Upsets, meanwhile, created a new pecking order in 3A. 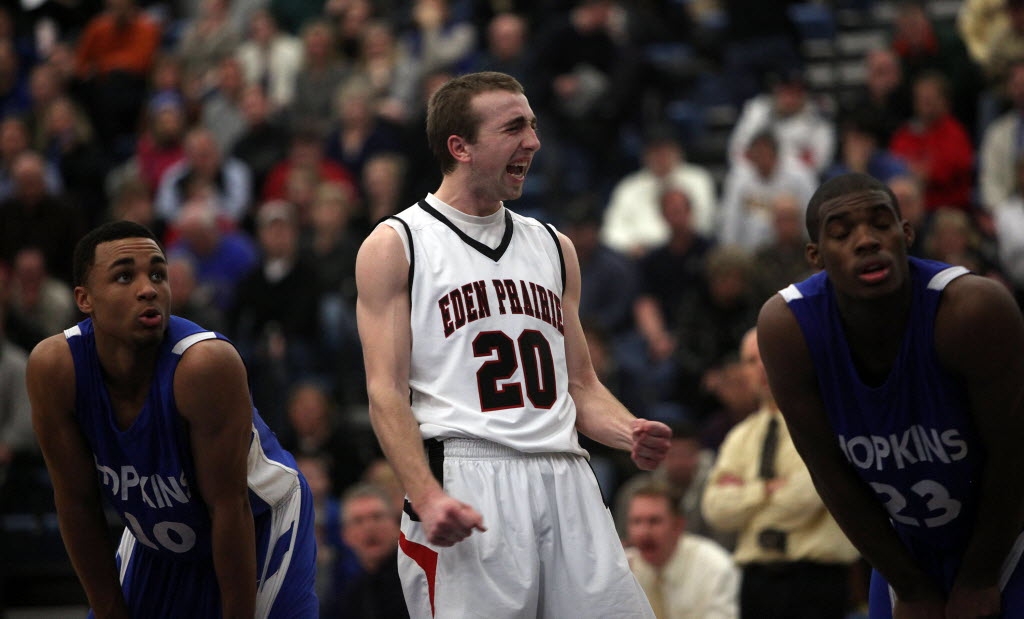 Joe Coleman (left) and Marvin Singleton (right) reacted as Hopkins fell from the ranks of the unbeaten vs. Eden Prairie earlier this season. /Star Tribune photo by Kyndell Harkness

Seeds for the Class 4A and 3A boys’ basketball state tournaments were announced Saturday, and it’s safe to say that section upsets — in particular in Class 3A — have altered the expected teams and the pecking order heading into Wednesday’s quarterfinals.

In Class 3A, defending champion St. Paul Johnson is the No. 1 seed to the surprise of nobody. But the No. 2 seed went to Waconia — meaning that squad, which was seeded No. 3 in Section 6 before upsetting Minneapolis Washburn and Benilde-St. Margaret’s, has a higher state seed than section seed.

Orono grabbed the No. 3 seed in Class 3A but has a tough quarterfinal matchup against St. Cloud Apollo. Orono vs. St. Cloud Apollo is a rematch from the regular season, which Orono won by seven, and both teams are 25-4. Columbia Heights, which upset DeLaSalle on Friday to earn its first state berth since 1930, is the No. 4 seed and will play Marshall.

In Class 4A, Hopkins is the No. 1 seed as the Royals go for their third consecutive state title. Eden Prairie, which handed Hopkins its only loss of the season (the teams split a pair of games) and survived a tough section final test against Chaska, got the No. 2 seed and drew Lakeville South in the quarterfinals.

No. 3 Osseo, having already defeated Maple Grove twice this year, will try to make it three over its conference foe in the quarters, while Cretin-Derham Hall — which upset Tartan in the section finals — is No. 4 and will take on Duluth East.

Only the top four seeds are chosen in Class 3A and 4A; their quarterfinal opponents are chosen by random draw. Class 1A and 2A don’t seed their tournaments, but rather have pre-determined section winners square off in the quarterfinals.