Dajuan Carter and Shaheed Muhammad combined for 49 of the Polars' 70 points. 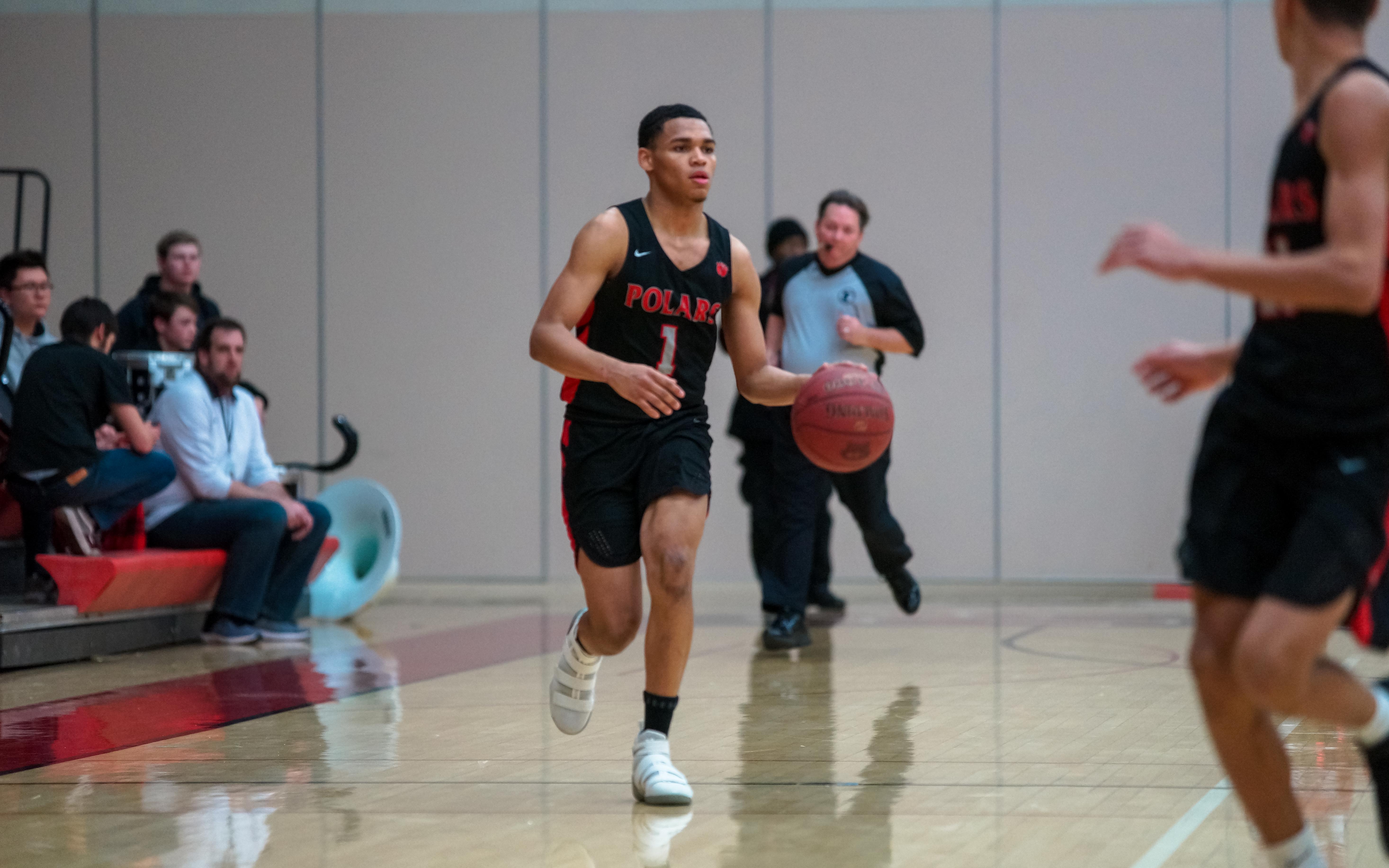 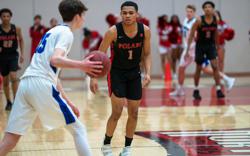 North St. Paul’s Dajuan Carter and Shaheed Muhammad proved to be a problematic duo for St. Thomas Academy on Friday.

Muhammad led with 15 points in the first half for the Polars. Carter took his turn scoring 15 in the second half in North St. Paul’s 70-64 home victory against St. Thomas Academy (7-7, 3-3).

“We always make jokes and try to have competitions at practice,” Carter said. “We always have 3-point shootouts and stuff like that, just have fun.”

The winner of the shootout depends on the day, according to Carter.

“It switches because some days he just out-guns me and then the next day I out-gun him,” Carter said. “We never let nobody else win though. It’s one or the other, we don’t let the other people win.”

Their competitive side displayed at practice elevates the team and makes everyone better. North St. Paul coach Damian Johnson said Carter and Muhammad do a great job leading by example on the court.

“Dujuan Carter and Shaheed Muhammad really stepped up scoring-wise in this game,” Johnson said. “Brenden Lankford-Johnson is just an all-around leader. Having those types of guys to lead us was big for our development.”

That combination of leadership made it possible to come out with a win in a close battle with the Cadets. It’s the tight matches that lead to development.

“Just getting close wins is important to develop character,” Johnson said. “One thing you are going to have to be able to do is have adversity in sections. This game was a game where we learned how to win when we were going through tough situations.”

With Carter and Muhammad’s scoring ability, like they put on display Friday, the Polars will have an easier time fighting through tough situations.

“When those two get going together, we’re a tough team to guard,” Johnson said. “You gotta pick your poison.” 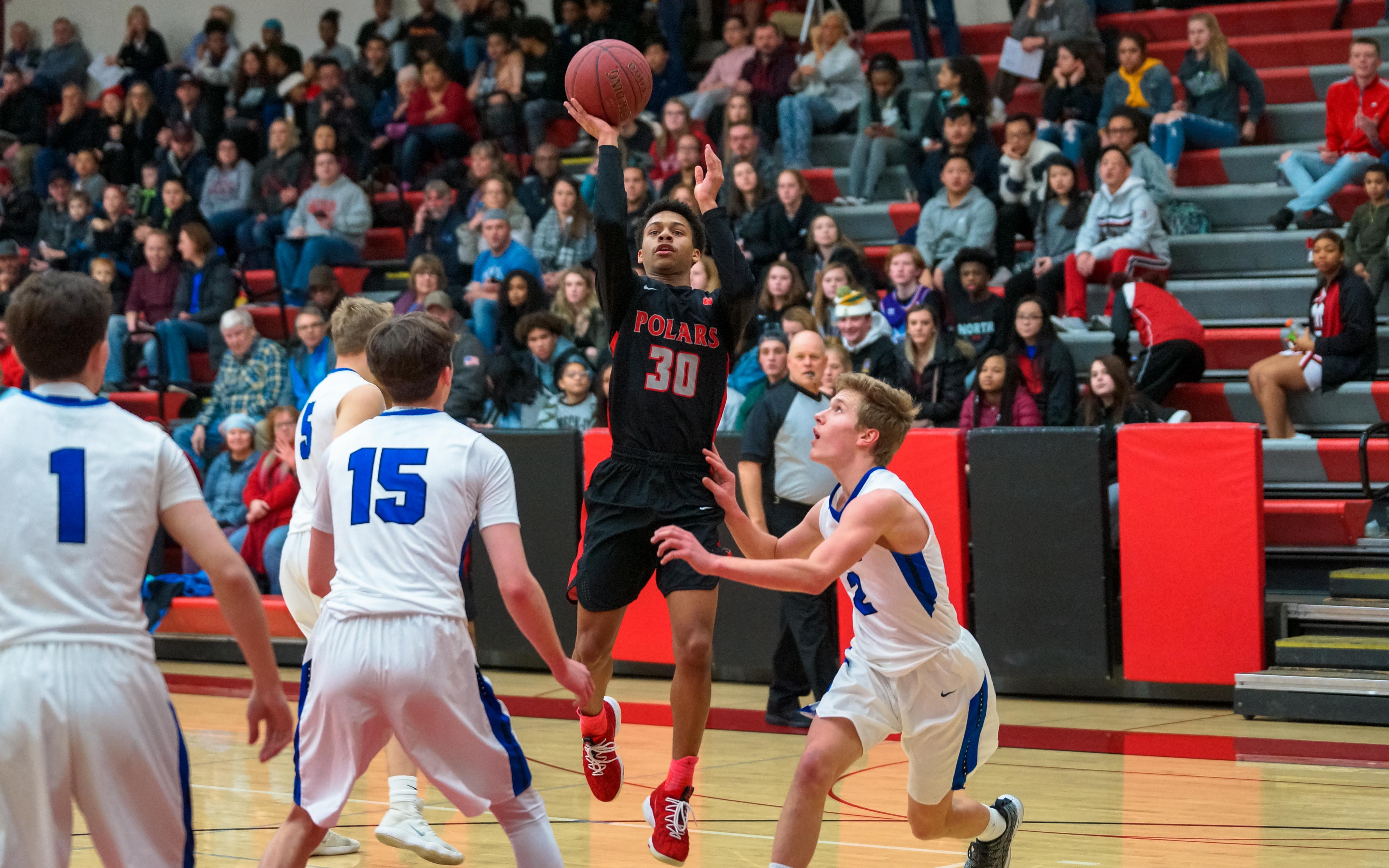 The Polars (8-5, 4-1) were down early before taking a lead into the locker room, despite the Cadets not making it easy.

Muhammad caught fire in the first half, scoring 15 of the Polars’ 36 first-half points. He finished with 24.

Cadets’ guard Jack Thompson had 13 of his 21 points in the first half.

The second half became a back-and-forth contest. The Cadets (7-7, 3-3) almost took the upper hand, but the Polars regrouped late in the game.

Dajuan Carter scored 15 of his 25 points in the second half — enough to push North St. Paul past St. Thomas Academy. 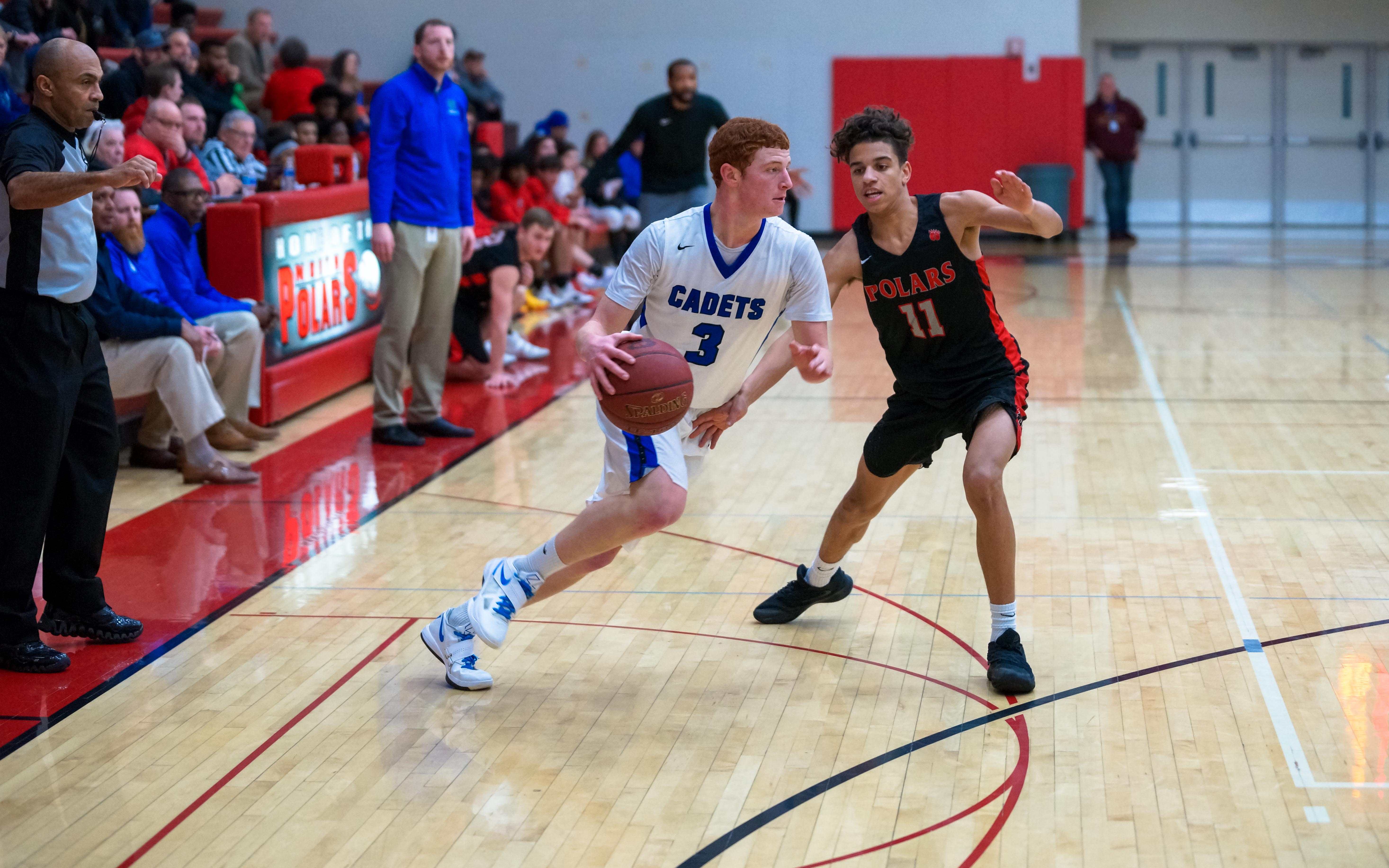