Two talented teams will tussle. Apple Valley will go for its fourth championship since 2013, but it must overcome the size of the top-seeded Raiders. 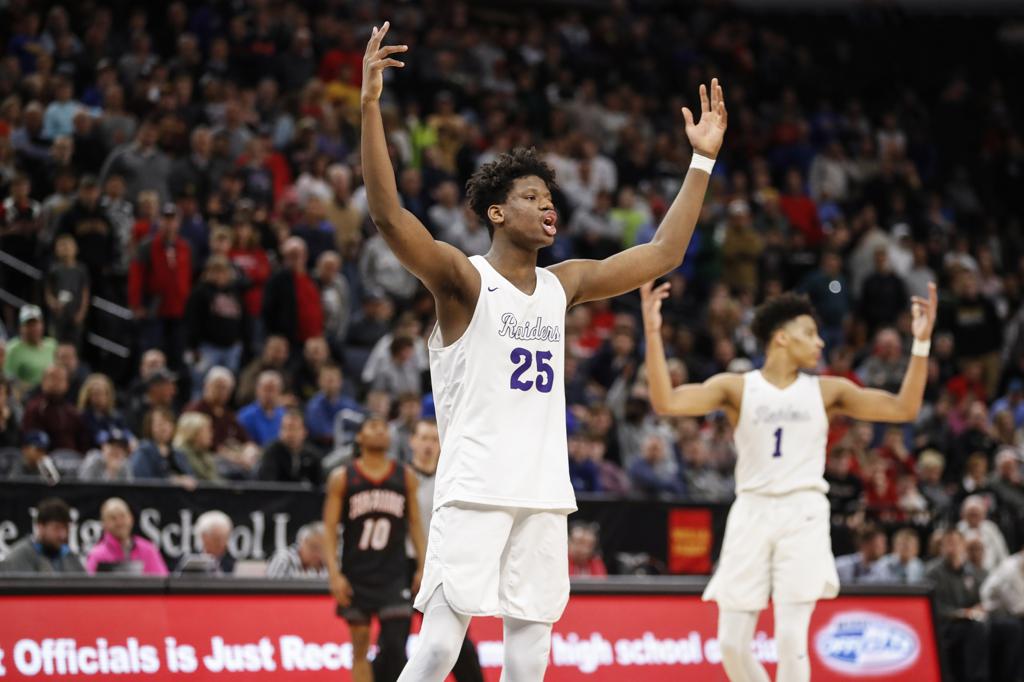 Why Apple Valley will win: The Eagles know how to win championships. Apple Valley has won all three championship games it’s played: 2013, 2015 and 2017. This year’s edition might be the most selfless team in the field. Outside of the marvelous Tre Jones and solid second fiddle Luke Martens, the Eagles get production from different sources every game, making it difficult to scheme against them. One constant is their commitment to defense. “For us, we know that the game is going to be won on defense,” Jones said.

Why Cretin-Derham Hall will win: The Raiders are certainly talented, but it’s their length that gives opponents fits. Daniel Oturu is 6-10 and Sy Chatman 6-8, and both are athletic as well. Oturu has thrived in the tournament with 48 points, 21 rebounds and 13 blocked shots. His presence forces opposing players to think twice any time they venture into the lane. Shooting guard Jaeden King, the Raiders’ long-range threat, has yet to score in two tournament games. He’s playing on an injured ankle, but odds are he won’t stay silent.

Key to the game: Cretin-Derham Hall point guard Ryan Larson was fabulous in its 60-56 victory over Eden Prairie in the semifinals. If Larson can take care of the ball and break down Apple Valley’s defense off the dribble, the Raiders will be hard to beat.