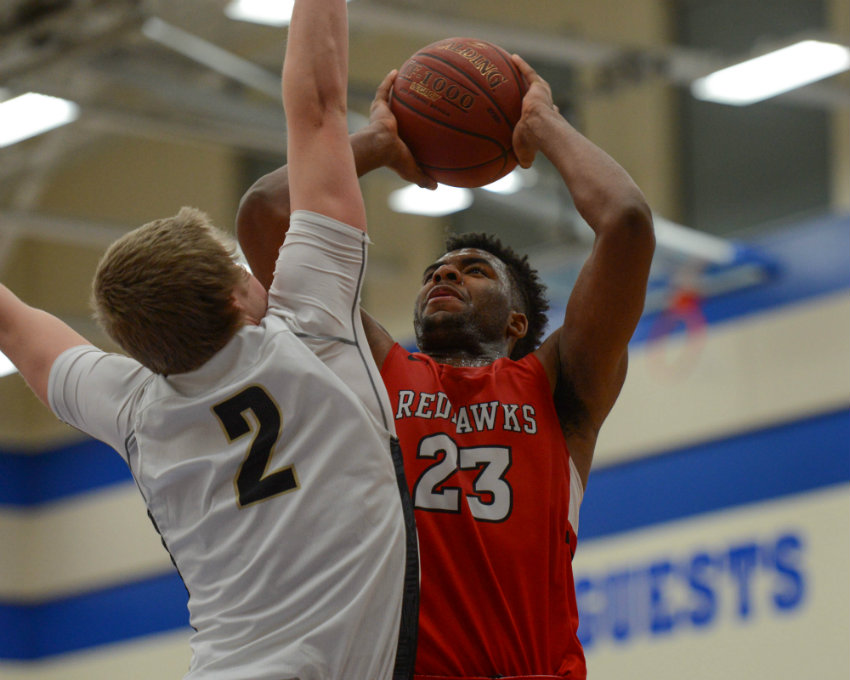 Minnehaha Academy's JaVonni Bickham (right) has had a formidable senior season and is one of 10 finalists announced for this year's McDonald Award. Photo by Carter Jones, SportsEngine

The Minnesota Basketball Coaches Association announced its list of 10 finalists for the inaugural McDonald Award on Wednesday.

Kannegiesser and Wishart have been forces to be reckoned with offensively, with Kannegiesser torching Class 1A opponents while leading the state in scoring. He finished his season with 888 total points, good for 35.6 points per game. Wishart, meanwhile, tallied 842 points between the regular season and section tournament, helping propel Delano to the Class 3A tourney.

While marquee names like Jones and Oturu have captured headlines this season, Bickham, a 6-foot-6 forward, went under the radar much of the regular season, averaging 13.2 ppg. The Denver commit has been a premium No. 2 contributor (complimenting sophomore Jalen Suggs' 14.9 ppg), leading the Redhawks into the Class 2A tournament with a chance to defend their state title from a year ago.

The McDonald Award, named after coach Bob McDonald, will be presented each season to the Senior Player of the Year beginning with the 2017-18 season. The recipient of the award will be honored sometime in late March or early April.

It's the coaches' association's intention that the McDonald Award will become the definitive Minnesota boys' basketball award.