Click photos to view the entire gallery from the game 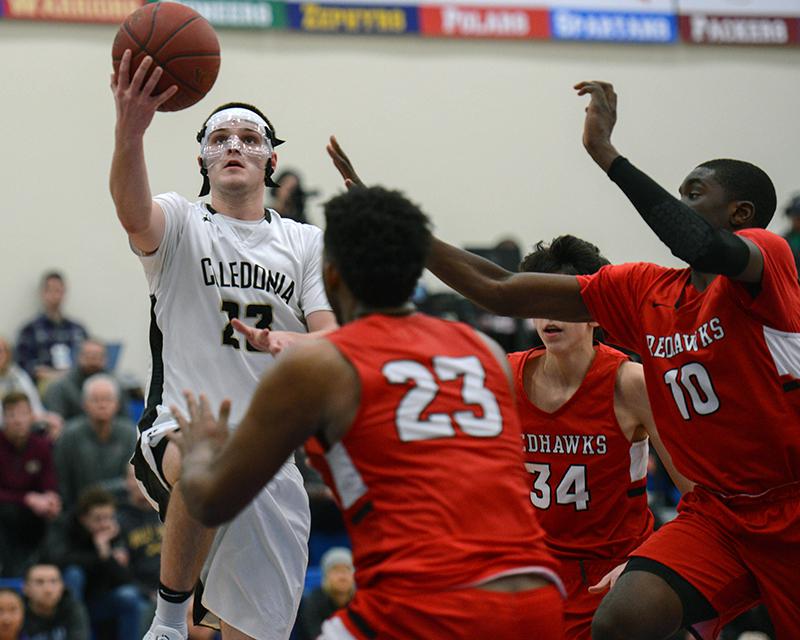 Either Minnehaha Academy won Saturday night’s contest against Caledonia on the free-throw line, or the Warriors, ranked No. 4 in Class 2A by Minnesota Basketball News, lost a chance to upset the No. 2-2A Redhawks because of missed opportunities at the charity stripe.

Host Minnehaha Academy won 79-75 in this Class 2A top-five matchup at St. Thomas Academy after shooting 15 of 18 from the free-throw line, including a perfect 8-for-8 night from senior forward and Denver commit JaVonni Bickham. Bickham came into the Caledonia game averaging 14 points per game, and finished with 13. But eight of his points might have helped the Redhawks squeak out the win.

“The free throws I made really came at crunch time and that’s what was most effective,” Bickham said. “We won by four points, so I think those extra free throws were really needed.” 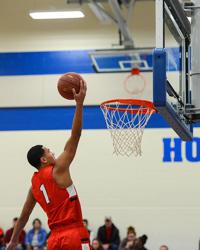 Ironic enough, Bickham was on the other side of big fouls, too -- a victim of foul trouble, Bickham exited the game with 1:09 remaining. Shortly after, sophomore standout Jalen Suggs fouled out, leaving the Redhawks without two of their biggest playmakers and the game on the line.

“They were out, and it was the next two guys up,” Redhawks coach Lance Johnson said. “Siegel Howard, No. 44, he was definitely the difference maker to me today.”

The numbers for Howard, a 5-foot-10 junior guard, don’t really pop out on the stat sheet: a 4-point night, including 2 of 2 from the free-throw line. But Howard sank those 15-foot gimmes when the Redhawks needed it.

Caledonia finished the first half strong, thanks to a Sam Barthel falling-down, buzzer-beating three-pointer to put the Warriors within four heading into the break. But midway through the second half, down by as many as 12, the Warriors (18-4, 6-1) couldn’t seem to catch the Redhawks.

It was the free-throw line, however, that might have killed the Warriors’ upset bid. Owen King went to the line with 27.6 seconds remaining, and missed both. Although King followed his second shot right into the arms of a Redhawks rebounder, stealing the ball and passing off to Noah King for a bucket, the Warriors shot 10 of 15 in free throws -- about a 20 percent difference from Minnehaha Academy.

Enter Howard, who was put on the line late in the game. Johnson said it’s those layers, kids stepping up when others are forced out, that make Minnehaha Academy so tough.

“We’ve got a coaching staff that the mantra is ‘Next man up,’” Johnson said, emphasizing the need for a deep roster this late into the season.

Bickham added: “I really have a lot of faith in my team.”

Owen King led all scorers with 27 points and Barthel contributed 18, while Noah King added 13 to the Warriors’ totals -- the trio made up 58 of Caledonia’s 75 points.

“We’ve been working hard at [free throws] because we haven’t been shooting that well,” Johnson said. “I think we were 8 for 8 down the stretch, so that’s a good confidence-booster. That’s why we play these games now, so the kids are in pressure situations and get that out of our bloodstream.” 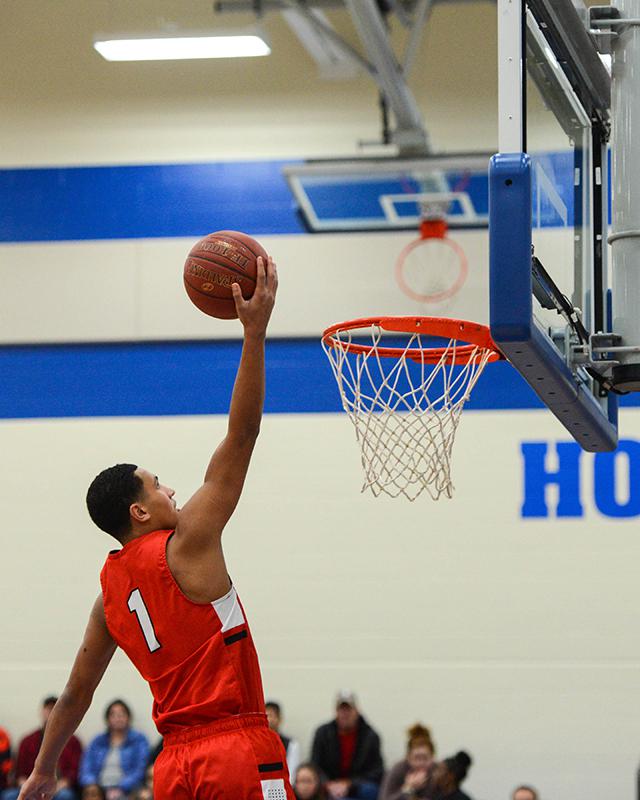 Minnehaha Academy, ranked No. 2 in Class 2A by Minnesota Basketball News, held off a late surge from No.4-2A Caledonia Saturday night at St. Thomas Academy to win 79-75, despite losing Jalen Suggs and JaVonni Bickham to foul trouble as the clock waned.

Suggs finished with 19 points, including a 2-for-3 night from the free-throw line. Bickham, a 6-foot-6 senior forward averaging 13 points per game, added 14, including a perfect 8 for 8 from the charity stripe.

Barthel drained a first half buzzer-beating three-pointer as he was falling down, pulling the Warriors within four. Coming out of the break, Caledonia went on a 4-0 run before Minnehaha Academy found its stride and went up big, as much as 12 points at one point.

The Warriors fought back, ultimately pulling within two with 44.9 seconds remaining after King stole a ball down low from the Redhawks, and found a streaking Marten Morem way down court for an open layup. King was fouled during their next possession, but missed both free throws.

With Suggs and Bickham out, the Warriors fouled Siegel Howard III, who found the bottom of the net to push the Redhawks out of range. 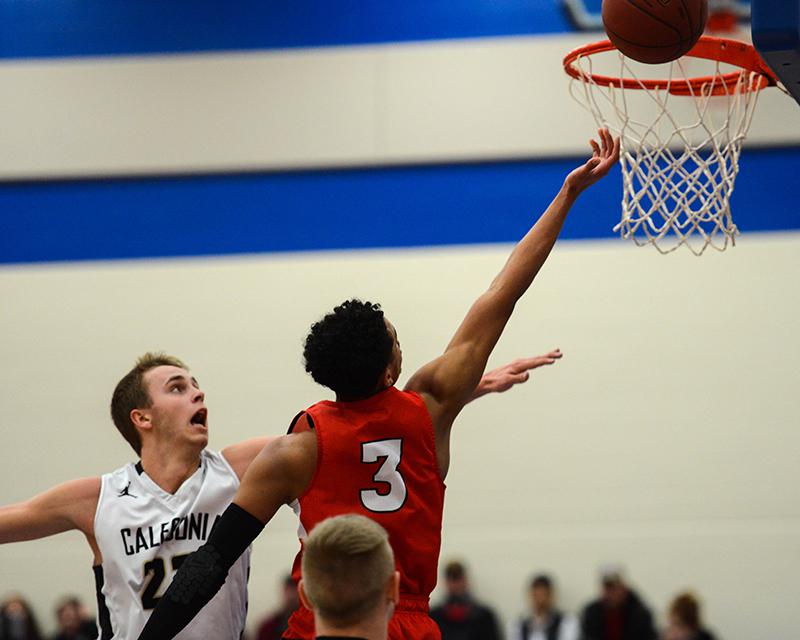 Click here to view a photo gallery from the game