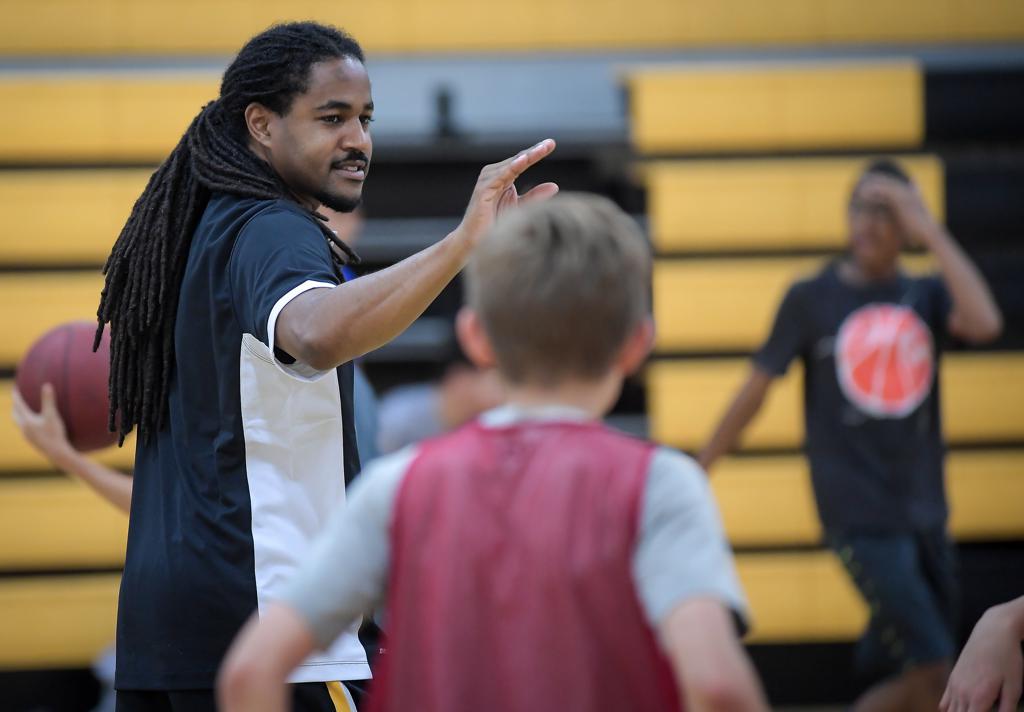 Three of the state’s most promising boys’ basketball coaches — Travis Bledsoe of DeLaSalle, Joe Janquart of Lakeville South and Bryce Tesdahl of East Ridge —recently took over at new programs. They are using summer workouts to build new relationships and winning cultures.

June 1 marked the first day coaches could work with players, and Bledsoe wasted little time. Players were summoned for 6:30 a.m. workouts, the same schedule Bledsoe experienced throughout his career as an Islander.

No new coach faces greater expectations than Bledsoe, a 2005 DeLaSalle graduate who inherits a program that won the past six consecutive Class 3A state tournament titles.

Still, he said he slept well on the eve of his new job.

“I was excited,” said Bledsoe, who previously served as Centennial’s head coach for three seasons. “I was only hired about a week before the summer workouts so there was no chance to let anything sink in. It just felt natural.”

Well, almost. Remodeling within the school required Bledsoe to relearn his way around. Small details on the court have occupied much of his focus. The Islanders played in the Wisconsin Badgers team camp without starters Sage Booker and Gabe Kalscheur. Yet DeLaSalle, a private school on the edge of downtown Minneapolis, went 5-1.

“I’ve been around a lot of the kids because when I was at Centennial we scrimmaged DeLaSalle every year,” Bledsoe said. “But it’s an adjustment because they’re not used to my coaching style. It’s similar to [predecessor] Dave Thorson but it’s still a different voice.”

Bledsoe, a Mr. Basketball finalist as a senior, later played at the University of North Dakota, where he was a team captain and scored more than 1,000 career points.

No two basketball programs are alike, but Janquart is confident his successful formula will translate from North St. Paul, where he last coached, to Lake- ville South.

Those tenets produced success the past two seasons as Janquart led the Polars to their first state tournament in 17 years, first conference title in 45 years and a combined 41 victories. After the 2015-16 season, Janquart was named Class 4A state coach of the year.

The goal now becomes elevating the Cougars to their first state tournament appearance since 2011.

“This is an opportunity I thought I had to jump at,” said Janquart, who is reunited with activities director Tom Dasovich. The two coached together at Henry Sibley.

Recent games at the Gophers’ team camp, which featured just three Cougars with varsity experience, allowed Janquart to further implement “that mentality of how we want to do things,’’ he said. “We were able to give them a good helping of what we’ll be doing on offense and defense.”

“Players need to know, ‘Do you love me?’ and ‘Can you teach basketball?’ ” Janquart said. “Showing them both of those things works well, whether you’re coaching kindergartners or 18-year-olds.”

Tesdahl in for long haul

During his stint at New Prague, he acknowledged “maybe implementing too much rather than taking more time. This doesn’t get done in a week.”

Not that the Trojans suffered. They won 43 games the past two seasons and captured the 2015-16 Wright County East Conference.

Still, Tesdahl is taking a more measured approach toward the East Ridge job. He inherited Division I-caliber players Courtney Brown Jr. and Ben Carlson. He said he expects the Woodbury-based school to “compete for conference, section and state titles down the road.”

No slow ride existed this summer, however. The Raptors held one practice with Tesdahl before hosting a tournament.

“It was not ideal, but we went 4-2 in our six games,” he said. “We didn’t care about wins or losses. All we were trying to do was improve.”

“The players’ expectation is to win, but there is a process to winning,” Tesdahl said.

“A couple people I’ve met have asked how many wins I need to catch him,” Tesdahl said. “I told them I don’t think I’ll coach 59 years. But I can see myself staying a long, long time at East Ridge.”