More kids, even before high school, are seeking private instruction from former college and professional basketball players to improve their skills. 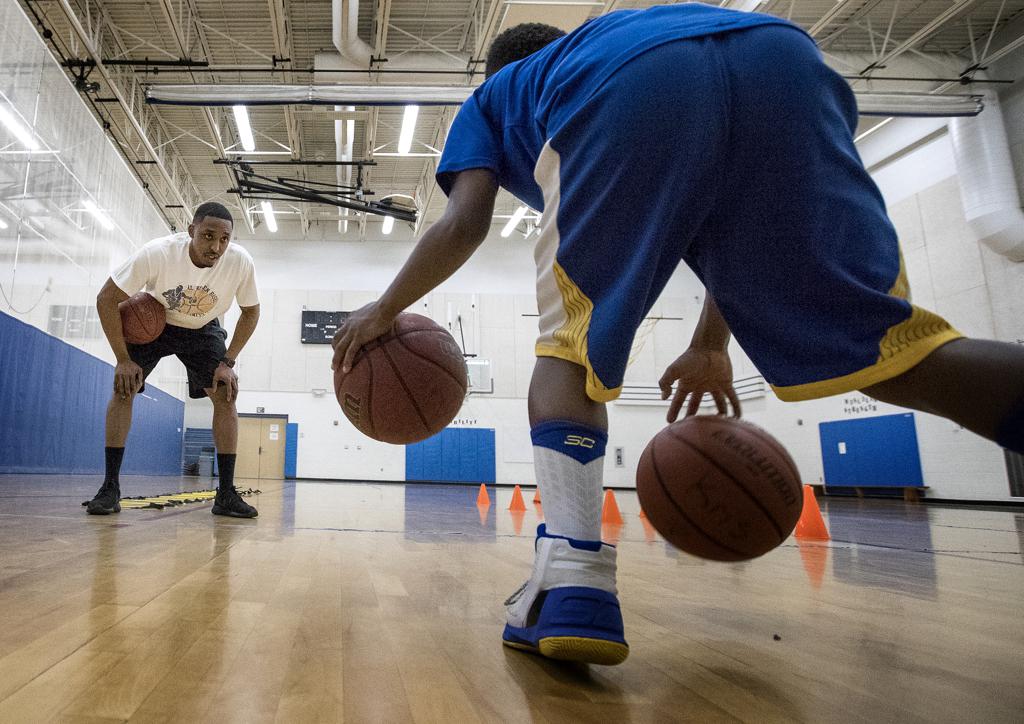 The student looked a little tired but Al Nolen kept encouraging — demanding — him to push himself.

Ten-year-old Kristian Baker happily obliged, executing a series of crossovers and behind-the-back dribbles before firing a step-back jump shot that touched nothing but net.

This scene is being played out in gyms across Minnesota as more kids, even before high school, seek private instruction from former college and professional basketball players to improve their skills.

Baker, a fourth-grader from Golden Valley, has worked with different personal trainers since he was 7 years old. He is already talented enough to play two grade levels up for Minneapolis travel teams. Supported by his parents, he trains with Nolen once a week for an hour. The high-tempo workout includes advanced ball-handling and shooting drills.

“It’s just like anything you do, like math or reading, if you put extra work in, you get better at it,” said John Baker, Kristian’s father.

As basketball has evolved into a year-round sport for many kids, private instruction has become a thriving business. Former players typically rent court time at gyms for sessions or work with individuals or groups at facilities built specifically for basketball instruction.

A private session generally costs between $40 to $60 per hour, depending on age level and instructor.

Nolen played professionally in Europe for a few years after his Gophers career. He returned to the Twin Cities and works as an administrator at Park Center High. He started training kids after being approached by a number of parents looking for help.

“I have people come up to me with their kids as young as 5 years old,” said Nolen, who uses Davis Community Center in Golden Valley as a home base. “I tell them there’s not so much I can do with them at that age. People are really wanting to get their kids top-notch training. That’s kind of the new norm around here.”

Kelley started with 150 kids and has grown his business steadily, making it his full-time job. He gives private instruction to 25 kids per week in the spring, 35 in the summer. He also has 20 coaches who assist him.

His client list ranges from youngsters to high school players to adults. He currently trains a man in his mid-40s who plays pickup basketball three times a week.

“He wants to improve his shot,” Kelley said.

“I’m a firm believer that it takes players to another level,” he said.

When John and Kelly Baker first sought private training for their son, they hoped to improve his fundamentals. Kristian also plays soccer and golf and loves to snowboard, so he’s not specializing in basketball.

Nolen said he tries to strike a balance between pushing his students and making sure they enjoy workouts. He constantly reminds himself that Kristian is only 10.

That’s why Nolen ends every session with a shooting game. At a recent workout, Kristian won a game of P-I-G by draining a shot on a side basket that was raised to about 12 feet. Nolen missed his attempt and laughed.

“You always want them to have fun,” Nolen said. “That way they will continue to want to work out.”