Increased enrollment is expected to result in the Polars, who have dominated Class 1A in recent years, moving up at least one class but coach Larry McKenzie prefers going to Class 3A. 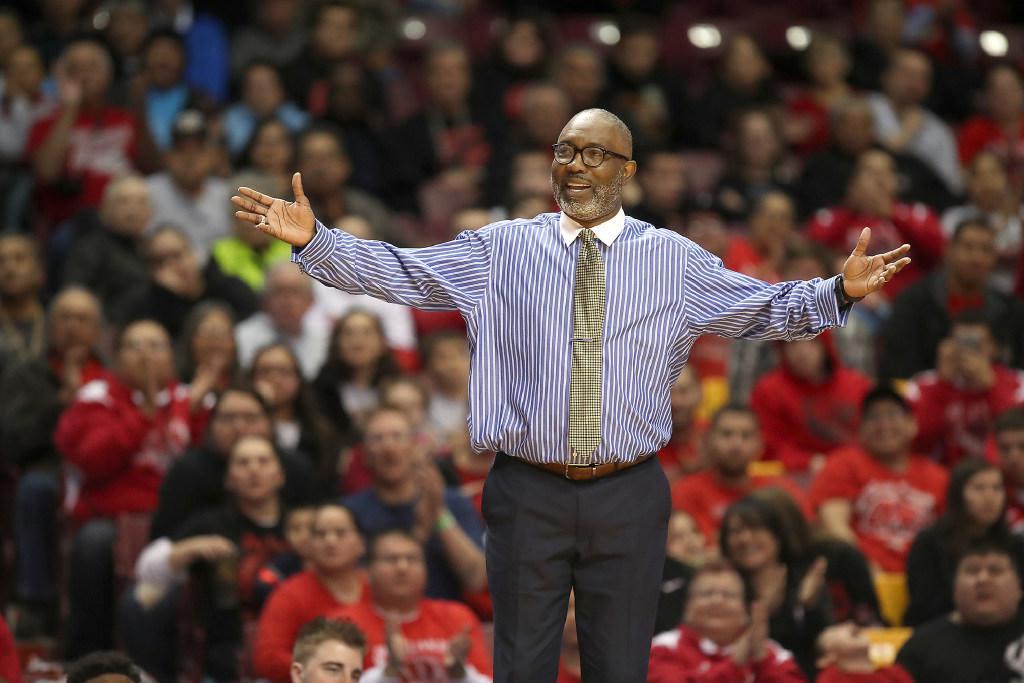 Minneapolis North coach Larry McKenzie, who hopes his team will move up in classification starting next season, looked for a foul call during the Polars' Class 1A quarterfinal game with Red Lake on Thursday at Williams Arena.

Minneapolis North boys’ basketball coach Larry McKenzie realizes the time has come for his Polars to move up in classification. He prefers to take more than just the next step.

“My request and preference is to go up to Class 3A,” McKenzie said Thursday after his squad disposed of Red Lake 93-46 in the Class 1A quarterfinals at Williams Arena. The Polars are the defending state champion in the class.

“I think that’s the best fit for us,’’ said McKenzie, who previously won four consecutive championships in Class 3A while coaching at Minneapolis Henry. The Polars have trounced their post-season competition heading into the state tournament, defeating five teams by an average of nearly 70 points per game.

A Minnesota State High School League contingent on Friday will review advisory board recommendations for section placement for the 2017-18 and 2018-19 school years. The league reclassifies teams every two years.

Minneapolis North is expected to move up at least one class in boys’ basketball due to increased enrollment. It currently is the largest Class 1A school in the state tournament field with an enrollment of 199. Breckenridge is the smallest of the Class 2A group at 222. Hayfield, with one more student than Minneapolis North, is currently in Class 2A.

“We definitely want to go up in classification,” McKenzie said.

North, threatened with closure several years ago when enrollment fell below 100 students, has six state titles in 20 state tournament appearances. Before last season’s title run, it had been 13 years since its last state tournament in 2003, when it competed against the state’s largest schools in Class 4A.