The boys' basketball team is poised for a rare winning season. 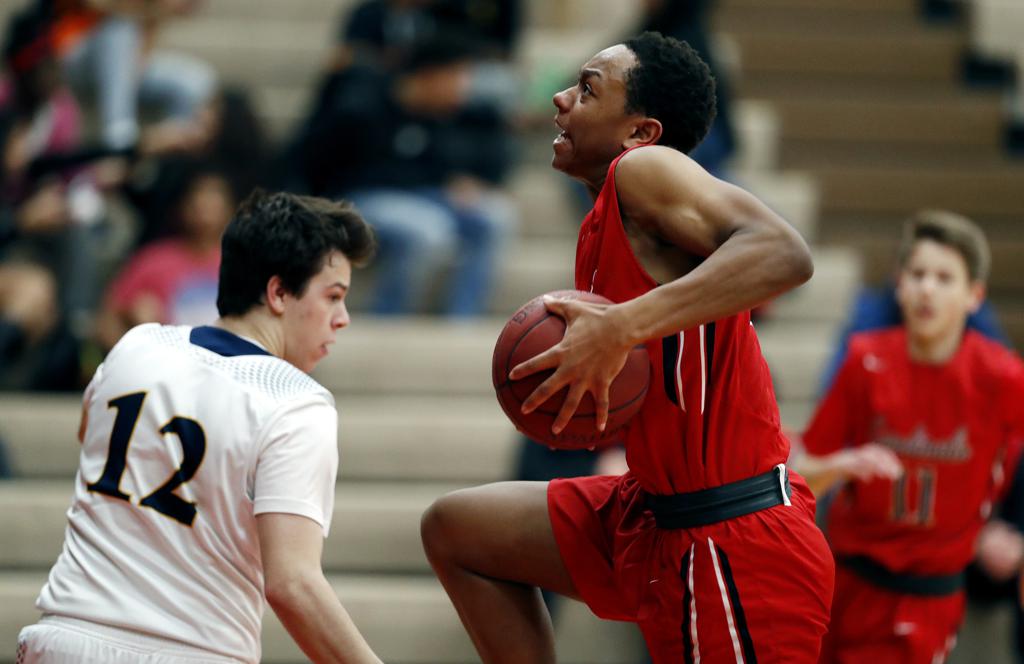 A year before Ogorek’s arrival, the Cardinals went 0-27. His first season as head of the program started unlike most. An offseason of inconsistent summer workouts resulted in his two returning leading scorers not returning to the team.

In Ogorek’s first season, Coon Rapids won only one game. But he felt his message and brand of basketball were beginning to manifest inside the program.

In the 2014-15 season, the Cardinals won two games. Last season they won three. This season they have already won eight games, including victories against Forest Lake, Elk River and Centennial.

Coon Rapids (8-6) is in position to have its first winning season since 2000.

“The decisions in 2016-17 impact the 2019-20 and ’20-21 [seasons],” Ogorek said. “We must always remember that, and our decisions must always be three to four years in advance because there are young eyes and ears seeing and watching what we do.”

Rask, though not a stat stuffer, is “the general,” Ogorek said, regularly taking command of practices, ensuring teammates are in their correct spots and moving quickly between drills.

In games, he sacrifices himself for the team, takes charges and is a trusted part of the Cardinals rotation.

Warner, Johnson and Rask lead a group of six Coon Rapids seniors who have endured some of the basketball program’s darkest days but are the catalysts for its newfound success.

“We have been struggling in recent years,” Rask said. “Us playing together for so long has created a lot of perseverance in this group.”

The Cardinals are 4-1 in games decided by four points or fewer. Warner calls that a sign they are playing as a unit on offense and defense.

Ogorek sees those victories as a shift in culture.

Coming to Coon Rapids from the Blaine boys’ basketball program, where he was an assistant, Ogorek brought concepts beyond installing a motion offense and applying full-court defensive pressure.

“We pick up our cups after games because the custodians don’t need to be doing extra stuff,” Ogorek said. “That is what is special about this group. Regardless of how the record goes, this program culturally is where we want it to be.”

The Cardinals’ reputation also is changing inside the halls of Coon Rapids High School. During his first few years, Ogorek would field e-mails from teachers about players’ poor grades or distracting behavior in classrooms.

Now he gets messages about the types of leaders his players are in class.

The student body is taking notice, too.

“We have started winning and competing,” Johnson said of regaining his peers’ respect. “We are going out there and having pride on the court.”

With home game attendance flourishing, this group of Cardinals is feeding off crowd energy in ways they never have before. That was evident in their 65-61 home overtime victory against Andover on Jan. 24.

Warner said the way people talk about the basketball team around school or on social media also has changed.