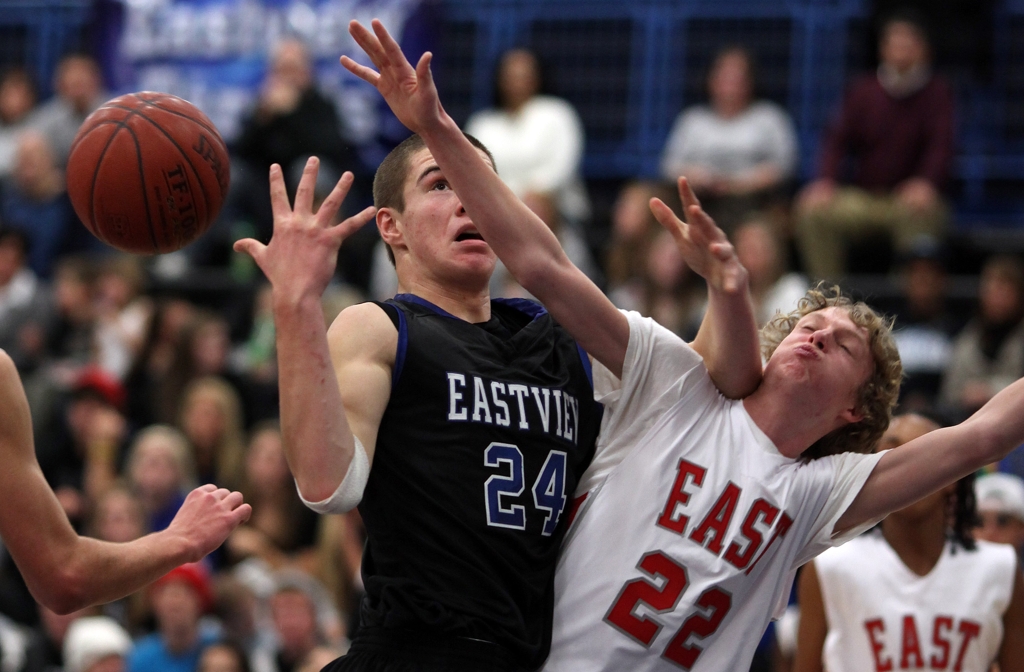 Eastview's Joey King and Duluth East's Danny Moe went after a loose ball under the basket during first half action.

• EASTVIEW 74, DULUTH EAST 61: Two of the top juniors in the state, Joey King of Eastview and Johnny Woodard of Duluth East, traded baskets through most of the night. Then Woodard went to the bench in foul trouble, and the Lightning took full advantage to pull away for a non-conference victory Friday night in Apple Valley. King finished with a game-high 28 points, while Woodard wound up with 27.

• ST. PAUL JOHNSON 61, LAKEVILLE SOUTH 60: Estan Tyler has been a proven winner during his entire career with the Governors. The senior guard scored on a tip-in at the buzzer, lifting Class 3A defending state champion St. Paul Johnson over the Cougars. Tyler finished with 19 points. Senior forward Alex Richter had a game-high 33 points for Lakeville South.

• CHASKA 75, LAKEVILLE NORTH 60: Jake White picked up right where he left off last season. The senior forward, coming off an excellent junior year, scored 34 points as the Hawks beat the Panthers. White scored 25 points in the second half.

• COLUMBIA HEIGHTS 66, MOUNDS VIEW 62 (OT): Now that Jacob Thomas is gone, it’s Zach Lofton’s turn to do the heavy lifting for the Hylanders. The senior guard poured in 42 points, including seven-pointers, as Columbia Heights outlasted the Mustangs.

• SOUTH ST. PAUL 55, PARK OF COTTAGE GROVE 53: Alex Belde came through like the experienced senior he is. The 6-2 forward hit a shot at the buzzer, giving the Packers a victory over the Wolfpack. Belde finished with seven points. Senior guard Nate Rother was the only Packer in double figures with 14 points.

• CHISAGO LAKES 66, PRINCETON 54: Benji Figini, a 6-foot-8 senior forward, scored more than half of the Wildcats’ points, finishing with 34 in a victory over the Tigers. Chisago Lakes built a 13-point lead at halftime.

• HILL-MURRAY 71, HOLY ANGELS 54: Senior forward Rob Daul scored 27 points, including the 1,000th of his career, leading the Pioneers past the Stars.

• MARANATHA 71, ST. PAUL ACADEMY 30: Philip Eickman and SaVaughn Jordan each had 17 points, pacing four Mustangs in double figures in their victory over the Spartans. 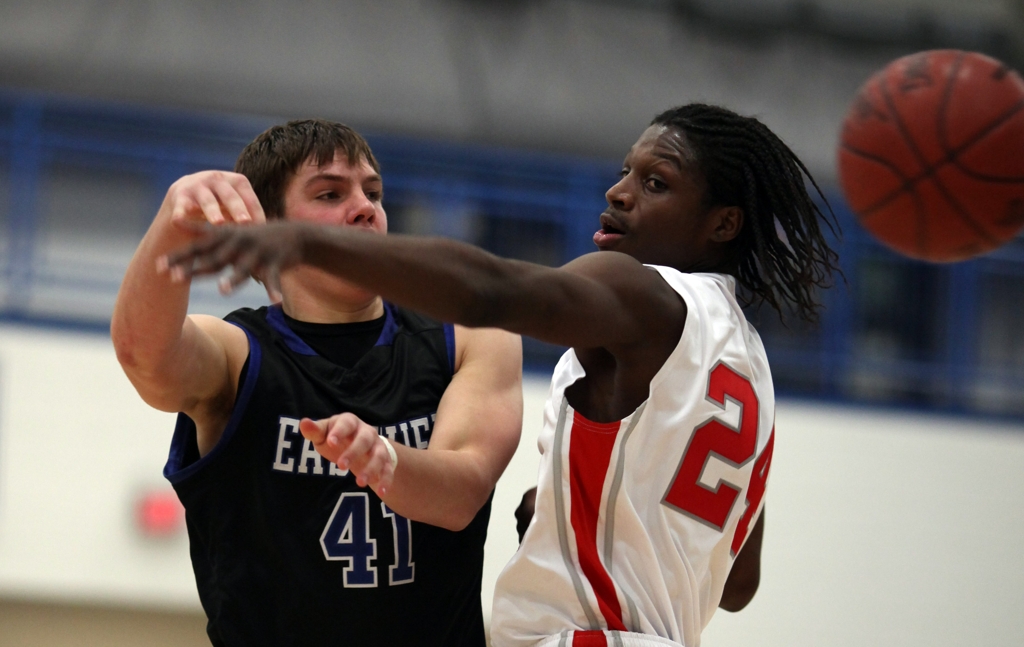