DeLaSalle being in the state championship game is nothing new, and neither is one of coach Dave Thorson’s scheduling philosophies. 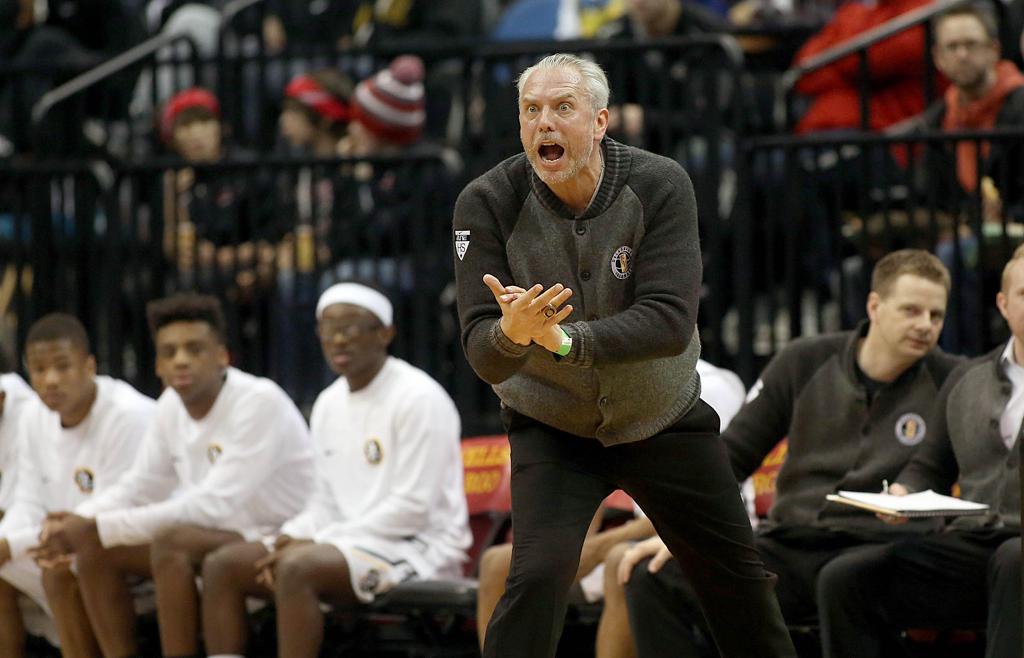 DeLaSalle being in the state championship game is nothing new, and neither is one of coach Dave Thorson’s scheduling philosophies.

The Islanders should be well-­prepared thanks in part to experience from early in the season when DeLaSalle (23-4) lost to Texas’ Atascocita High School and Champlin Park on back-to-back days.

Thorson chose to schedule the two top-notch teams that way for a reason.

“You have to be able to have one or two back-to-backs to be able to handle [the state tournament], to go from Wednesday to Thursday and to have a short memory in terms of just survive and advance,” Thorson said.

“They’re so much faster than anybody we see down south,” Freitag said. “But it was fun playing against a team like that.”

The historic nature of the game eased Freitag’s pain. The Cyclones made their state tournament debut 19 years after then-senior Charles Freitag fell one game short in 1997. Redemption came as he coached his son’s team Thursday.

“It means a lot to be part of this team, and I hope people will remember us,” Brandon Freitag said.

Inside force gets his due

Kam Bettie has been an unsung force for Osseo this season, a steady hand who is the Orioles’ primary weapon inside.

His timing, however, is admittedly not his best attribute.

The 6-4 senior center, who averages 12.5 points and 5.2 rebounds per game, played tight end for the Osseo football team through his junior year but decided to forgo football last fall.

Osseo won the Class 6A championship last fall, defeating East Ridge 14-13 in the final. Six members of the football team play for the basketball team.

“I don’t know what I was thinking,” Bettie said. “I could have been trying for two championships in the same year.”

The Mr. Basketball of Minnesota Committee has announced the five finalists for the 2016 Mr. Basketball Award. The award is given to the senior player the committee selects as the most worthy student-athlete. Champlin Park’s J.T. Gibson won the award in 2015.

Coffey and Hurt signed with the Gophers in November.

The winner will be announced after the boys’ basketball state tournament.