The Eagles can wrap up the the South Suburban Conference title this week, while the Sabers can play spoiler with a win. 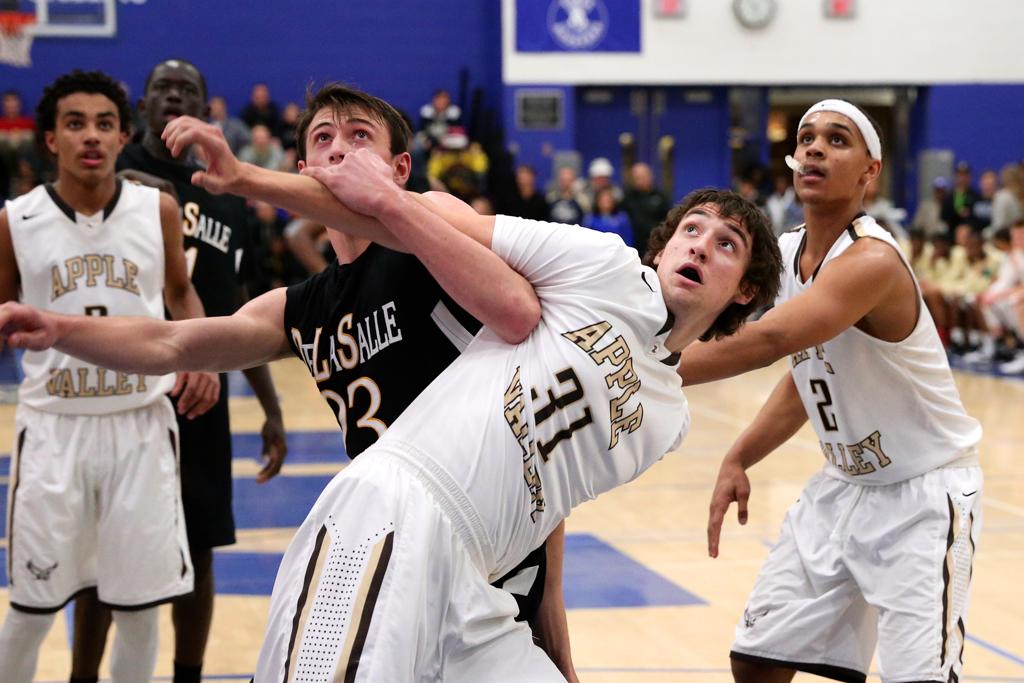 Apple Valley's Steven Christiansen battles with a DeLaSalle's Jeffrey Daubanton for a rebound as Tre Jones (3) watches during the Eagles' 83-69 victory over the Islanders in the Breakdown Sports Tip Off Classic at Minnetonka High. Photo Brian Nelson

Apple Valley's play this season had many people assuming the Eagles, ranked No. 2 in Class 4A by Minnesota Basketball News, would run away with South Suburban Conference title, that was until a 73-30 league loss to Eastview on Feb. 6 shattered those preconceptions.

Apple Valley (20-2, 13-1) still remains atop the conference standings despite the defeat, but the loss gives Shakopee a sliver of a chance to capture the crown.

To finish as league champs, the No. 10-4A Sabers (16-6, 11-3) need to win all their remaining games - including a matchup with Apple Valley on Feb. 13 - and need two of their league foes to top the Eagles in the final two weeks.

Apple Valley can end all speculation and wrap up the league title with a victories over Burnsville on Feb. 10 and and Shakopee.

Despite all the dominos that have to fall for Shakopee to win the South Suburban, this matchup with Apple Valley - and the potential ripples a loss would cause - is our Top Game if the Week.