The No. 1-4A Rebels aim to stay undefeated as they play a road game against No. 5-4A Robbinsdale Armstrong. 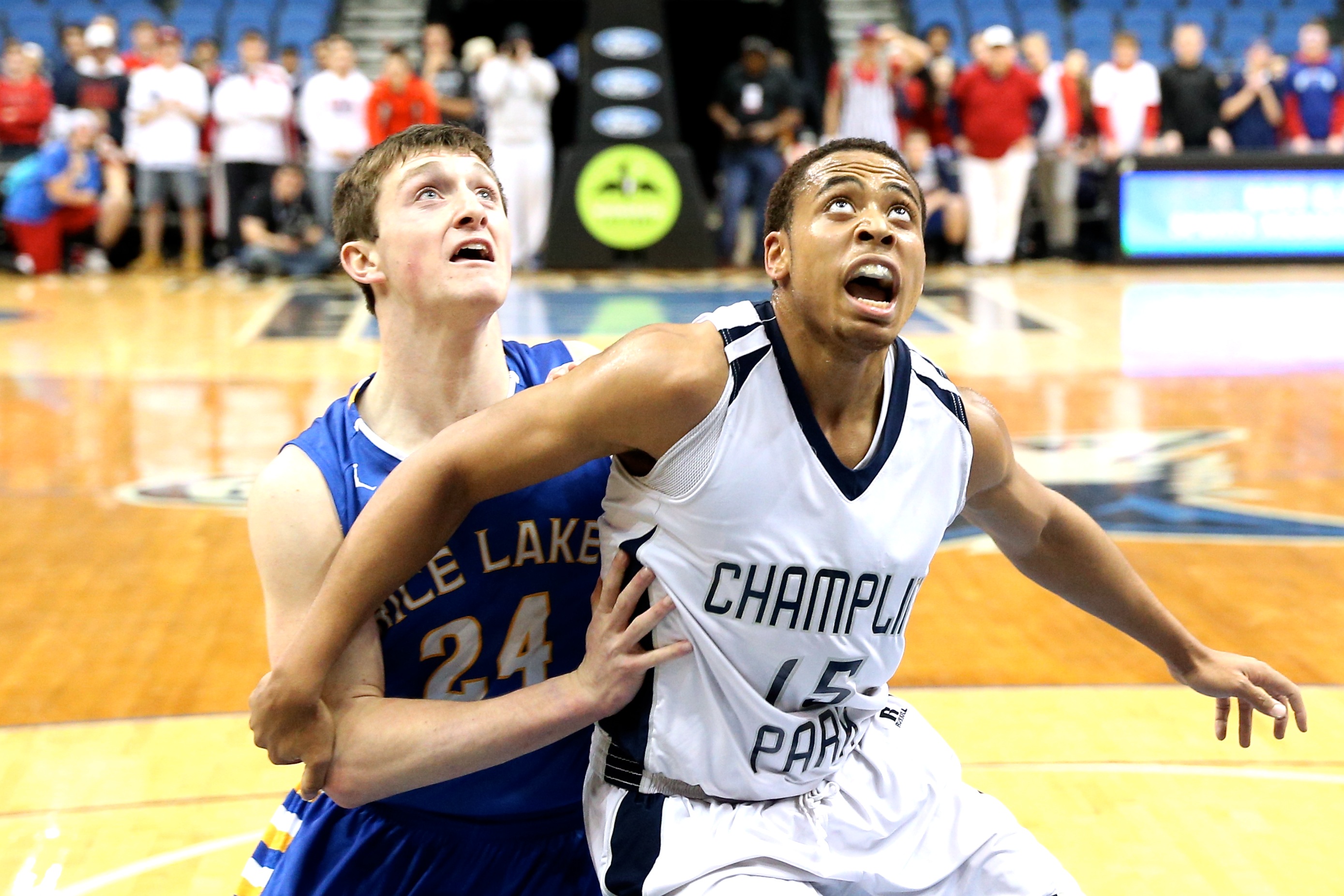 Champlin Park's J.T. Gibson (15) battles with Rice Lake's Hunter Ashlin for rebounding position in the Rebels' 75-71 victory over the Warriors in the 2015 Timberwolves Shootout at the Target Center on Jan. 10. Photo by Brian Nelson

The season's midpoint has passed and Champlin Park still has not lost a game.

The Rebels are 14-0 due, in part, to their ability to close out games against several of the best teams in the state.

Champlin Park, ranked No. 1 in Class 4A by Minnesota Basketball News, has victories over Hopkins, Cretin-Derham Hall, Roseville, Apple Valley (teams that are or were ranked this season) and Wisconsin power Rice Lake in games decided by less than 10 points.

Up next for the Rebels (6-0 in league play) is a showdown with Northwest Suburban Conference West Division powerhouse Robbinsdale Armstrong. Ending the winning streak of the Champlin Park, the leader of the Northwest Suburban's North Division, would certainly be a feather in the cap of the No. 5-4A Falcons.

Armstrong (11-1, 5-1) has experience winning close games, although not against the type of top competition faced by the Rebels. The Falcons defeated conference foes Totino-Grace, Osseo and Irondale by a combined seven points.

Champlin Park's schedule seems to offer few challengers. The Rebels next big test could be against another West Division team in No. 4-4A Maple Grove on Jan. 20.

The combined record of the teams remaining on the Rebels' schedule is 51-79 (as of Jan. 11), making an undefeated regular season seem attainable.

With Champlin Park chasing perfection and Robbinsdale Armstrong poised to play spoiler, this conference clash is no doubt the Top Game of the Week.