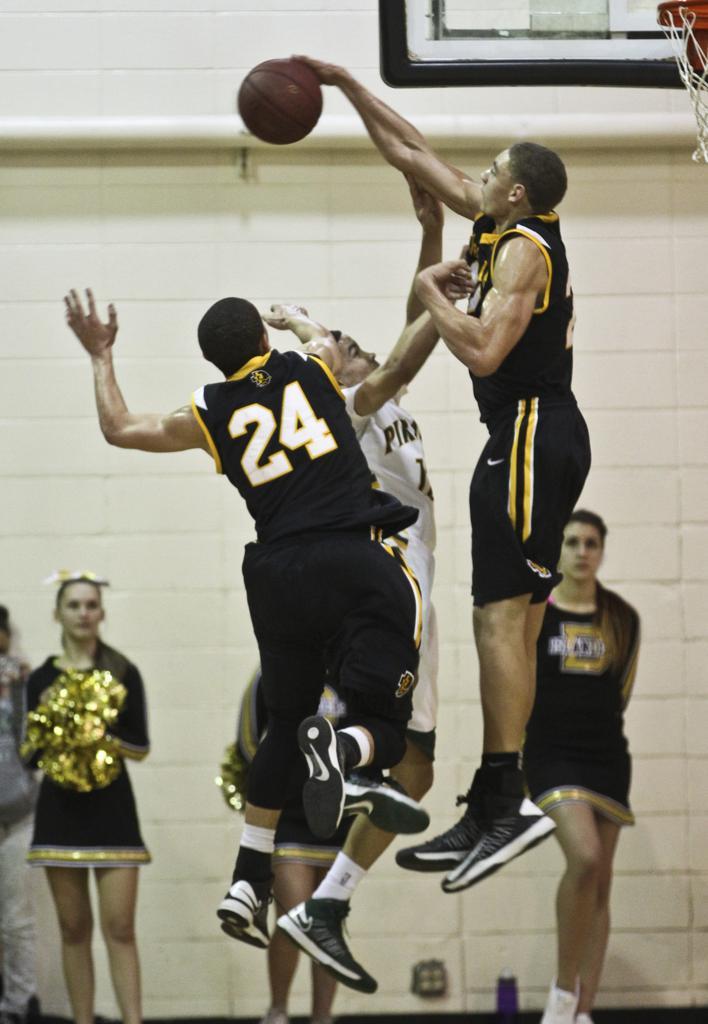 As Quinton Hooker powered toward the basket and tipped in the final bucket of the first half, DeLaSalle coach Dave Thorson realized something: For 18 minutes he had watched Class 4A's No. 1 team, Park Center, get the edge under the basket and, more important, on second-chance opportunities. It wasn't the game he wanted to see.

"They're tougher than we are," Thorson yelled as he exited the floor for the break on Thursday night at DeLaSalle High School.

The outburst continued in the locker room. Islanders guard Luke Scott described Thorson's rant as "going nuts," usual for the veteran coach but what Scott and his teammates needed in the meeting of No. 1-ranked teams. The coach's passion rubbed off on the players as Class 3A's No. 1 Islanders used the guidance to rally to a 74-60 victory and hand Park Center its first loss.

Within minutes of returning to the court after a 38-34 halftime deficit, the Islanders (5-0) took the lead and never trailed again.

A well-set-up play to open the half immediately changed the mood of the game as Reid Travis finished off two quick passes with one of several dunks on the night. The quick basket was his first of 26 second-half points; he finished with 36 and continued his streak of double-doubles with 12 rebounds.

"They took the fight to us and we switched it up in the second half," Travis said. "This was good for us growing as team. We had a tough first half, and the second half everyone turned the lights on."

The biggest change came in second-chance opportunities. Park Center (9-1) converted six offensive rebounds into 10 points in the first half but had only two in the second half for two points. The Pirates were a completely different team as their shooting percentage plummeted.

Hooker, the standout guard, made just three field goals after the break and scored 24 points, and Isaiah McKay failed to make a basket after scoring eight in the first half.

"I think effort" was the difference, Hooker said. "They are well disciplined."

The discipline was evident as DeLaSalle consistently executed plays after timeouts in the second half and proved to the rest of the state it can play with any class of team.