Stillwater hands Mounds View its first loss of the season

Senior Max Shikenjanski led the Ponies with 29 points in the 67-56 victory. 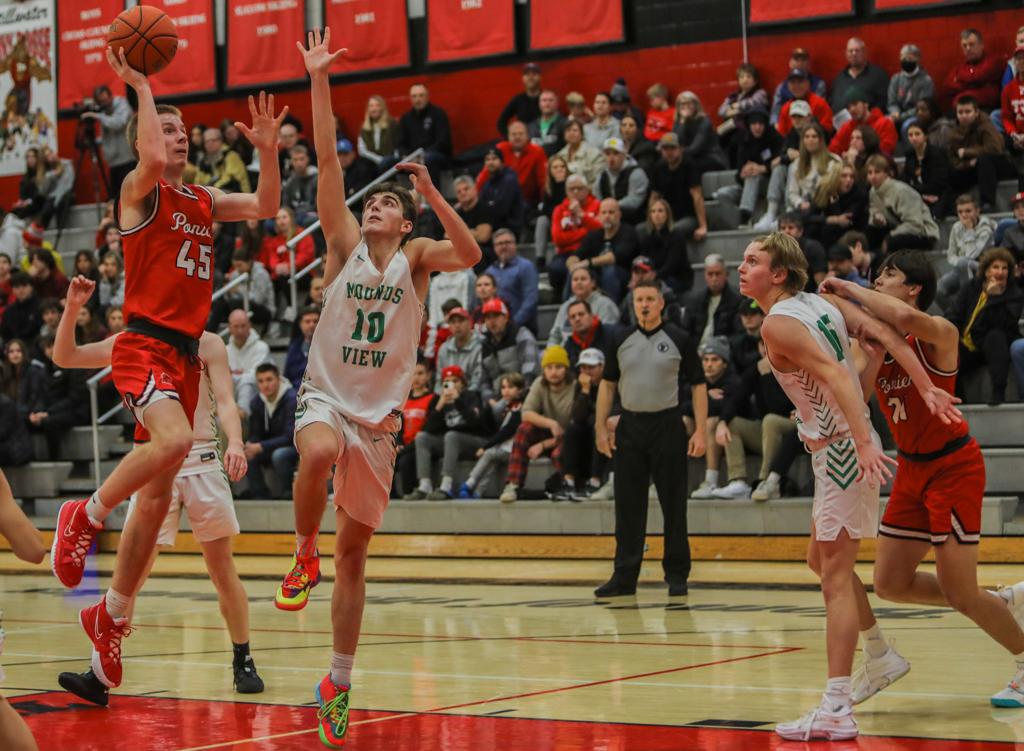 Playing in his senior season, Stillwater senior guard Max Shikenjanski said he is having fun on the court.

“I’ve told a lot of people that this is the most fun I’ve had on the court in a while,” Shikenjanski said. “I’m having fun and just playing my game.”

Months ago, it appeared that this would be his final high school basketball season before making the jump to play collegiate basketball at The Citadel. Then, Shikenjanski’s prowess as a quarterback in football emerged. This past fall, he was one of the state’s top passers, throwing or more than 2,200 yards and 26 touchdowns in 11 games and led the Stillwater football team to the state tournament.

With all of that success on the gridiron, Shikenjanski caught the eyes of the University of Minnesota football program. The Gophers eventually offered the senior a preferred walk-on spot, leading Shikenjanski to change his commitment from basketball to football. 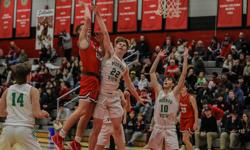 Now, knowing this is his final season of competitive basketball, Shikenjanski is having more fun playing. The latest bout of fun came on Friday in Stillwater’s 67-56 win over Suburban East Conference rival Mounds View (7-1, 2-1). The matchup was a big one for the Suburban East Conference foes as the Mustangs entered Friday’s game unbeaten this season.

Stillwater head coach Brady Hannigan was aware of the challenge facing an undefeated team but knew the Ponies (7-3, 3-0) were up for the task.

“We knew we would be their first big challenge,” Hannigan said. “It was going to be a big game and a measuring stick for us.”

Knowing the magnitude of this game, Shikenjanski brought the consistent scoring prowess he’s shown throughout his high school career, starting when he averaged 17 points per game as a freshman in his first season of regular varsity minutes. The ascent has continued ever since. As a junior, Shikenjanski averaged more than 28 points per game.

In Friday’s contest against Mounds View, Shikenjanski scored 15 points in the first half and finished the tilt with a game-high 29 points, matching his season average of 29 points per game. But while his scoring makes him a target for opposing teams, he also isn’t afraid to do other things on the court. That includes being active on the defensive end and forcing loose balls and turnovers. Mounds View finished Friday’s game with 15 turnovers. Those started with Shikenjanski stealing the ball away from a Mustang just seconds after tipoff.

“They don’t talk enough about his defense and his passing,” Hannigan said. “It’s not just scoring. He’s our best defender.”

Late in the game, Shikenjanski showed that assist ability. Facing multiple Mounds View defenders, the senior standout dished a pass to the corner to teammate Brady Benning, who knocked down a three-pointer to cement the Stillwater win.

With his future collegiate plans settled, Shikenjanski entered the 2022-23 basketball season in a different position than previously expected. This would now be the last season of competitive basketball for Shikenjanski.

“A lot of stress has been taken out,” Shikenjanski said.

So far, the change in dynamic has only made hitting the basketball court even more fun for the senior.

“He plays with the same passion and intensity he’s always had with basketball,” Hannigan said. “I was curious to see how it would work.”

With 10 games down this season, the time left in Shikenjanski’s basketball career is drawing closer and closer to an end. At this point, the senior is just enjoying the ride.

“He knows this is his last season on the court,” Hannigan said. “He’s out here having fun and leaving it all out on the court.” 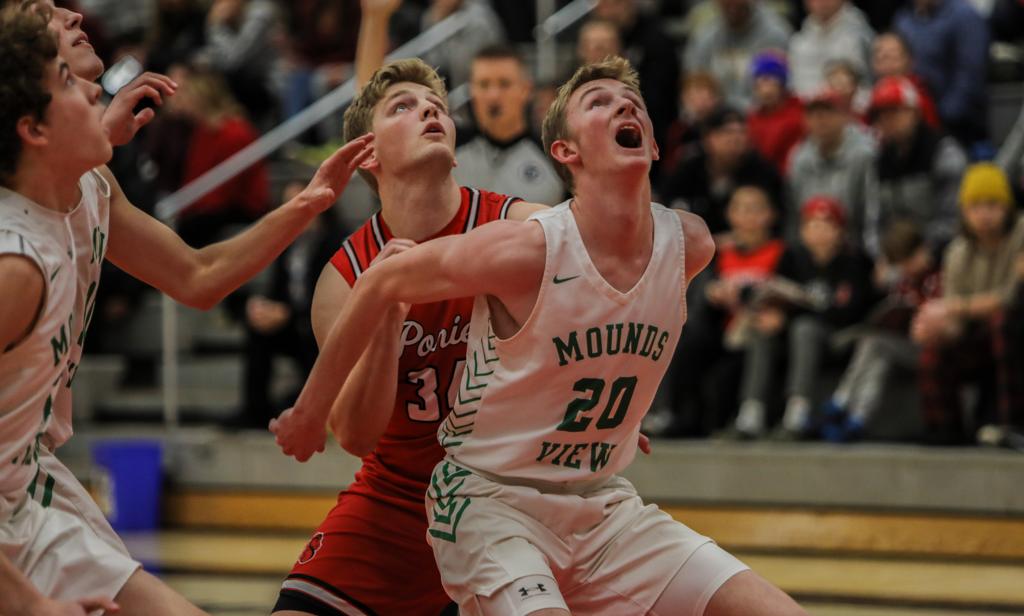 Shikenjanski was involved in all aspects of the game for the Ponies (7-3, 3-0), including a steal immediately after the Mustangs won the opening tip. He finished the first half with 15 points.

Mounds View (7-1, 2-1) fell into a hole early but was momentarily able to tie the game early in the second half. The Mustangs closed the gap thanks to the play of senior guards Colby Deluce and Jacob Becher. Deluce led the Mustangs with 24 points while Becher finished with 18 points and 5 rebounds.

In the second half, Stillwater picked things up defensively and finished the game by forcing 15 Mounds View turnovers, a majority as a result of Shikenjanski’s defense. 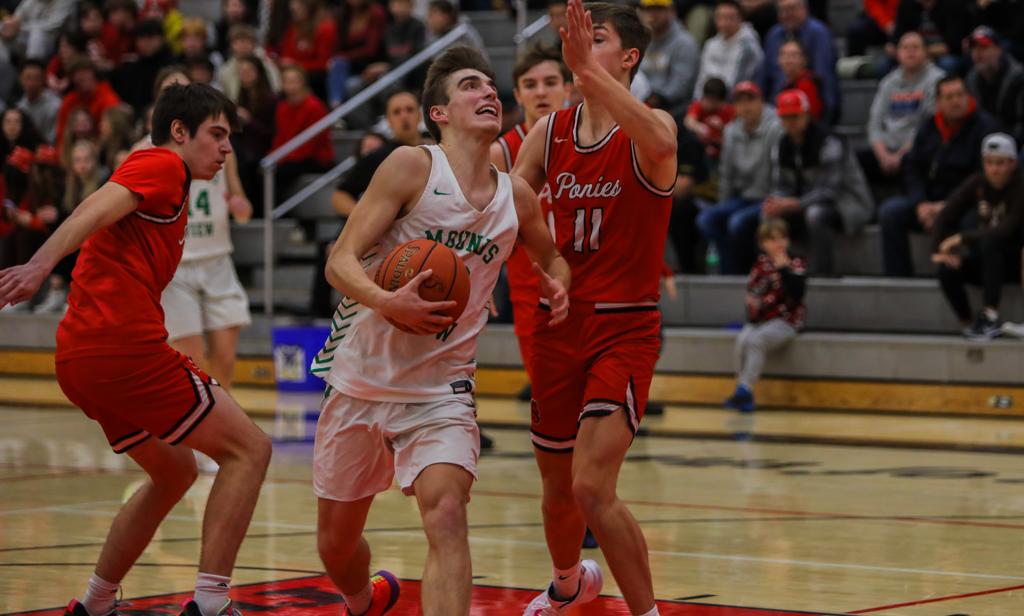