It’s Anderson’s 25th year with the team, winner of seven state championships since 2012. 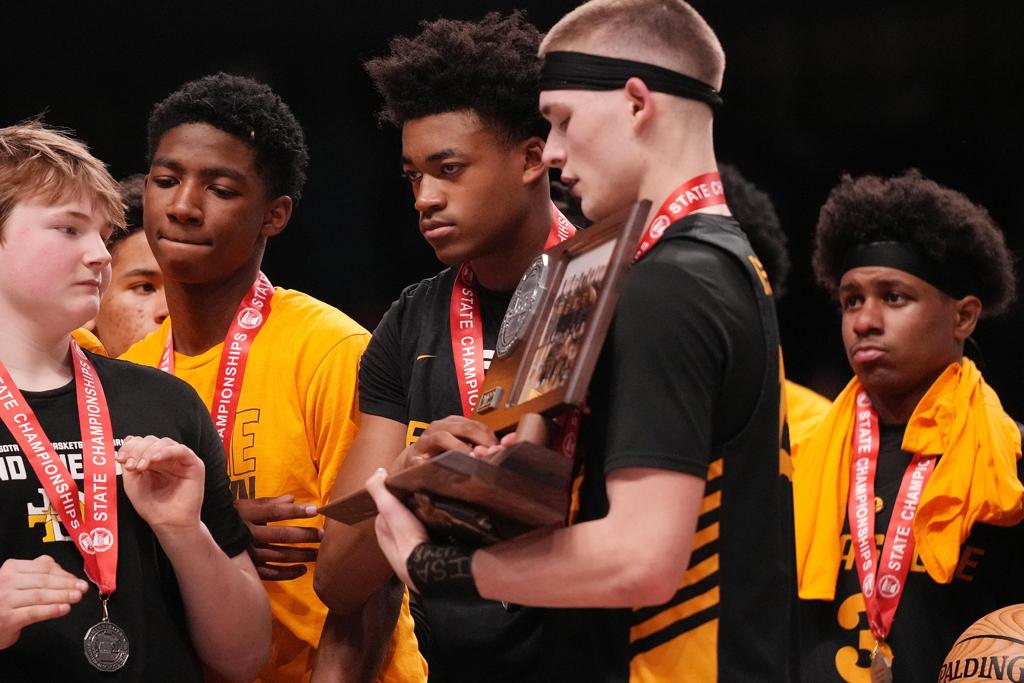 Todd Anderson takes over a DeLaSalle team that carted away the second-place trophy in Class 3A last season. (ANTHONY SOUFFLE, Star Tribune)

Anderson replaces Todd Bledsoe, who left after last season ended with a loss to Totino-Grace in the Class 3A state final. Bledsoe became head coach of the men’s team at Anoka-Ramsey Community College. He had coached five seasons at DeLaSalle, winning the section tournament every year and winning the state tournament in 2019.

The Islanders have won at least 23 games in each of the past three seasons.

Anderson has long ties to DeLaSalle, having served as an assistant coach for 24 years. “In year 25 it has become the right time for him to step in as Head Coach,” the school tweeted.

Among those to send congratulations on Twitter was Dave Thorson, a Gophers basketball assistant who led the Islanders program for 23 years until 2018, winning nine state titles.

Sacar Anim, who played for Marquette after finishing at DeLaSalle in 2015, also offered his support, tweeting, “The island is in good hands.”

“Today I’ve had a bunch of calls and texts from former players, friends, family, other coaches,” Anderson said. “It’s really humbling, number 1. It’s emotional. I bleed black and gold because I’ve been here so long. Lucky to be a part of it.”

He said he’s enthused about the first team fully under his direction. The Islanders feature 6-2 point guard Nasir Whitlock, who is receiving NCAA Division I scholarship offers and is one of what Anderson called “a bunch of seniors” on the team.

“I love our core,” he said. “Guys are working hard to get better. I like the direction we are heading.”