See who made the first and second teams, as voted by Minnesota media. 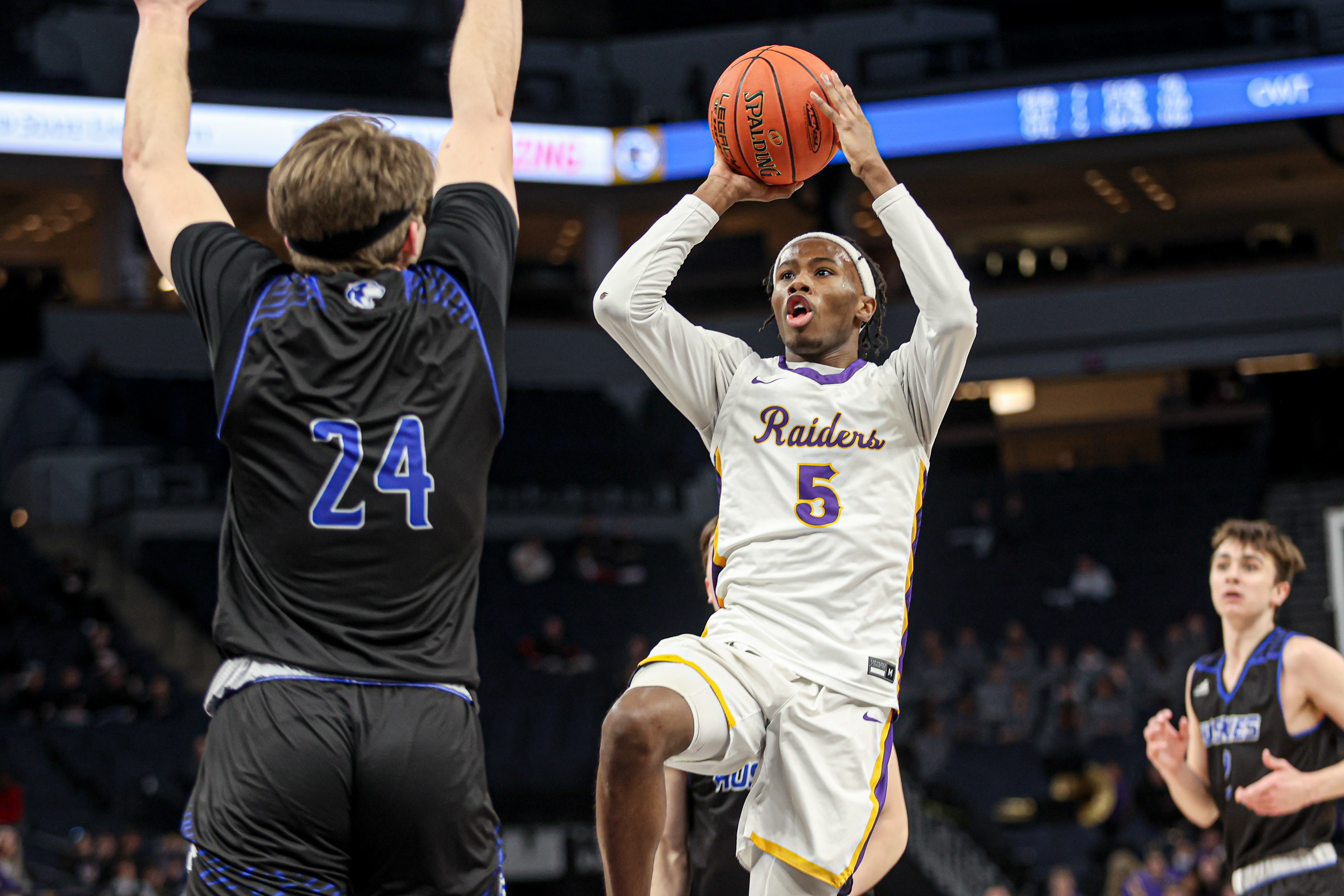 Tre Holloman (5) is one of the five seniors selected to the AP First team All-State for 2022. Photo by Mark Hvidsten, SportsEngine

Tre Holloman entered his senior season awaiting another stellar year on the court and a preview for a potential illustrious college basketball career at Michigan State.

He did just that for Cretin-Derham Hall in 2022, leading them to the Class 4A state semifinal game and his own spot among the five players selected to the 2022 Associated Press First Team All-State.

Holloman was tied for 21st in the state with 629 points this season. He played in 31 games and scored fewer than 10 points in just one game. Additionally, he secured seven games with double-digit rebounds.

While Holloman came into the season as a highly touted player, Park Center's Braeden Carrington stole the show throughout the year.

The Minnesota signee was named to the AP First Team All-State in 2022, but he also took home the vaunted honor of the state's AP Player of the Year.

He led Park Center to a 31-1 overall record and the Class 4A state championship with a victory over Wayzata in March. Carrington averaged 17.8 points per game through the season and had a single-game high of 35 against Minneapolis North on Dec. 29.

While Carrington and Holloman were both seniors, there was only one player among the 10 selected to either the first or second team that wasn't closing out his high school career.

Daniel Freitag of Bloomington Jefferson holds that distinction, making the second team as a sophomore. Though his team lost in the Class 4A, Section 3 semifinal game, Freitag showed throughout the year he has a chance to make an AP team again.

He averaged 26.7 points per game this season, the 10th best rate in the state, just 2.7 points behind the state leader and fellow second team selection Prince Aligbe.

See the tables below for the complete list of selections.