Cardinals fly under the radar in spite of 29-game winning streak. 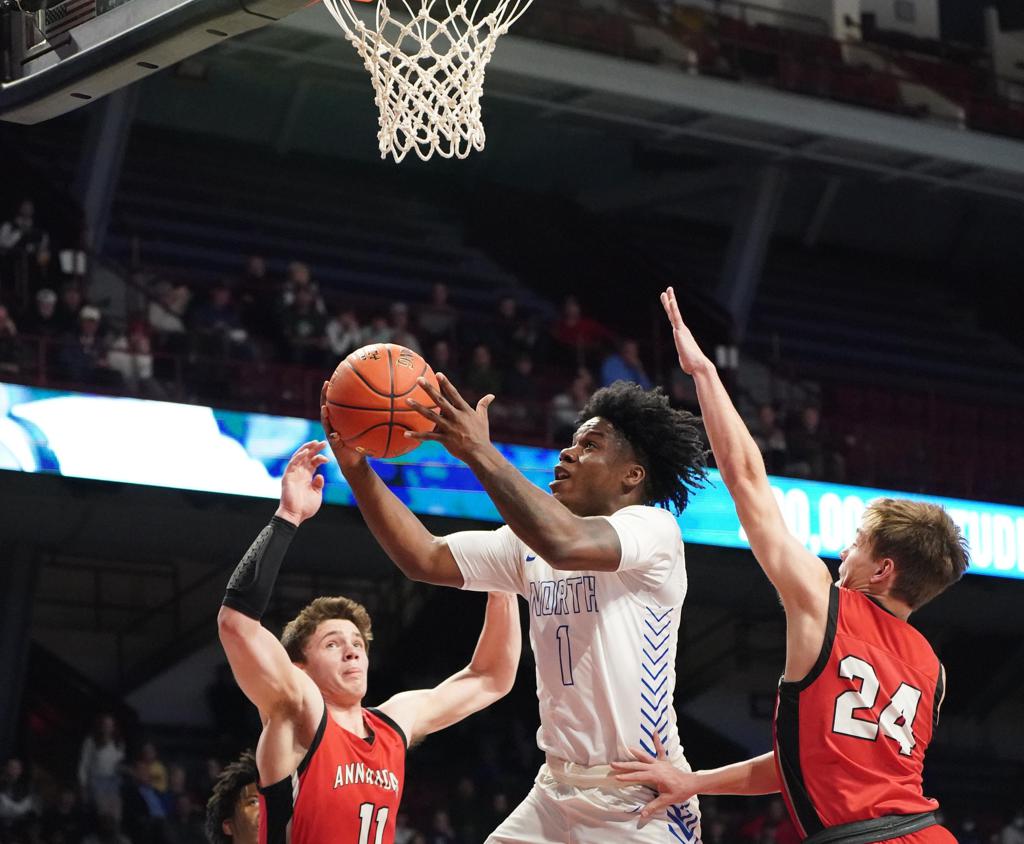 Minneapolis North’s Rio Sanders (1) scores on a layup between Annandale’s Hawkin Miller (11) and Carson Gagnon (24) during in the first half of the Class 2A championship Saturday at Williams Arena. (Photo by Shari Gross, Star Tribune)

Annandale thrives on second-half comebacks. In Saturday’s Class 2A championship, the Cardinals were up by seven at the break.

“I’m going, ‘Oh boy, we’ve got to find a way to make sure they understand the second half is not the one that gets away from us,’ ” Annandale coach Skip Dolan said. “Because the other ones, we’ve dominated.”

The longtime coach didn’t have to worry. His Cardinals kept top-seeded Minneapolis North at bay on the Williams Arena floor, ending with a 60-49 upset victory and Annandale’s first state title in program history.

That winning feeling was “completely unbelievable” for senior Hawkin Miller, who led the 3-seeded Cardinals (31-2) with 18 points.

“I think we’ve all dreamed about this, along with every other kid in the country, probably,” Miller said.

The Polars (27-7) fell short of a state title for the second time in four years, also finishing second in 2019. Seniors De’Meiko Anderson and Willie Wilson each scored 14 points, but it wasn’t enough.

“If you look at the stats, you can’t win if you don’t put the ball in the basket,” Polars coach Larry McKenzie. said “They shot the ball a lot better than we did.

“The one thing that we did not do today, and is important to our style of play, is we just didn’t control tempo.”

Minneapolis North shot 42% from the field, including 3-of-19 from long range, with two three-pointers coming in the closing minutes.