Class 3A state quarterfinal: DeLaSalle cruises into second round

Islanders' backcourt too much for St. Cloud Tech. 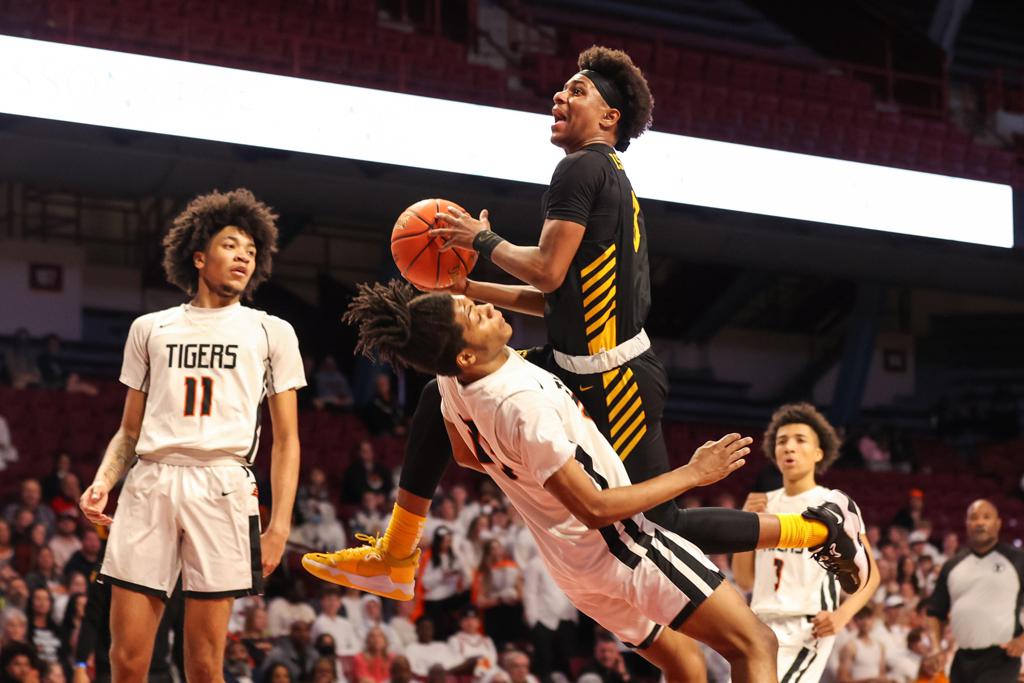 DeLaSalle's Nasir Whitlock (3) charges to the basket over the top of a St. Cloud Tech defender in the paint during their Class 3A state tournament quarterfinal matchup Tuesday at Williams Arena. Photo by Cheryl A. Myers, SportsEngine 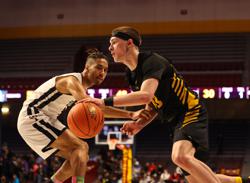 The Tigers cut the lead to nine points twice late in the second half but didn’t get any closer.

“Our whole identity is to not get too high and too low,” DeLaSalle coach Travis Bledsoe said. “… We’ve been in a lot of tough games, a lot of close games, so this is what we do.”

Senior guard Kyle Johnson led the Islanders with 19 points, and junior guard Nasir Whitlock scored 14 and added six assists. DeLaSalle shot 57% from the field as a team, including 63% in the first half.

The Islanders have made every state tournament since 2012 but are looking for their first title since 2019.

Unseeded St. Cloud Tech was making its first state tournament appearance since 2010. The team eclipsed its win total from the previous three seasons in 2021-22.

“Nobody gave us a shot at the beginning of the year to be here,” St. Cloud Tech coach Don Ferguson said. “… We’re not done. We still got a lot of basketball to play.”