No. 1 seed Park Center dominated the offensive boards and held off a second-half rally to win. 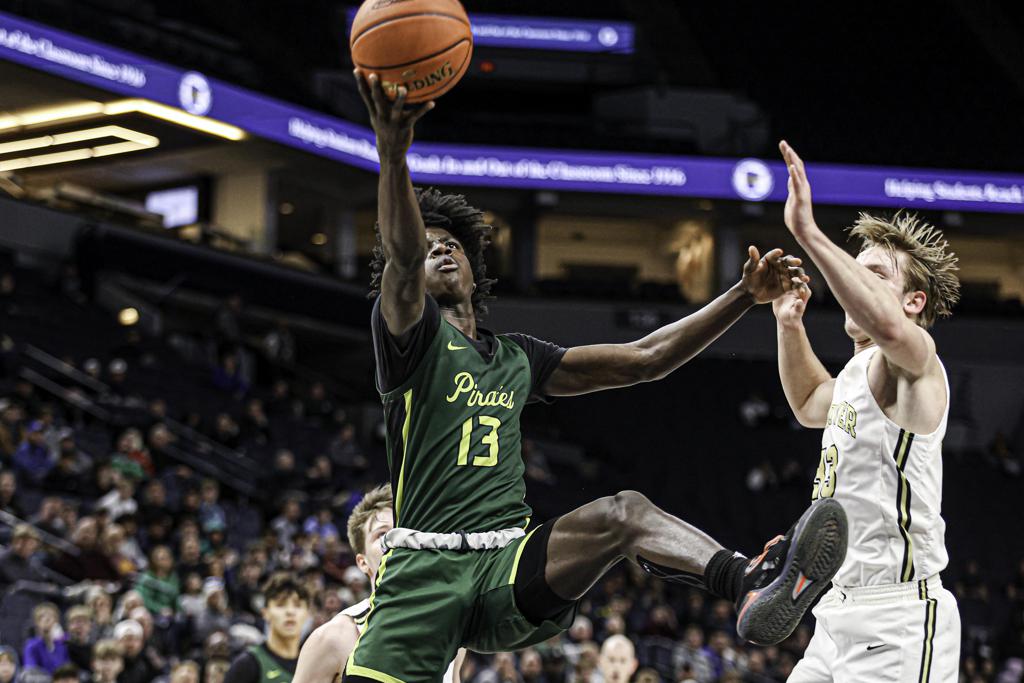 Park Center senior guard Leo Torbor (13) scores on a drive to the basket against Andover in the Class 4A quarterfinals Tuesday at Target Center. Photo by Mark Hvidsten, SportsEngine

It wasn’t pretty, but the Pirates got the job done. 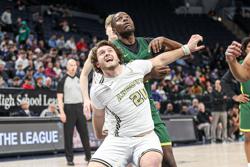 Park Center, with a pair of Division I signees and the top-ranked team in the state according to Minnesota Basketball News, actually trailed 41-40 with 13:42 remaining in the game to the unseeded Huskies. However, Park Center (29-1) went on a late 13-2 run capitalized by back-to-back rim-rocking dunks to keep Andover (19-11) at bay and advance to the state semifinals.

“When we saw we had Andover we no question knew we were going to have a tough game on our hands,” Ware said. “This was probably the best thing that could’ve happened to our team — hit some adversity, learn that things are going to be hard and we got to push through.”

Park Center seniors Braeden Carrington and Leo Torbor combined for 36 points for the Pirates in the win. Carrington, who signed with the Gophers in November, had 16 points and eight assists and Torbor, a San Jose State recruit, scored a game-high 20 points to go along with six rebounds. Park Center seniors Ayouba Berthe and James Spencer each had 10 rebounds.

“We knew coming out that they weren’t just going to let us win easy and it was kind of expected, but we got the job done.” Carrington said.

With the score 51-47 with just over six minutes remaining Park Center put together a 13-2 run to break the game open. Back-to-back dunks by senior Cody Pennebaker and Torbor gave the Pirates a 64-49 lead with 2:55 left in the game.

“That was a huge moment for us, because it was a back-and-forth game up to that point,” Torbor said. “We just had to wear them down and by the time we got to that point we were on a huge [run]. When we go on runs we can be scary.”

Park Center is looking for its first state championship title this season.

In 2019, the Pirates were ranked No. 1, but lost to Lakeville North in the state semifinals. The 2020 season was cancelled before the state tournament. Last year, Park Center missed the tournament, falling to Champlin Park in the Class 4A, Section 5 final.

“It’s been a longtime coming,” Torbor said. “Last year we had the heartbreaking loss to Champlin. This year, this is our year and everybody knows it.”