The Wolfpack emerged victorious in the offensive shootout over the Ponies on Wednesday. 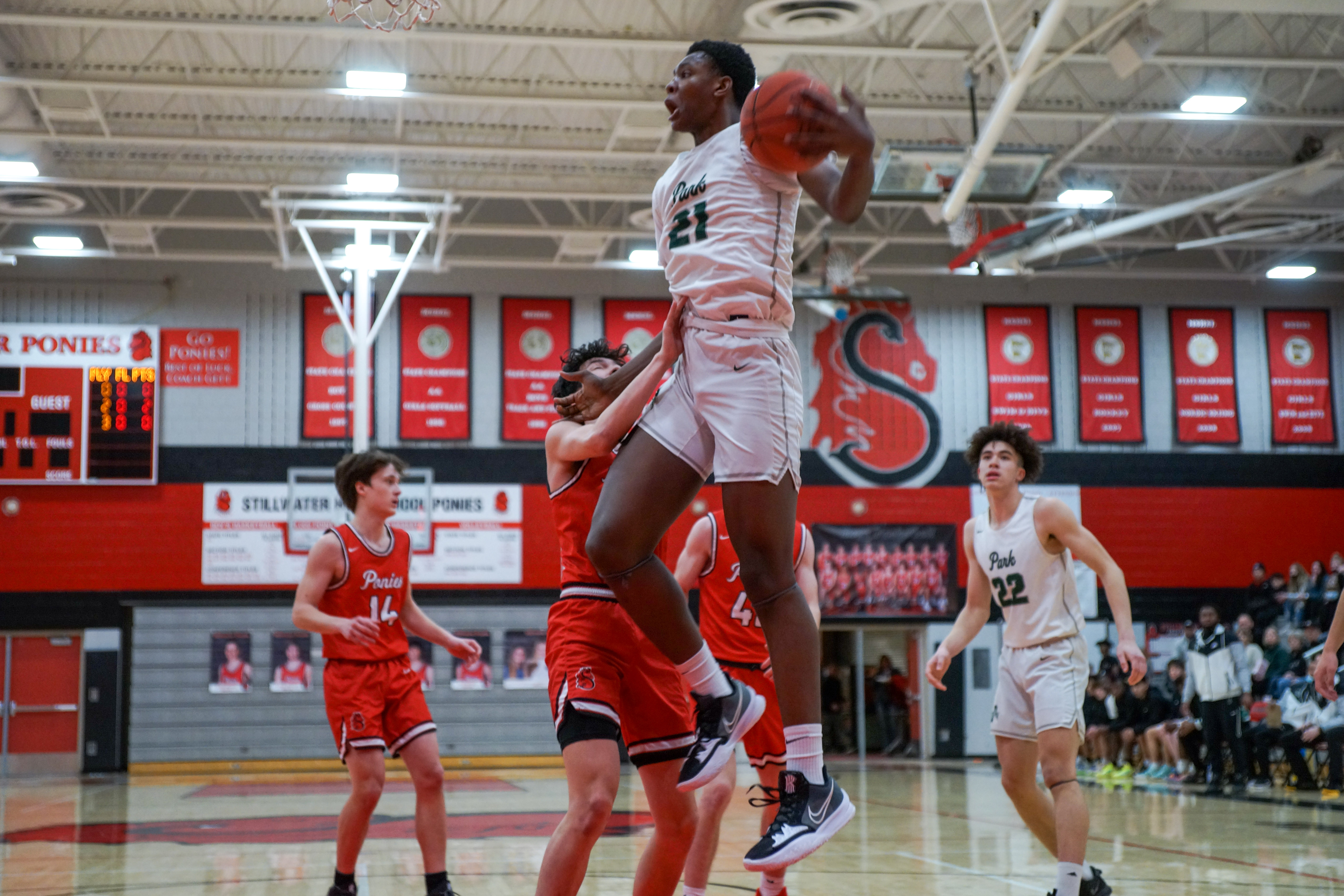 Pharrel Payne (21) led Park of Cottage Grove into Stillwater and left with 30 points and a Wolfpack victory in a late season matchup. Photo by Korey McDermott, SportsEngine

The Park boys' basketball team has been building up to this season.

With a core of eight seniors on the roster, the Wolfpack has already won the most games in a season in more than a decade. And the program (16-7, 11-4) still has three games left on the regular-season schedule.

The latest win came on Wednesday, with Pharrel Payne scoring 30 points in Park's 85-70 win at Stillwater. 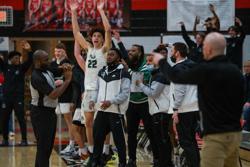 The Ponies' plan to shut down the Gophers' commit at times was to put bodies on him in an attempt to help slow him. The rest of the Wolfpack did their part when needed, with OT Omot, Evan Bearth and Brady Perryman all finishing in the double digits.

“He is so dominant in there, you can call him little Shaq," coach Mike Weah said. "They put their whole team down there on him and left our guys out there to shoot. Our guards needed that confidence to knock down some shots, so we were pretty happy that they did that.”

Payne's standout senior year started with a commitment to play at the University of Minnesota, and earlier this month he was also named one of the finalists for the Minnesota Mr. Basketball award.

“I am pumped to be a Gopher," Payne said on Wednesday. "I can hold my head high and work every day.”

Payne, who grew up in Cottage Grove, is one of the eight seniors who are part of a standout class helping to elevate a program to one of its best seasons in recent memory. The breakout started last year when the final victory in an 11-win season came 55-52 in overtime against Eastview in the Class 4A, Section 3 semifinals.

“We’ve built a bond for the last three or four years," Weah said about the team's players. "They know what my expectations are, we know what their expectations are. They hold each other accountable, and they are really a tight brethren.”

Stillwater's performance Wednesday was in some ways typical of many this season. Junior Max Shikenjanski, one of the state's leading scorers, finished with 38 points in the Suburban East Conference loss.

But Stillwater (12-11, 6-9) does not have the size of some other rosters they face, including Park with the 6-9 Payne. The conference also includes some of the state's top players.

“At the end of the season, I hope I look back at this as something where we had success," head coach Brady Hannigan said. "With our size, with our players, they compete with some of the best in the state. We have three Mr. Basketball candidates of the top-10 in our conference.” 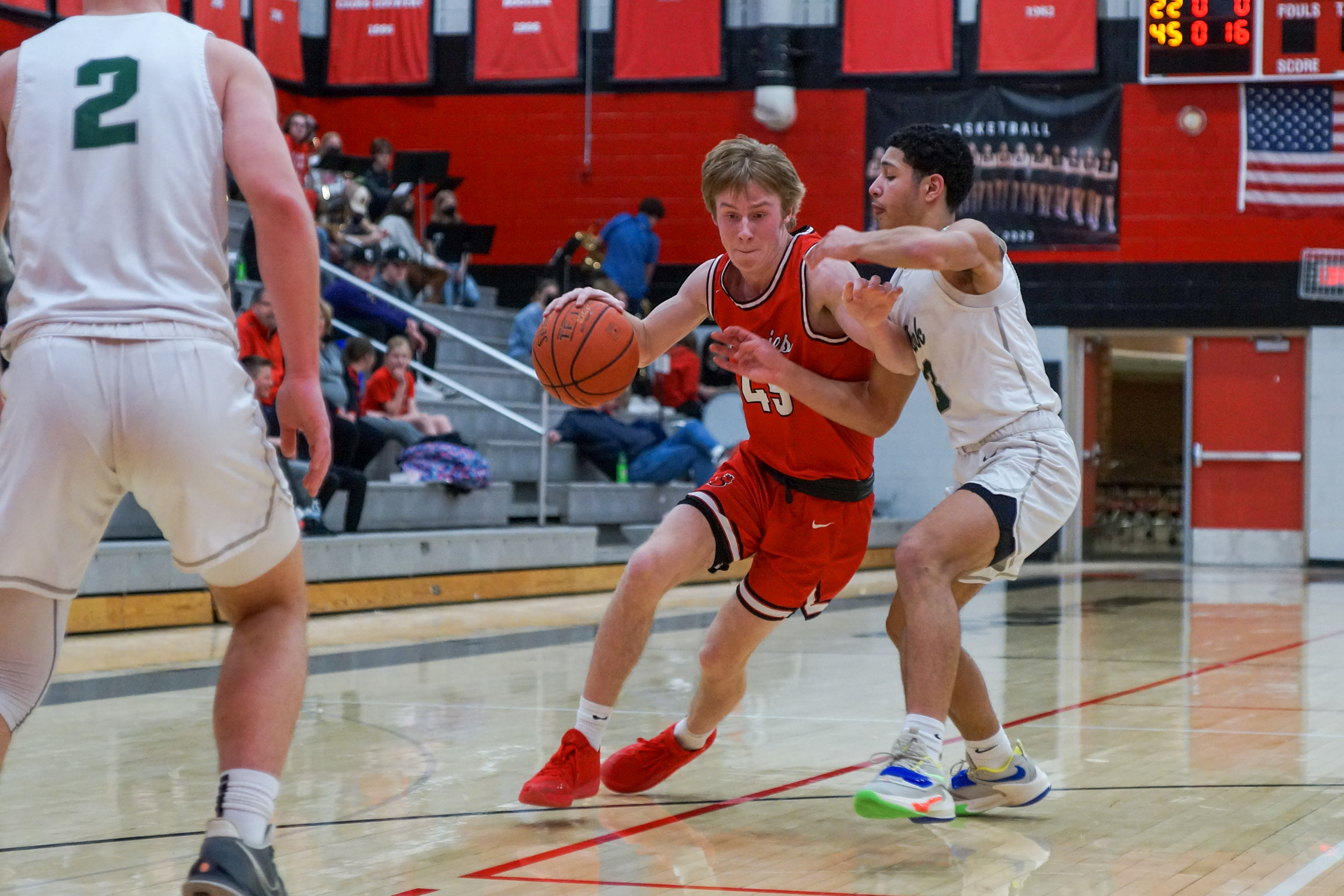 Stillwater's Max Shikenjanski (45) led all scoring with 38 points, but his Ponies fell by 15 to visiting Park of Cottage Grove Feb 23. Photo by Korey McDermott, SportsEngine

A slow start for both teams’ offenses did not last long as Park surged to a 44-29 lead at the half. The Minnesota commit Payne used his size advantage to score a team-high 30 points for the Wolfpack (16-7, 11-4). Stillwater (12-11, 6-9) junior Max Shikenjanski, one of the state’s leading scorers, led with 38 points.

Brady Perryman and OT Omot each added 13 points for Park, while Stillwater’s second-leading scorer was Tanner Thomson with 14. 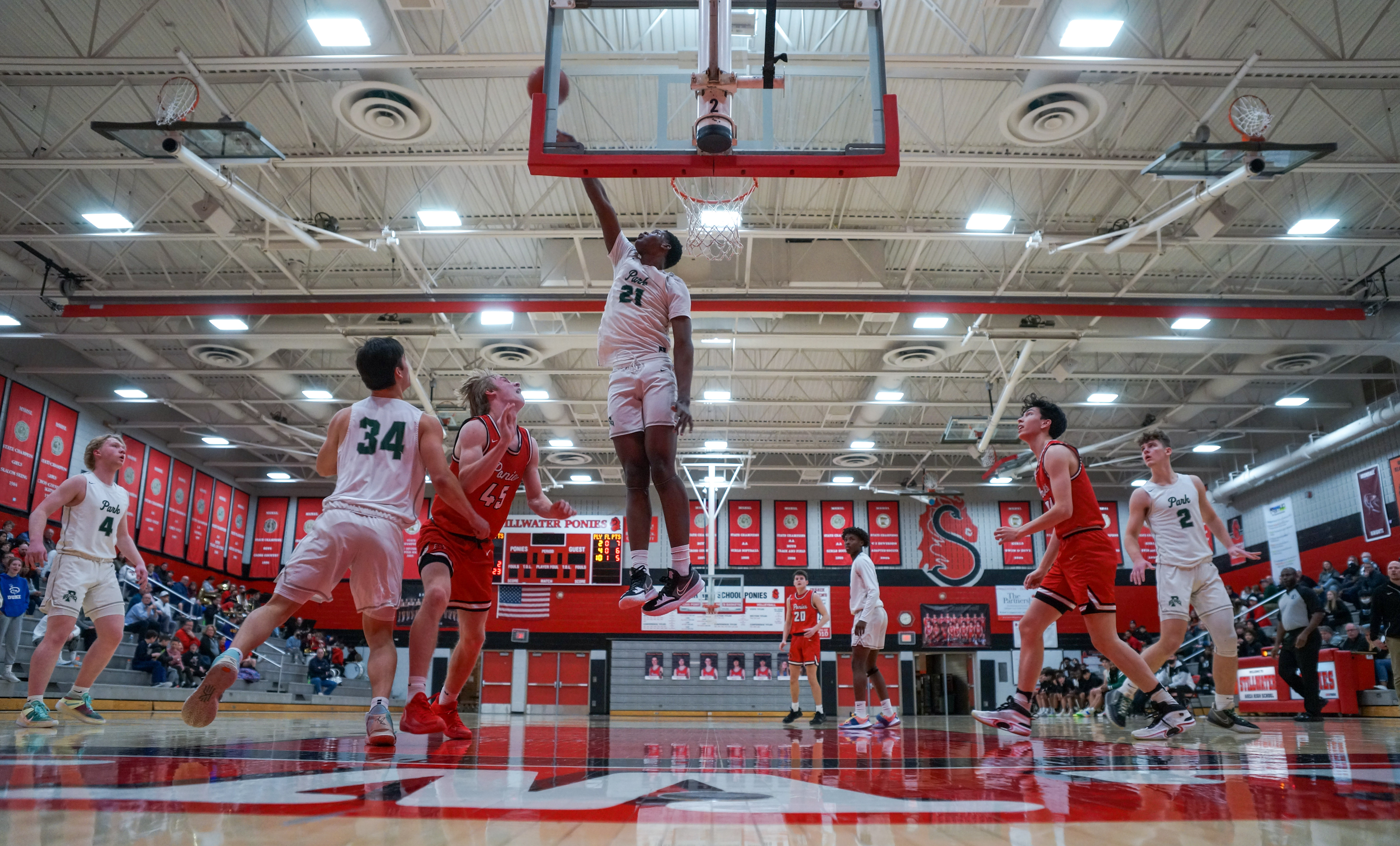