The Raiders' defense held the Crimson to just 16 points in the first half, opening up a lead they never lost en route to a 54-42 victory. 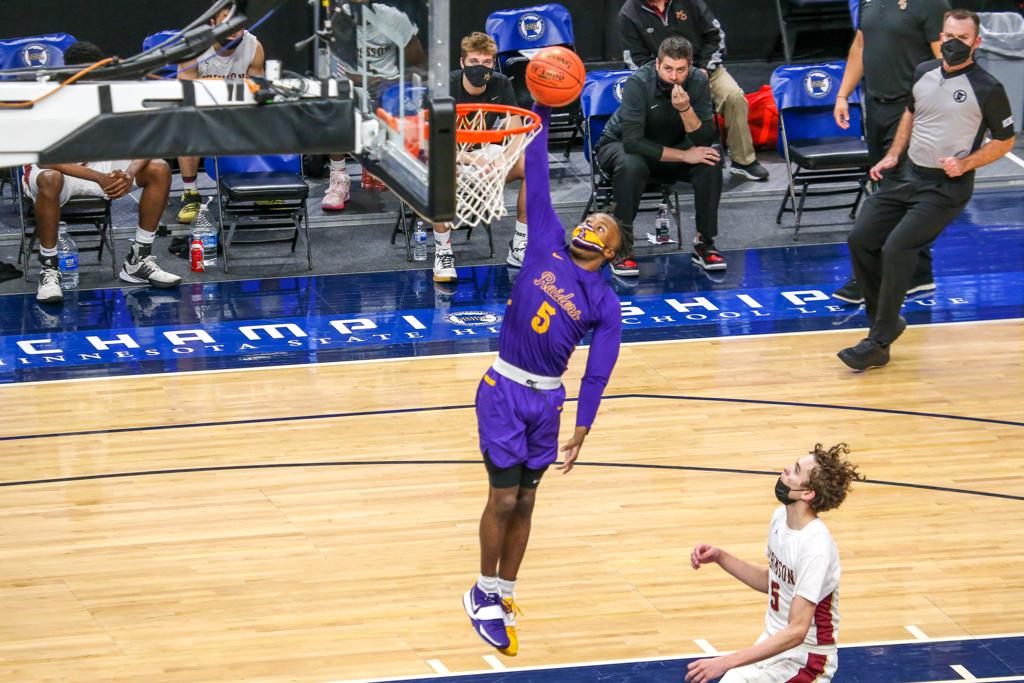 Players bought in. What followed was 14 victories in the next 15 games, including a 54-42 dismantling of Maple Grove on Thursday in the Class 4A boys’ basketball state tournament semifinal.

The Raiders (18-5) earned their first championship game appearance since winning the 2018 state title.

Cretin-Derham Hall’s defense and methodical offense conspired to hold the Crimson to 21.3 points below its season average. Maple Grove (13-10) trailed 29-16 at halftime and never made a strong run to close the gap. 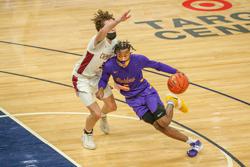 “Down the stretch, we’ve really tried to be tough on other teams,” Raiders’ coach Jerry Kline said. “We knew Maple Grove has size and they have athletes. But we also knew who we were. We’ve got basketball kids, soccer kids and football kids. And they all come to work.”

A sequence indicative of the game took place with about eight minutes to play. A missed Maple Grove shot was followed with a nice effort to get the offensive rebound. But a Cretin-Derham Hall player blocked the ensuing shot and then tied-up the Crimson ball handler. Threat extinguished.

“Their defense played well but the other thing they did so well was to dictate the pace,” Crimson coach Nick Schroeder said. “They didn’t force or rush anything. They were well-organized and only took great shots.”

Cretin-Derham Hall had all the answers, whether outscoring Maple Grove inside (44-24) or on fast breaks (17-11). The Raiders scored 13 consecutive points in the first half and cruised to victory.

Cretin-Derham Hall rolled past Maple Grove 54-42 in the first Class 4A semifinal played at Target Center.

With the victory Thursday, the Raiders (18-5) earned their first championship game appearance since winning the 2018 state title. They play at 8 p.m. Saturday against either Shakopee or Wayzata.

Maple Grove (13-10) trailed 29-16 at halftime and never made a strong run to close the gap. The Cretin-Derham Hall defense caused much of the trouble, holding the Crimson 21.3 points below its season average.

The Raiders' Trejuan Holloman led his team in scoring with 18 points.