The Cardinals trailed much of the game before Myles Sansted's shot in the final seconds gave them a 66-64 victory and a berth in the Class 3A championship game. 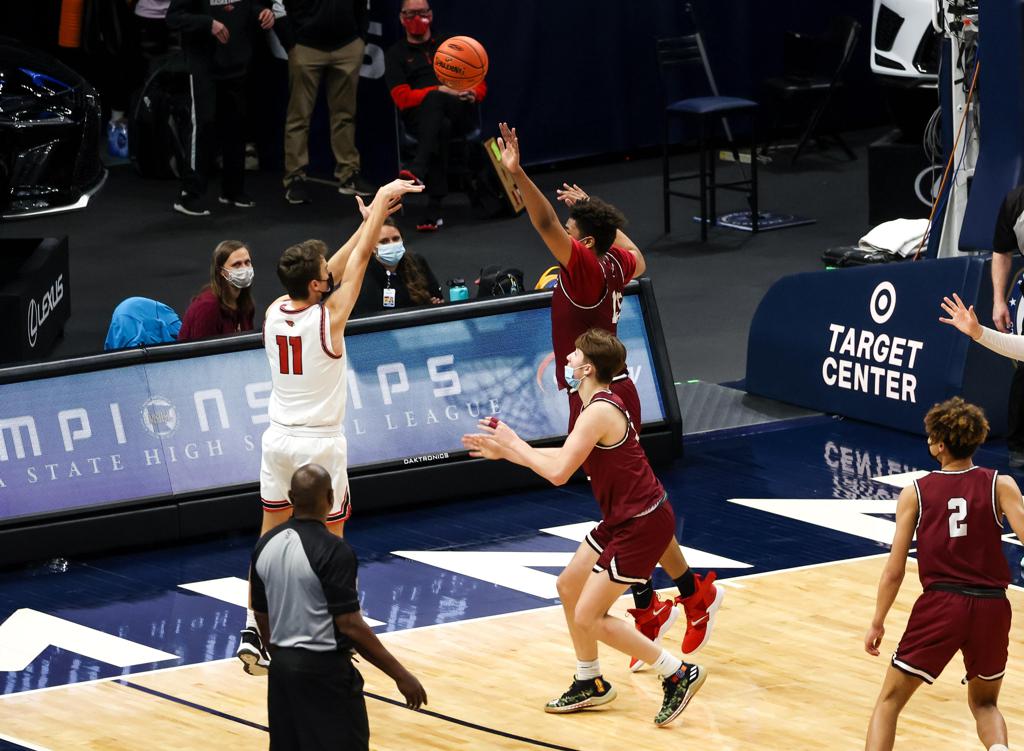 An unexpected offensive rebound. A deficit of one point. Less than 10 seconds to play with the clock running.

“You have to go with your instincts,” said Sansted, who drifted to the corner and waited. “I just ended up with the ball in my hands.”

Sansted fired from behind the three-point arc and gave his team a 66-64 lead with 4.2 seconds left, ultimately the final score Thursday in the Class 3A semifinal at Target Center. 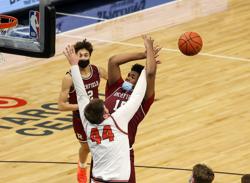 In just 11 minutes of action, Sansted scored eight points, including his team’s last five points. His efforts off the bench moved Alexandria (22-1) to its first championship game appearance since finishing second in 1943.

The Cardinals will put their 12-game winning streak on the line against top-ranked Minnehaha Academy at 6 p.m. Saturday.

At halftime, Richfield looked poised to advance. The Spartans led 29-23 thanks to an overwhelming 34-15 rebounding advantage. They also held Alexandria’s long-range attack to just 2-of-8 on three-pointers.

“We were beat up on the glass and losing the races to loose balls,” Alexandria coach Forrest Witt said. “In the second we played with more grit. And we got to just enough of those loose balls.”

Fouled on a three-pointer attempt, Sansted made his first two free throws. He missed the third, but junior teammate Erik Hedstrom tipped the ball free for an offensive rebound. Then he got the ball to senior Colton Roderick, who found Sansted open in the corner.

Richfield (16-5) got the last shot. But Ryan Miles’s three-point attempt from about 30 feet away rimmed out at the buzzer.

“Credit to Alexandria for sticking with it,” Richfield coach Omar McMillan said. “They started beating us to loose balls and getting second shots.”

Alexandria outlasted Richfield for a 66-64 victory Thursday in the first Class 3A semifinal at Target Center.

Junior guard Myles Sansted came off the bench to sink key baskets in the game’s final seconds. Fouled on a three-pointer attempt, Sansted made his first two free throws. He missed the third, but junior teammate Erik Hedstrom corralled the offensive rebound. Hedstrom got the ball to senior Colton Roderick, who found Sansted open in the corner.

Sansted buried a three-pointer for a two-point lead with 4.2 seconds left.

Richfield (16-5) got the last shot. But Ryan Miles’ three-point attempt from about 30 feet  rimmed out at the buzzer.

Alexandria (22-1) rides a 12-game winning streak into its first championship game appearance since finishing second in 1943. The Cardinals play at 6 p.m. Saturday. 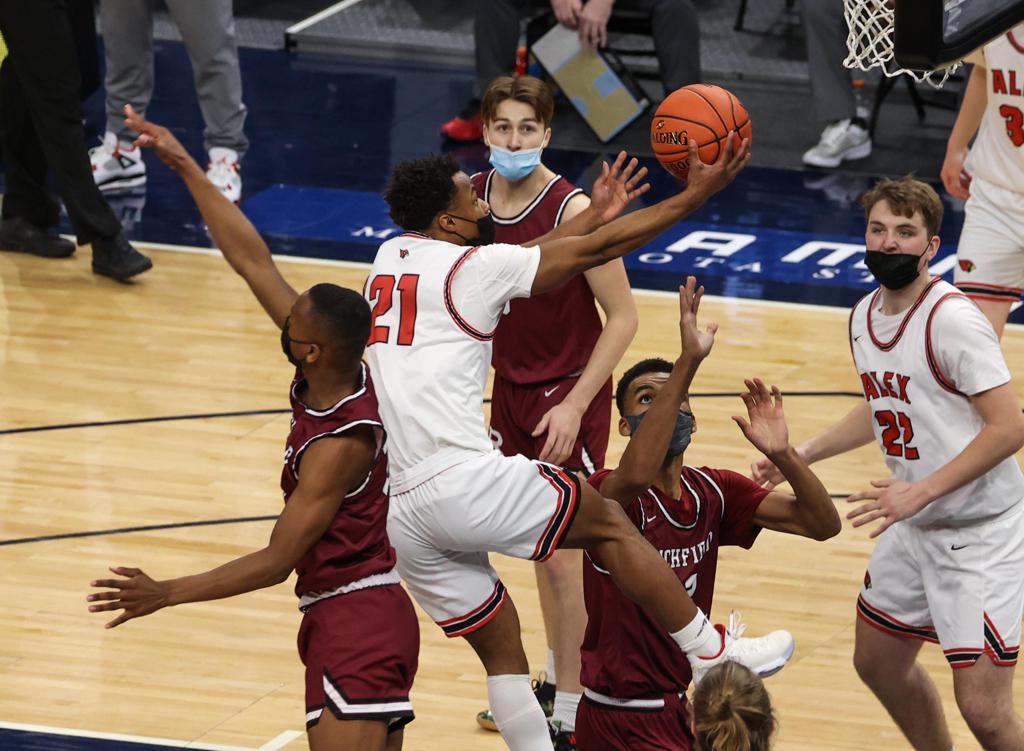