Tre Holloman scored 25 points for the Raiders, helping them to a Class 4A state tourney berth. 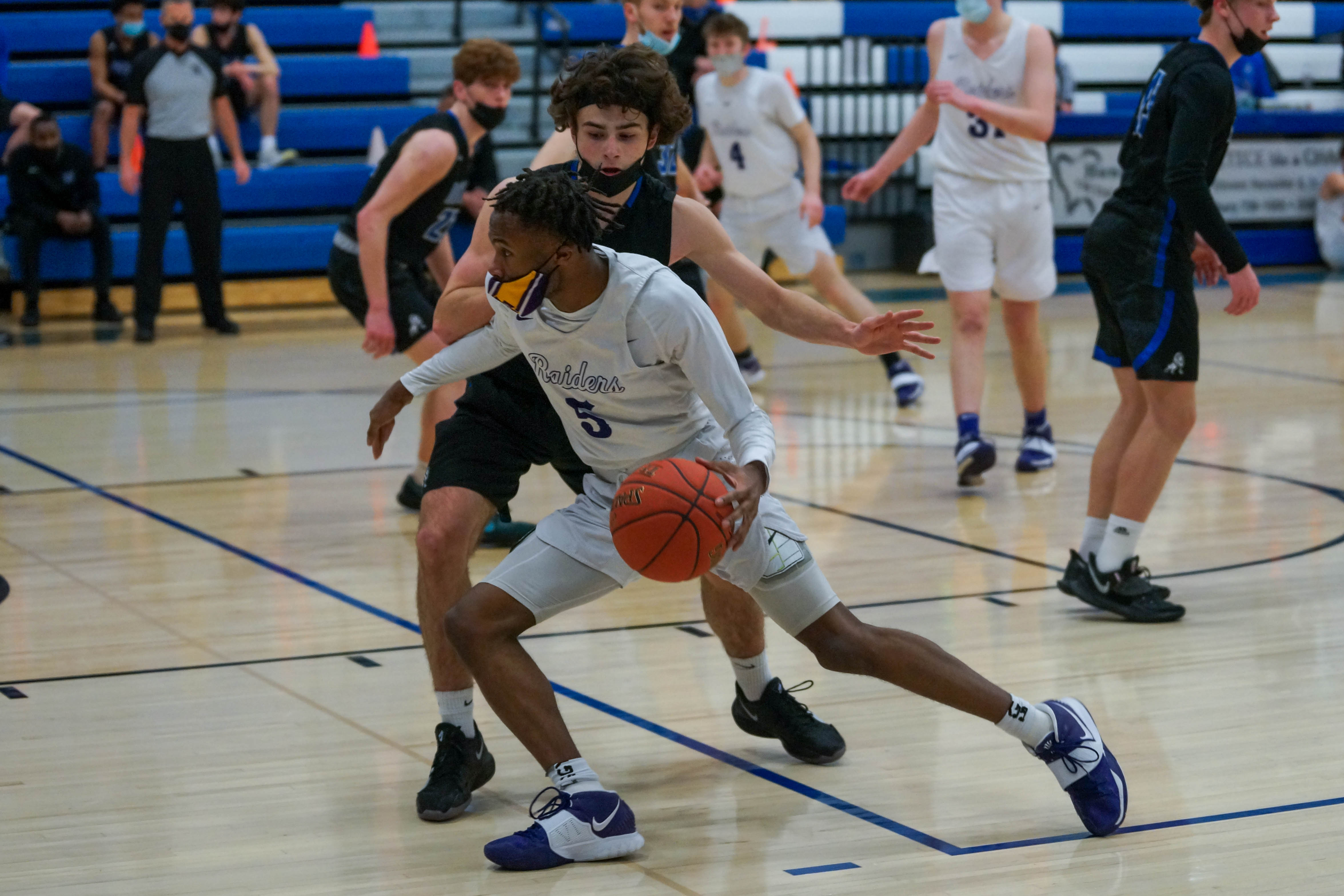 Basketball coaches often have a tough decision to make when their team takes possession of the ball with the game on the line. But when you have a talented scorer on your roster, like Cretin-Derham Hall’s Tre Holloman, the decision becomes much easier.

The Raiders have learned from previous games played this season to let their talented guard take over plays in high-pressure situations. When the Raiders found themselves staring down a 55-55 tie against Woodbury in the waning seconds of the second half Friday night with this year’s Class 4A, Section 4 title on the line, the decision to not call a timeout was simple.

“I looked at my assistant, coach, we both looked at each other and we said, ‘let him go,’” said Cretin-Derham Hall coach Jerry Kline Jr.

Holloman knocked down a game-winning shot as the buzzer sounded, creating space off the dribble before launching a three-pointer for a 58-55 title-clinching victory at Woodbury High School.

The gamer-winning play had started with some quick thinking. Surveying the defense, Holloman realized the perimeter was his only option and his decision paid off.

“They were going to pack the lane, so it had to be a three,” said Holloman, who finished with a game-high 25 points. 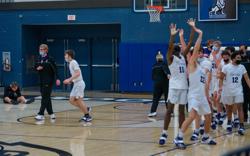 Cretin-Derham Hall (16-5) never trailed in the section championship game, but its leads throughout the matchup never seemed safe. Leading 29-25 at halftime, the Raiders increased their scoring advantage by as many as 11 points early in the second half.

Woodbury, however, continued to threaten and cut into those leads until the Royals’ Devin Padelford made a free throw to tie the game at 55-55 with just seconds remaining.

Padelford finished with 16 points for Woodbury, while Bradley Cimperman had a team-best 21 points.

The Royals (17-4) brought a 16-game winning streak into Friday’s tilt, and Royals coach Kent Getzlaff had faith in his players to make a comeback. Five of Woodbury’s six point scorers in Friday’s game are seniors, and many on the roster have been playing together since elementary school.

“That’s just who our kids are,” Getzlaff said. “They have been an extremely tough and resilient team all season. Even when it looked bleak at certain points in the second half, I never thought our guys were out of it.”

Cretin-Derham Hall’s victory clinched the program back-to-back section championships, although last year’s team never had the opportunity to compete in the state tournament due to the COVID-19 pandemic.

This year’s Raiders have a different look. Eight seniors from the roster graduated in the offseason, including many of the team’s top scorers. Cretin-Derham Hall, however, has won 12 of its last 13 games and expects to be competitive for section titles every season, and with that goal now complete they know what they have to do to continue playing.

“We just have to stay as a team, listen to our coaches and have fun,” Holloman said. 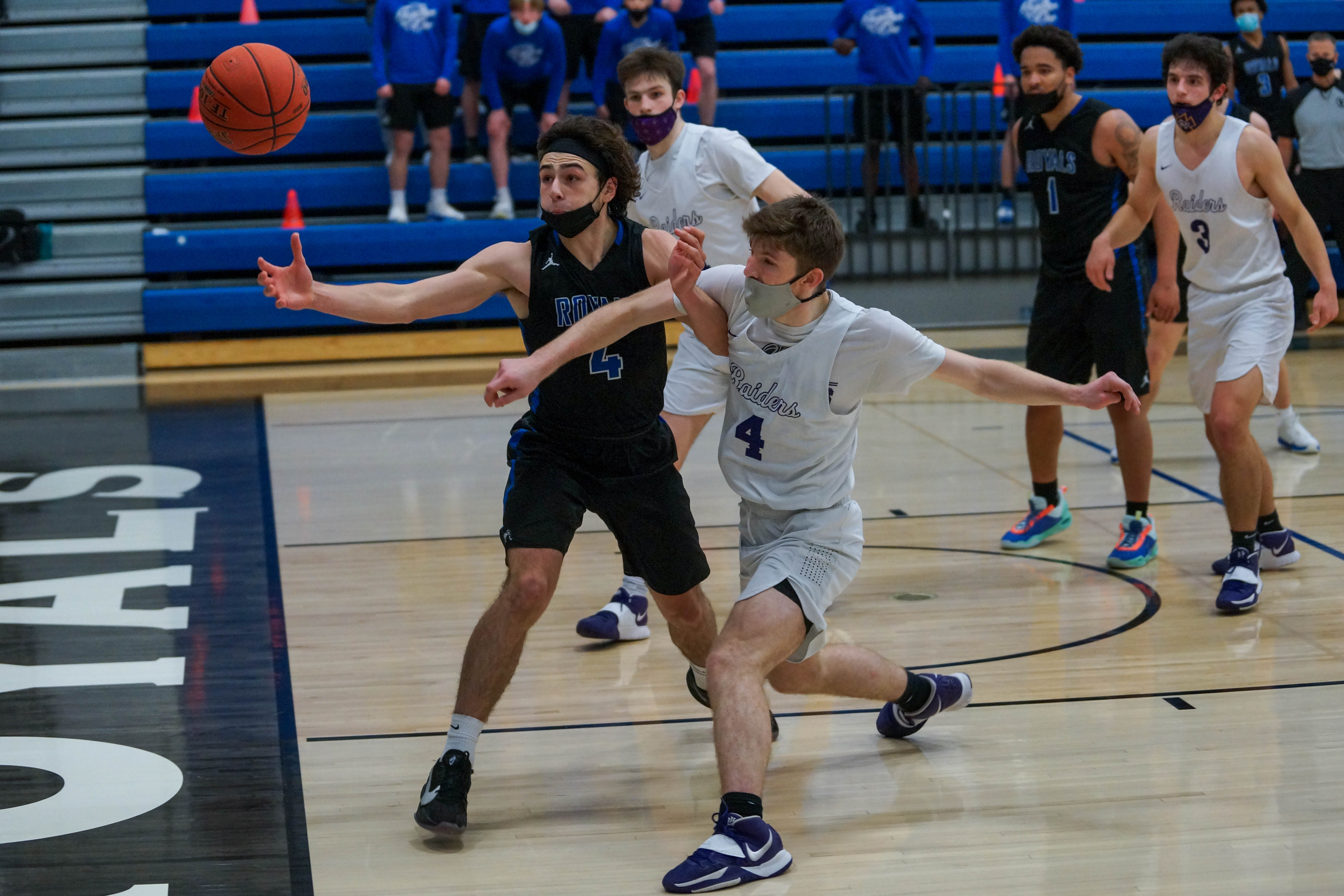 A buzzer-beating three-pointer by Tre Holloman lifted Cretin-Derham Hall past Woodbury in a 58-55 triumph for the Class 4A, Section 4 title at Woodbury High School on Friday night.

The top-seeded Royals never led in the matchup, but Devin Padelford made a free throw to tie the game at 55-55 with less than 10 seconds on the game clock. That’s when Holloman got a chance to create some space off the dribble for Cretin-Derham Hall (16-5) before pulling up for the game-winning shot.

Holloman, a junior, led all scorers in the game with 25 points. The second-seeded Raiders’ next highest scorer was Jack Tauer, who had nine points.

Bradley Cimperman was the top offensive player for the Royals (17-4) with 21 points, while Padelford also finished with 16 points.

With their victory, the Raiders go into the Class 4A state tournament having won 12 of their last 13 games. 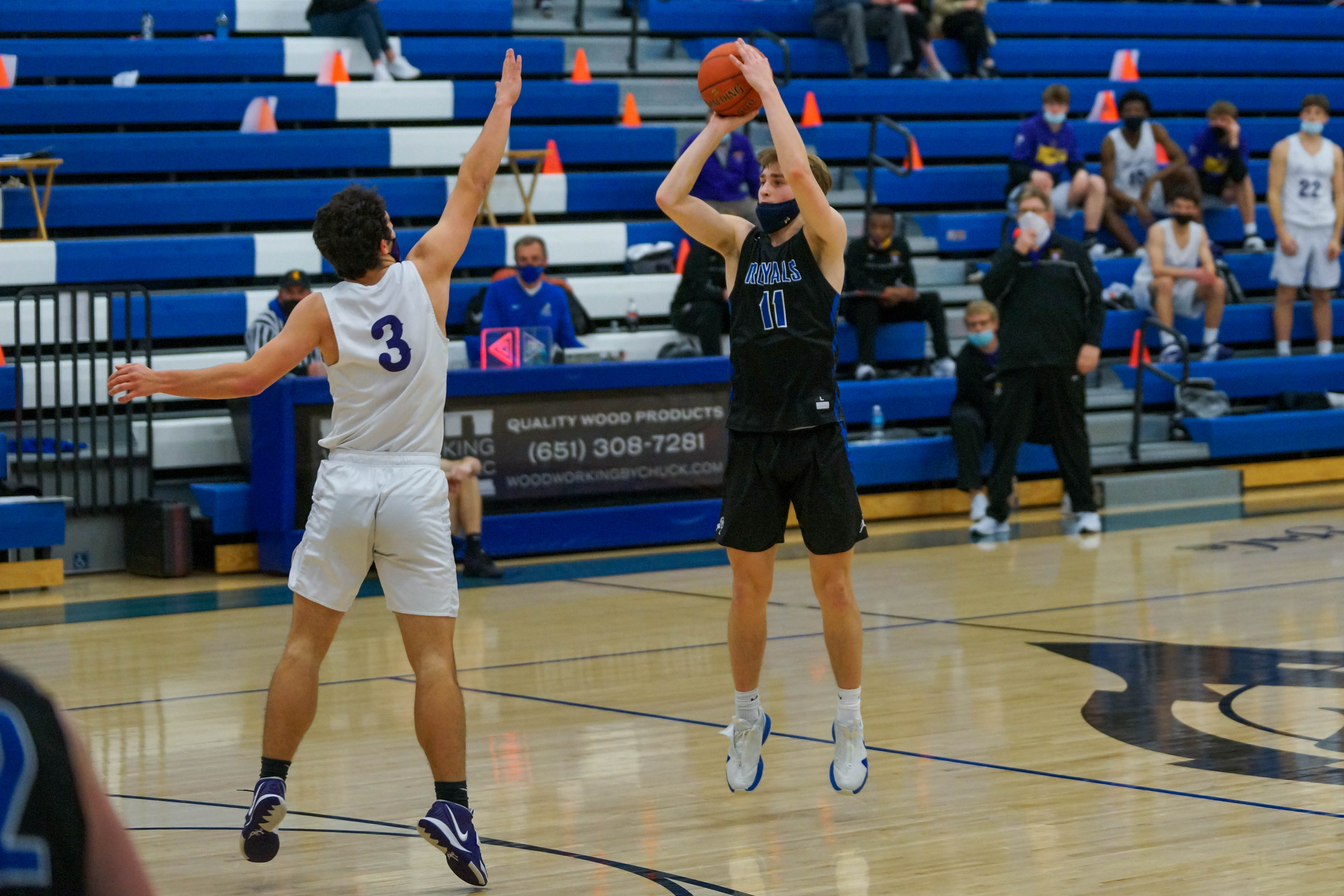