Without a centralized venue available until the semifinals, boys’ and girls’ teams will begin play next Tuesday and Wednesday in games determined by geography and seeding. 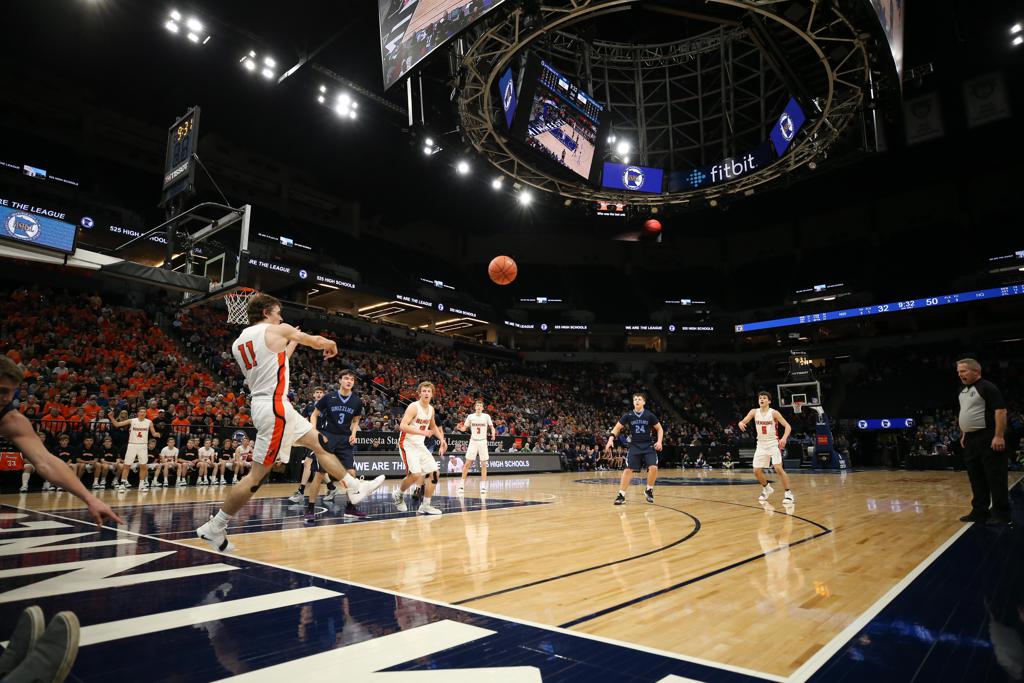 High school state tournaments will return to Target Center in April for the first time since 2019. Quarterfinals will be played at 10 regional sites on March 30-31. Photo: Shari L. Gross ¥ shari.gross@startribune.com

These neutral courts replace the traditional locations of Target Center or the University of Minnesota because of COVID-19 precautions limiting travel.

For each of its four classes of schools, the Minnesota State High School League divided its eight competitive sections by geography. The South sections are 1, 2, 3 and 4 and the North sections are 5, 6, 7 and 8.

All eight teams in a class will include themselves in a 1-through-8 ranking. Those votes will determine seeding.
The No. 1 vs. the No. 4 seeds and No. 2 vs. 3 seeds on both the north and south sides of the bracket meet in the quarterfinals.

Starting with the semifinals on April 6-8, the tournaments move to Target Center. The winners of the 1 vs. 4 games crossover and play the winners of the 2 vs. 3 winners on the opposite geographical side of the bracket.

All four girls’ championship games will be played April 9 and the boys conclude their season the next day.

A year ago the pandemic scrubbed the boys’ tournament before it began while the girls’ tournament was canceled during the last of its semifinal games.