Henry Shannon III helped spark the Lightning to victory with an all-around impressive performance, which included him scoring 15 points. 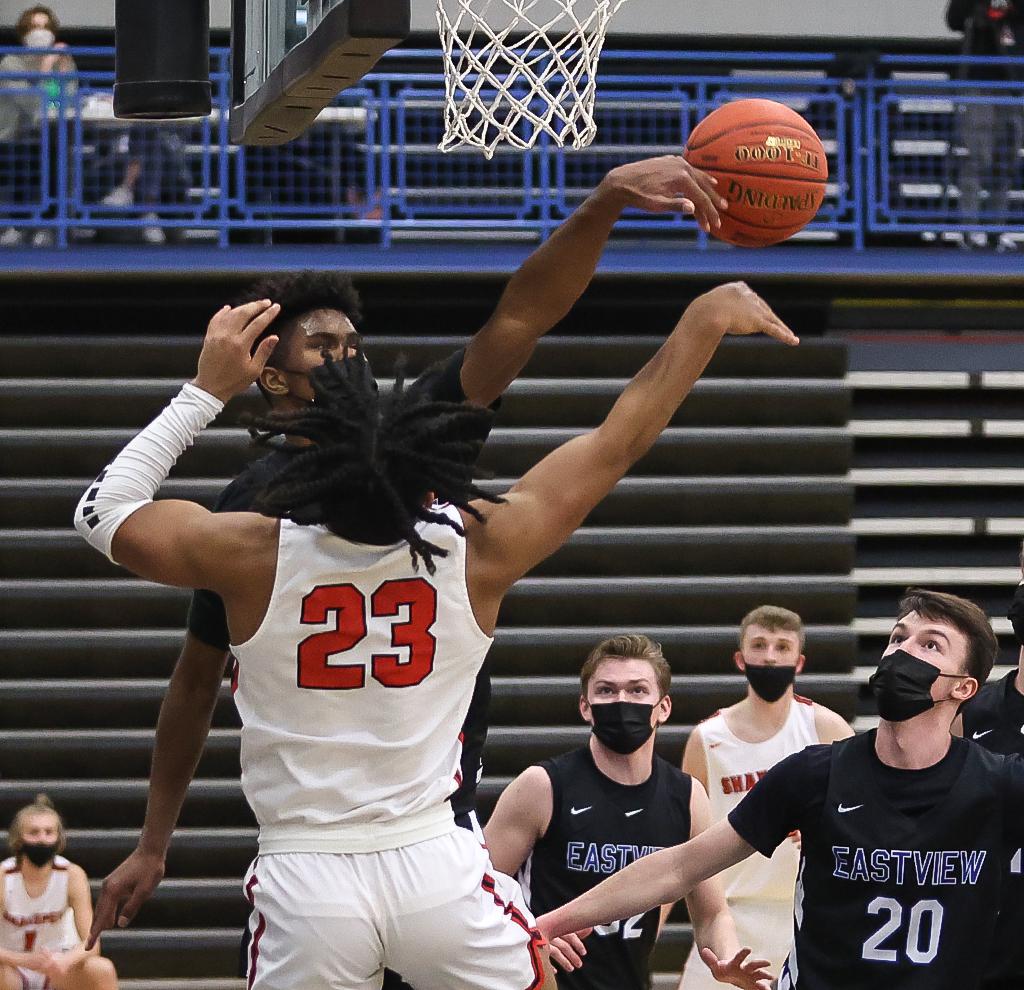 Eastview's Henry Shannon III knocks the ball away from Chandler Ross Jr. (23) late in the game. Shannon's 15 points helped No. 5-4A Eastview to a decisive 60-51 win over No.4-4A Shakopee. Photo by Cheryl A. Myers, SportsEngine

Eastview forward Henry Shannon III has been flying “under the radar,” but chances are he won’t be for long.

Shannon has been a leader for unbeaten Eastview, ranked No. 5 in Class 4A by Minnesota Basketball News, throughout the season. He averages a team-high 17.1 points per game and has been a force defensively at the rim.

After back-to-back 27-point performances in wins against Prior Lake and Farmington last week, Shannon once again demonstrated his ability on the court Tuesday, scoring 15 points, grabbing five rebounds and making key blocks at the net in the Lightning’s 60-51 home victory over previously undefeated No. 4-4A Shakopee.

It hasn’t been an easy path for Shannon. Last season, he was dealing with a high ankle sprain and wasn’t able to fully recover and get back to full time play. This past summer, he dealt with a family tragedy, keeping his mind away from basketball and off an AAU roster.

“He’s been kind of under the radar a little bit,” said Eastview coach Paul Goetz. 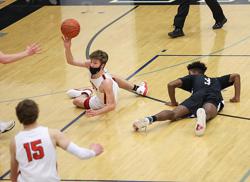 But since he’s been on the court, he’s been an energy source for the Lightning (10-0), helping power them to a 10-game winning streak midway through the regular season. On top of the results, Goetz said he’s just the kind of kid you want to coach.

Shannon showed just how well-rounded he is on the court Tuesday, contributing in a variety of ways against Shakopee (9-1), one of Eastview’s South Suburban Conference rivals. He was a spark plug for the team early, scoring nine points in the first half to help the Lightning go into the halftime break with a 32-26 advantage.

On the defensive end, Shannon came up with a key steal and swatted shots at the rim in the opening half.

“Henry’s a great leader. He really protects the rim well, he’s got good length, he’s got good timing,” Goetz said. “You saw tonight how many shots he altered, or guys go inside, and they don’t want to shoot because they know he’s there.”

Shannon continued to be a force in the paint throughout the second half, making the right defensive play and staying calm, even as Shakopee cut the Lightning’s once 11-point lead down to six late in the half.

“It’s just wanting to do my best to get the team an extra push [because] I know we can get that dub,” Shannon said. “That’s basically what’s been pushing me.”

Although Shannon said he’s still recovering from last season’s ankle injury, it hasn’t appeared to slow him — or Eastview — on the court. With the win, the Lightning now sit alone atop the South Suburban Conference standings.

“We’re all not gonna play like individually our best games, but if we can stick together, we can beat anybody,” Shannon said. 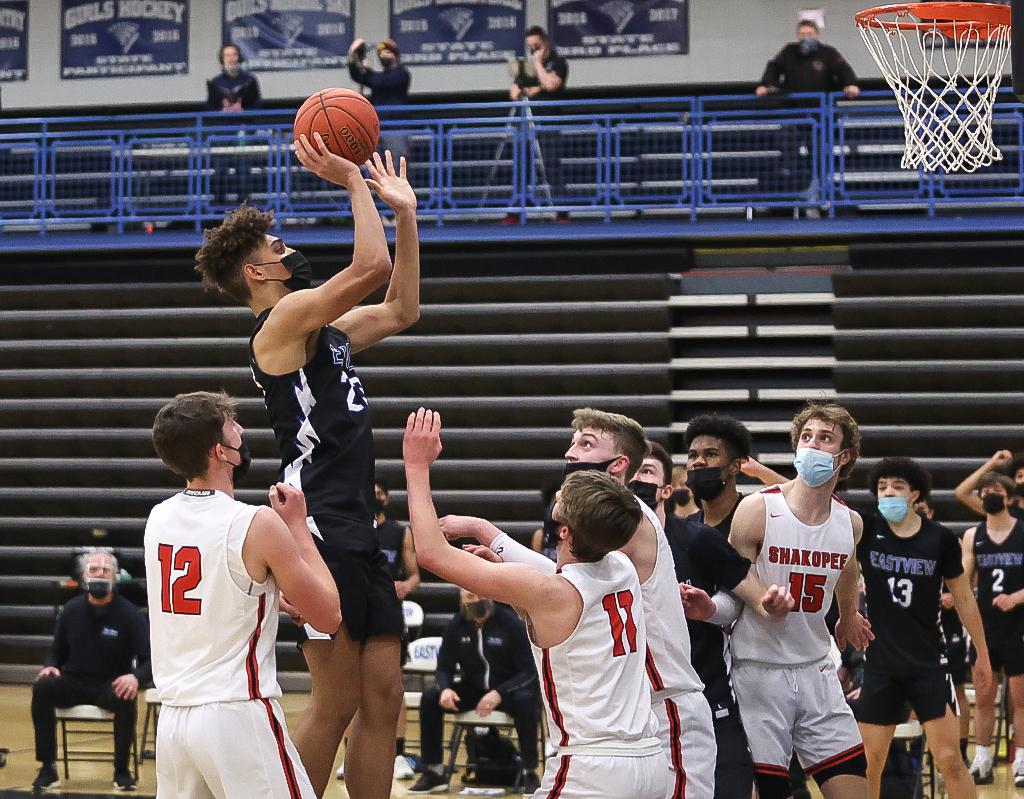 Eastview's Zach Spann shoots the ball over a crowd of Shakopee defenders. Spann scored 17 points and led all scoring in the top-10 matchup at Eastview High School. Photo by Cheryl A. Myers, SportsEngine

Eastview, ranked No. 5 in Class 4A by Minnesota Basketball News, got off to a hot start behind Henry Shannon III and Kenji Scales, as the two went into the halftime break with nine points apiece.

The Lightning had a 32-26 lead at the half. The lead increased to 11 points early in the second half, as No. 4-4A Shakopee didn’t score for almost the first six minutes of the latter half. But Shakopee didn’t give up without a fight. With Quinten Snell and Mick Wherley leading the way, the Sabers (9-1) roared back, cutting the lead to six points with less than three minutes remaining in the second half.

Eastview, however, held on as Shannon came up with clutch rebounds to close the game late. Zach Spann led the Lightning (10-0) with 17 points, while Shannon and Scales each contributed 15 points in the victory.

Snell had a team-high 13 points for the Sabers. Wherley chipped in 10 points. 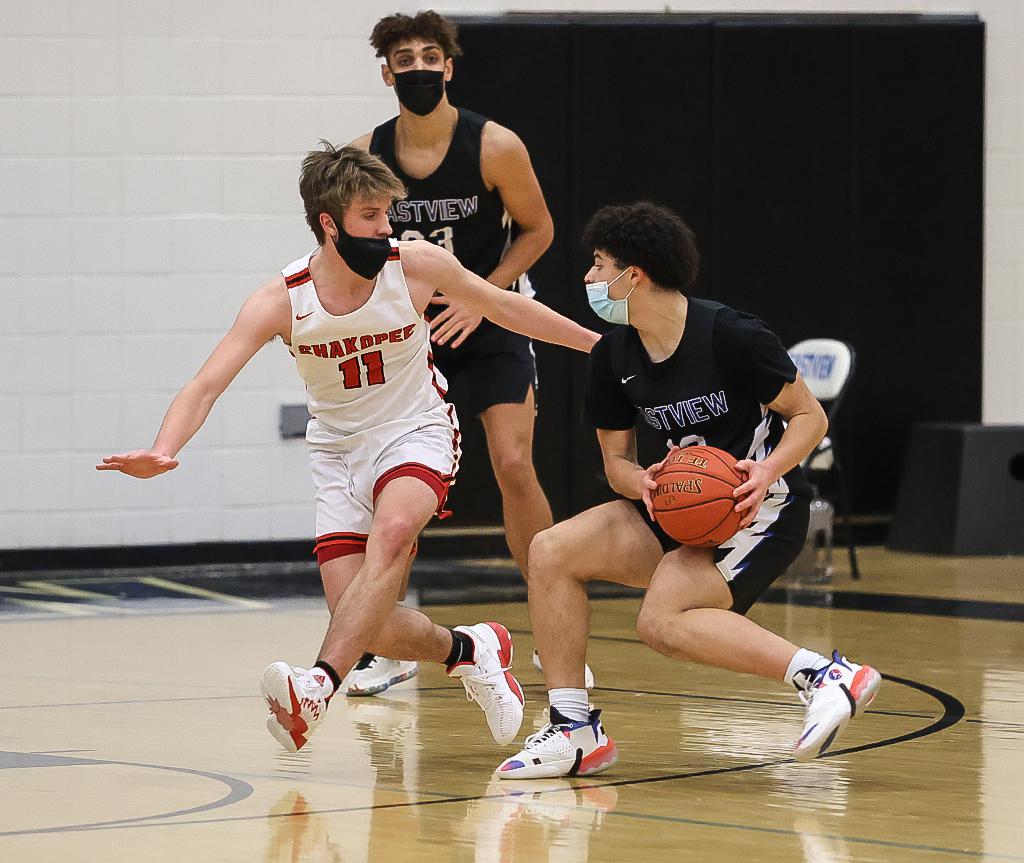