Zach Goring steps down at Apple Valley after 11 seasons

A 1995 graduate of the school, Goring led a talented cast of Eagles to five state tournament appearances and Class 4A state championships in 2013, 2015 and 2017. 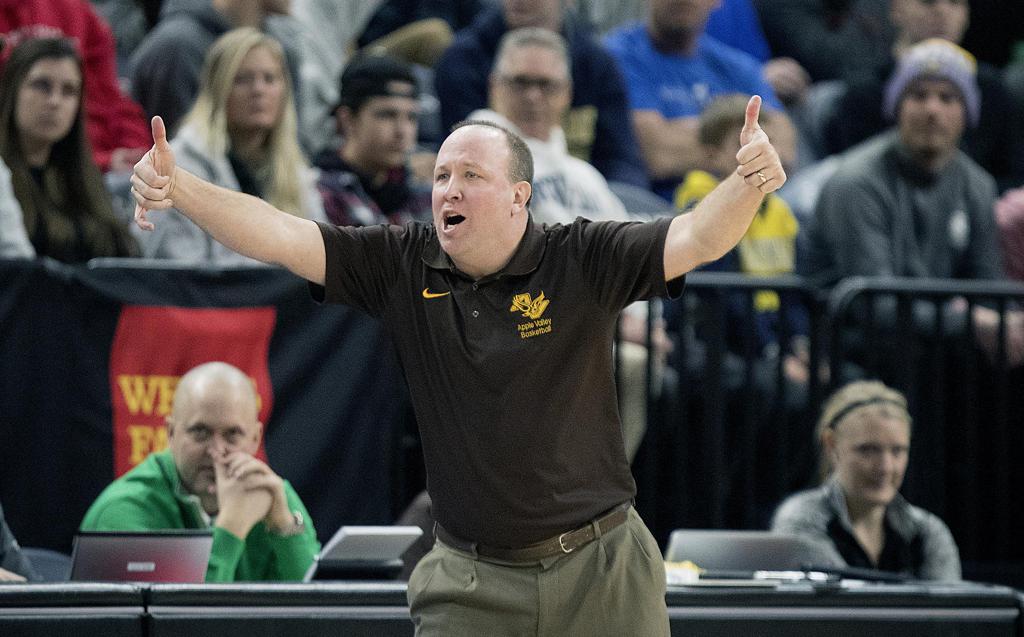 Apple Valley coach Zach Goring looked for a jump ball call instead of a foul call in a Class 4A quarterfinal game in 2018 at Target Center. Photo: ELIZABETH FLORES • liz.flores@startribune.com

Zach Goring, who coached Apple Valley to five state tournament appearances and Class 4A state championships in 2013, 2015 and 2017, announced on Twitter Thursday that he was stepping down after 11 seasons at the helm.

Goring, who played basketball at Apple Valley, posted his letter of resignation on the Apple Valley boys' basketball Twitter page, citing a desire to give more attention to his family.

“Running a high school basketball program takes an incredible amount of time and energy not just during the season, but throughout the entire year,” Goring wrote. “I’ve taken tremendous pride and joy in being a head coach at AVHS, but at this point in my life, I need to shift that focus and flexibility to my family.”

Goring, who graduated from Apple Valley in 1995 and played college basketball at St. Cloud State, took over as head coach before the 2009-2010 season.

With elite players such as Tyus Jones, Tre Jones and Gary Trent Jr. coming through the program, Goring led them to four state championship game appearances in their five state tournament trips. The Eagles defeated Park Center in 2013 and Champlin Park in the 2015 and 2017 finals. They lost to Cretin-Derham Hall 79-78 in 2018.