View the first, second and third teams, in addition to the AP Player of the Year. 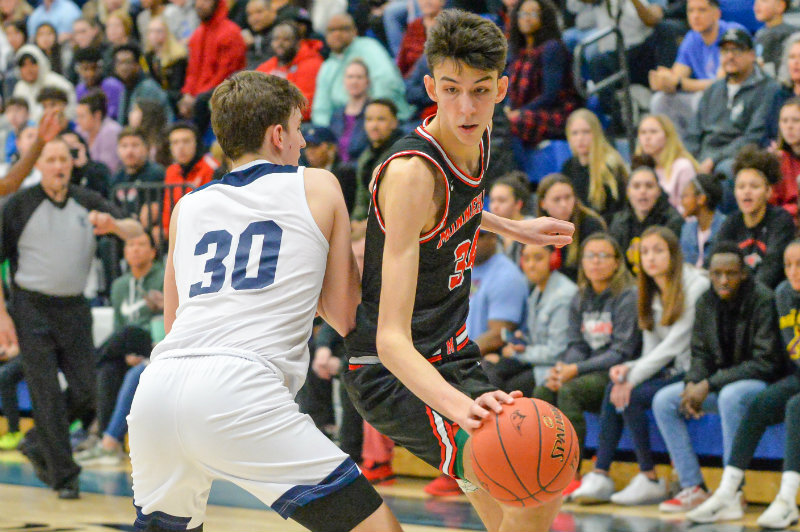 Chet Holmgren, a 7-foot forward from Minnehaha Academy, was the only non-senior selected to the first team. The junior helped the Redhawks to the Class 3A, Section 4 crown just before the season was halted due to the COVID-19 pandemic. Holmgren averaged 14.3 points per game, complimenting another Redhawk who received first team honors: Jalen Suggs.

A 6-5 guard committed to Gonzaga, Suggs had a sensational conclusion to his prep career, receiving each of the state’s top individual player honors this past month. Chosen the Star Tribune’s Metro Player of the Year, Suggs also captured the McDonald award from the coaches’ association, was chosen Minnesota’s Mr. Basketball, and in addition to his first team all-state selection he’s been named the AP Player of the Year.

Helping Minnehaha Academy to a 25-3 overall record, Suggs produced 23.5 points, 7.3 rebounds, 5.1 assists and 3.8 steals per game. He led Minnehaha Academy to three Class 2A state titles between his freshman and junior seasons before his team moved to Class 3A last fall.

Sixteen total players — five to each the first and second team, and six to the third team — received all-state honors this season instead of the usual 15, as Eden Prairie’s Connor Christensen and John Henry tied for a spot on the third team. All but three of the recipients are seniors.

Two guards from the Lake Conference, Drake Dobbs from Eden Prairie and Kerwin Walton of Hopkins, and Prior Lake’s Dawson Garcia round out the first team.

Joined with Christensen and Henry, Dobbs helped propel Eden Prairie to an undefeated season that included a regular-season victory over Minnehaha Academy in mid-February. A commit of Liberty University in Lynchburg, Virginia, the 6-1 Dobbs averaged 19.2 points a game.

Runner-up to Eden Prairie in the Lake standings, Hopkins clinched a spot in this month's Class 4A state tourney. Much of the Royals’ success stemmed from Walton’s production. At 6-foot-4, he averaged 26.4 points per game and has yet to make a college commitment.

A 6-11 forward committed to Marquette, Garcia was one of the state’s top-five scorers this winter. In addition to averaging 31.6 points a game, the big man also pulled down 9.8 rebounds per game.

View the tables below to see the rest of the selections.