The Minnehaha Academy star, who will play basketball at Gonzaga, became the first prep athlete to win the award as the state’s top senior in football and basketball. 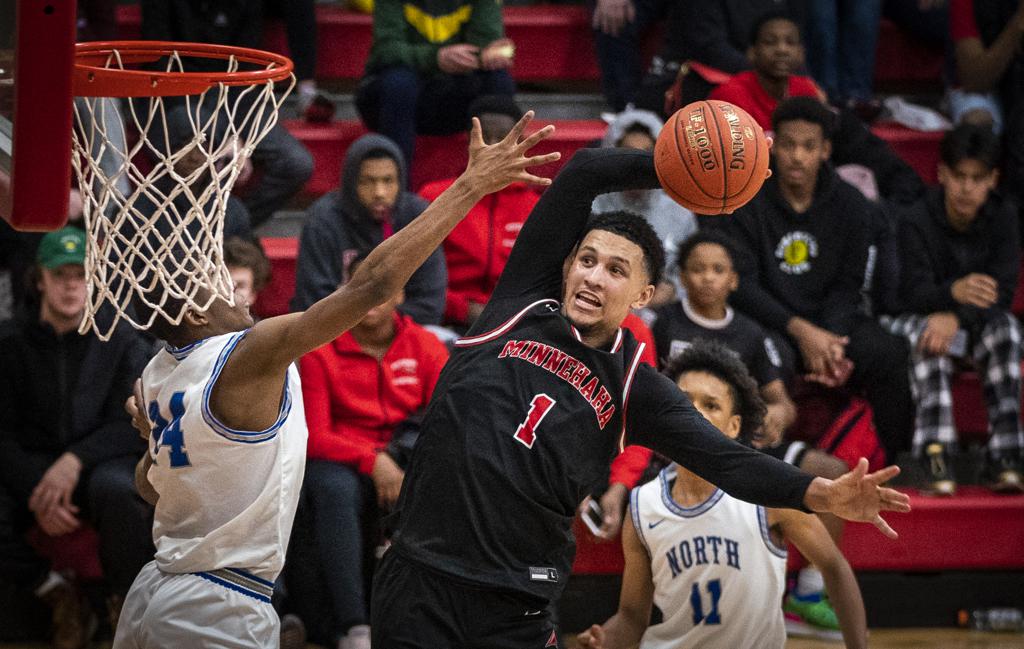 Minnehaha Academy’s Jalen Suggs dunked against the defense of Willie Wilson of Minneapolis North in a game on Feb. 27 at Minnehaha Academy. Photo: LEILA NAVIDI • leila.navidi@startribune.com

One day after winning the McDonald Award, a three-year-old award given out the Minnesota Basketball Coaches Association to the top senior in the Minnesota, Suggs was honored Wednesday as the winner of the 2020 Minnesota Mr. Basketball award.

Suggs, the Star Tribune boys’ basketball Metro Player of the Year, is also finalist for the national Naismith Player of the Year award. He is the leading scorer in Minnehaha Academy history with 2,945 career points and helped the Redhawks to three consecutive Class 2A state titles before this season.

The basketball honor was announced on WCCO Radio, where Suggs told host Mike Max that winning both awards in the same year was memorable.

“Winning the Mr. Football award meant a lot to me,” Suggs said. “Now with basketball, put it together with football, it’s special. It doesn’t happen very often. I’m grateful.”

The other finalists for the award were Dawson Garcia of Prior Lake, Ben Carlson of East Ridge, Drake Dobbs of Eden Prairie, and Nathan Heise of Lake City.

Matthew Hurt of Rochester John Marshall won the award in 2019.