The Gonzaga-bound senior averaged 23.5 points, 7.3 rebounds, 5.1 assists and 3.8 steals per game in his final prep season. 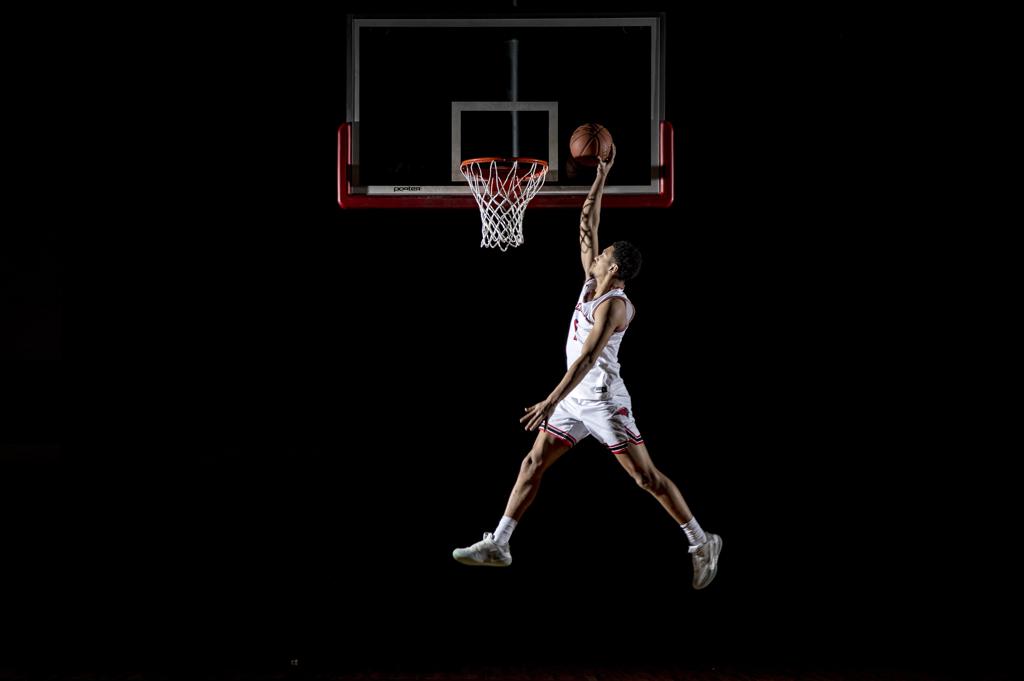 “He’s been my right-hand man for seven years,” said Minnehaha Academy coach Lance Johnson, who first came across Suggs as a sixth-grader. “He’s the most competitive kid I’ve ever coached in my life. He turned our athletic program around.”  Photo: Carlos Gonzalez, cgonzalez@startribune.com

First impressions can be misleading. Minnehaha Academy senior guard Jalen Suggs will attest to that vehemently. He has dealt with it on a firsthand basis.

Suggs is fun-loving, upbeat and likes to laugh and joke around. But when he steps onto the court or field in an athletic setting, he quickly becomes ultra competitive.

“A lot of people don’t know me outside of basketball,” Suggs said. “I can’t blame anybody for their first impressions. I just wish they would sit down and talk to me to get the complete picture before they judge me.”

The guiding force behind three consecutive Minnehaha Academy state championships is the Star Tribune Metro Player of the Year. He has been a member of the all-metro first team in each of the previous two years.

“Jalen is so competitive that he looks unlikable,” Minnehaha Academy coach Lance Johnson said. “He’s not like that at all. He’s a gentleman, and very humble.”

Two months ago, Minnehaha Academy’s team bus was departing Waseca 15 minutes after an 81-46 victory over the Bluejays. Suggs wasn’t aboard. He stayed behind to sign autographs and talk with the hometown fans. He also posed for pictures with them in the school gymnasium, which was filled for the game an hour before tip-off.

Forty minutes after the game he and mother, Molly, finally left to return to the Twin Cities.

“The way we were treated down there was amazing,” Suggs said. “They were all so grateful. It was a lot of fun talking to the kids, their parents as well as the fans. I talked to the school principal for a while, too.”

It also showed off his softhearted side.

Two weeks later, Suggs’ prep career reached its pinnacle in a 95-66 triumph at St. Peter.
He stood up in front of the Redhawks’ bench as St. Peter senior Mason Doherty. entered the game on Senior Day.

Doherty, who has Down syndrome, made two baskets, a three-pointer and two-pointer at the final buzzer. The always-smiling Doherty was quickly surrounded by all the members of both teams in jubilation after the final buzzer sounded. A short time later Suggs posed for a picture with Doherty, who has been part of the team since fourth grade, and even snapped a selfie.

“That was the most powerful moment I have ever experienced in sports,” Suggs said. “Being part of a highlight or winning a state championship is cool, but this was something I had never experienced before. It was a completely different feeling. I had goose bumps on my arms all the way home.”

Completely opposite of what he brings to the court on a nightly basis.

“I know there are teams that can’t stand him,” Johnson said. “It’s because he is so competitive. He’s a man among boys. He overpowers people right now.”

Suggs also continues to take his game to another level each year. He played more under control in his final prep season, unlike with reckless abandon at times in the past.

“I’ve been able to slow the game down in my mind,” Suggs said. “I play at my pace now.”

His shooting has also vastly improved, especially from three-point range.

“My jump shooting has become a lot better,” Suggs said. “Last summer I started shooting like I never have before. It carried over into this season until the last couple of games.”

Suggs, the school’s all-time leading scorer with 2,945 career points, has always been able to use his quick first step to beat defenders off the dribble and get to the rim.

“We played him in a couple junior varsity games as a seventh-grader and I said: ‘That’s enough,’ ” Johnson said. “We had to move him up to the varsity team right away.”

Suggs plays physically on both ends of the court. He uses his body well on offense to draw contact, and get to the free-throw line. He will apply plenty of ball pressure defensively, while also jumping passing lanes and hitting the boards.

“He’s been my right-hand man for seven years,” said Johnson, who first came across Suggs as a sixth-grader. “He’s the most competitive kid I’ve ever coached in my life. He turned our athletic program around.”

Suggs directed the Redhawks to consecutive Class 2A titles in 2017, 2018 and 2019. They moved up to Class 3A before this season and were ranked No. 1 with a 25-3 record and won the Section 4 title before the Minnesota State High School League canceled the rest of the season due to the growing concern over the COVID-19 pandemic.

The dual-sport sensation also quarterbacked SMB, a football cooperative of St. Paul Academy, Minnehaha Academy and Blake, to the Class 4A state crown in 2018. The Wolfpack was the runner-up this past season.

“I’ve always wanted to be known as a winner,” Suggs said. “If you don’t like me because of that, it means I’m doing something right.” 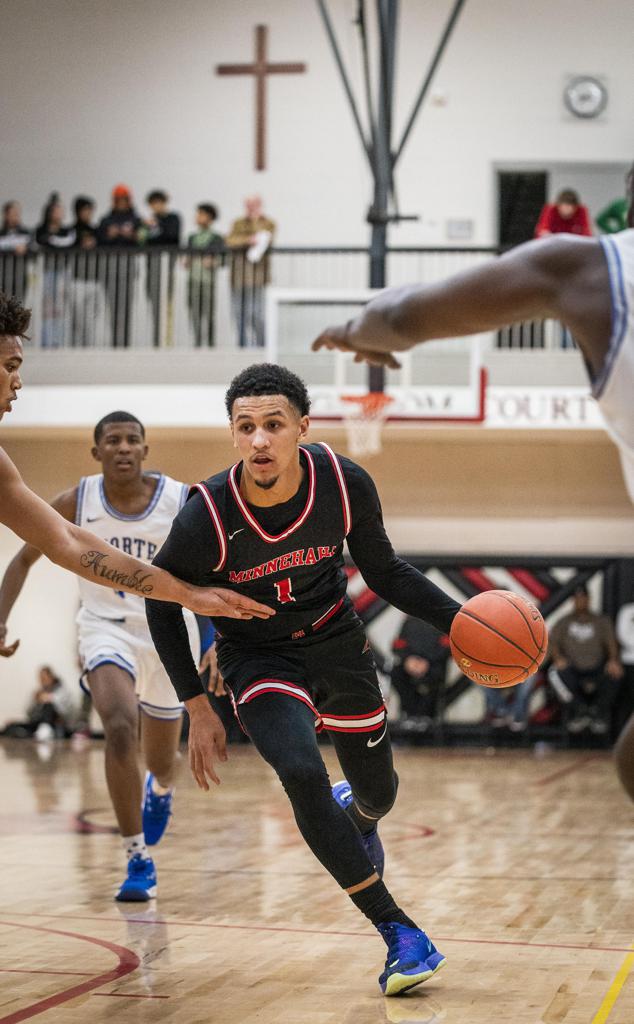