Eden Prairie sinks its talons into Prior Lake, advances to section championship game

The Eagles absorbed an early punch from the Lakers, then broke the game open in the second half to earn a spot in to Class 4A, Section 2 finale. 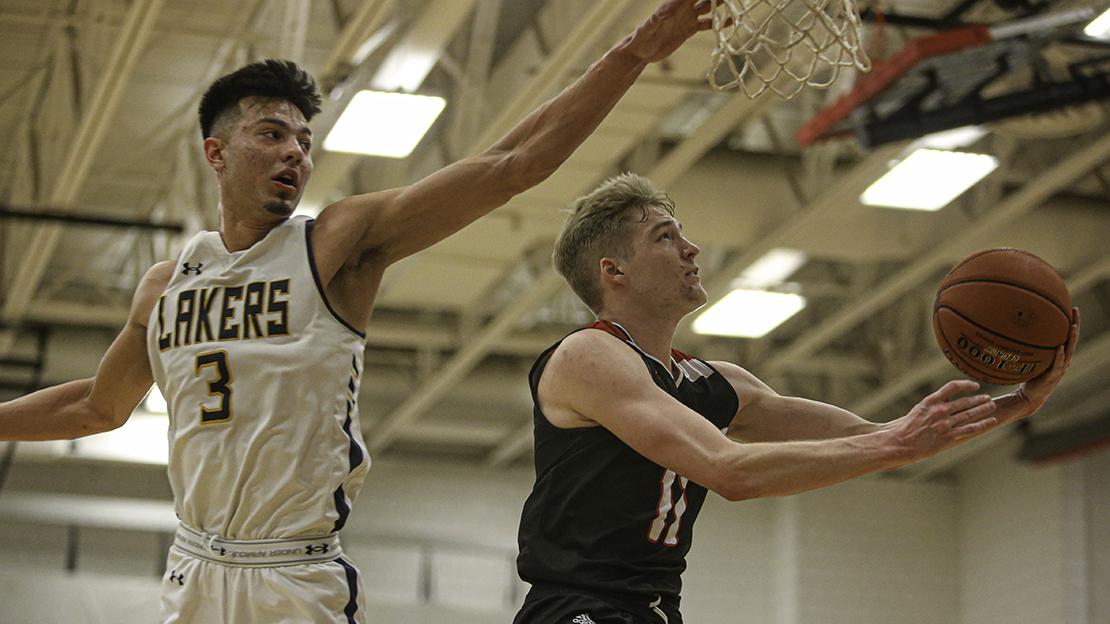 Drake Dobbs (11) went around Prior Lake's Dawson Garcia (3) to score on a reverse layup; two of his 27 points in Eden Prairie's 99-74 victory. Photo by Mark Hvidsten, SportsEngine 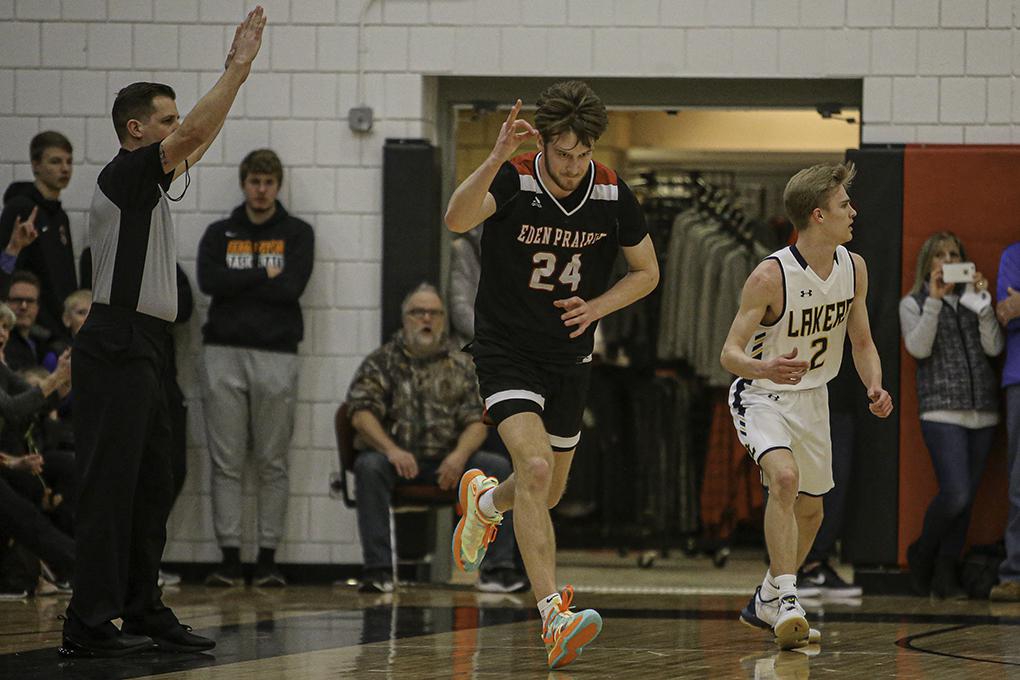 Connor Christensen (24) celebrated a three-point basket in the second half. His three-point shooting (he had 24 points) helped Eden Prairie to a 99-74 victory over Prior Lake. Photo by Mark Hvidsten, SportsEngine

For the first 16 minutes or so of Saturday’s game, it appeared Prior Lake may have the offensive acumen to keep up with an undefeated and top-seeded Eden Prairie team.

But less than two minutes into the second half, the idea of a potential upset was slipping away from the fourth-seeded Lakers. After the teams went back-and-forth for most of the first half, the Eagles flew ahead with a late run in the opening half and continued their momentum into the second half to roll to a 99-74 win in a Class 4A, Section 2 semifinal at Eden Prairie High School.

Prior Lake (19-8) set the tone early with its three-point shooting as the Lakers knocked down nine three-pointers in the opening half.

“We know how well they had been shooting lately,” Eden Prairie coach David Flom said. “We wanted to be crowding but did a horrible job.” 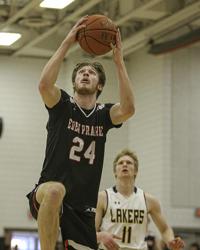 Offensively, however, the Eagles put up 52 first-half points and their standout players came to play. Drake Dobbs, a senior guard and Mr. Basketball finalist, came out with 11 points in the first half while fellow senior guard John Henry had 12 points, helping the Eagles (28-0) to a 10-point halftime lead.

“We knew the first five minutes of the second half were going to be crucial,” said Eden Prairie senior forward Connor Christensen. “They haven’t had to play behind much this year.”

With that in mind, Christensen came out with a vengeance. The Dartmouth commit drained a pair of three-pointers to start the second half to extend Eden Prairie’s advantage to 16 just minutes into the half.

Eden Prairie, ranked No. 1 in Class 4A by Minnesota Basketball News, continued to score while ratcheting up things on the defensive end, allowing Prior Lake just one three-pointer in the second half.

“Our team goal in this game was to make every guy miss their first two shots,” Christensen said. “I think we did the exact opposite of that. We know teams are going to play around with us, but we believe no one can keep up with us for 36 minutes.”

Prior Lake senior guards Tyree Ihenacho and Nate Bach were the catalysts in the opening half, finishing with 15 and 11 points, respectively.

As the second half progressed Eden Prairie’s lead continued to grow as four Eagles – Dobbs, Henry, Christensen and senior forward Austin Andrews – all finished in double figures with Dobbs tallying a game-best 27 points.

Those four seniors have been together on the floor since they were freshmen. With Saturday’s win, Eden Prairie will host the Class 4A, Section 2 final and its seniors will hit their home floor one more time with a state tournament berth on the line.

“We’ve spent a lot of time together and rely on each other on the floor,” Christensen said. “We’ve had so much fun, but we’re focused on the next game. It will be fun to step in this gym one last time.” 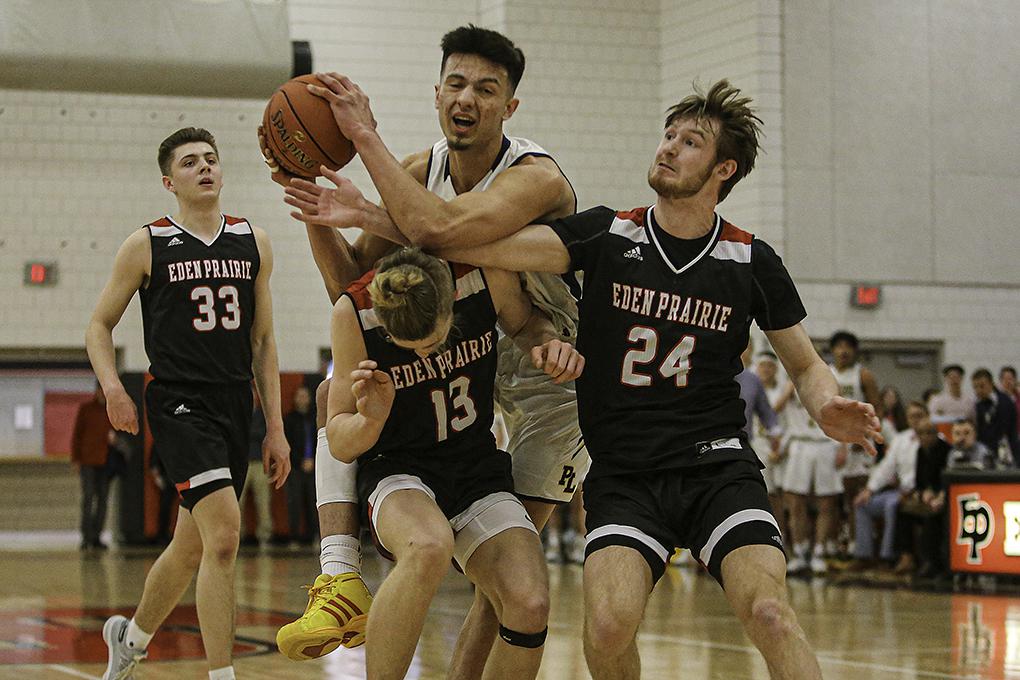