The Polars' Quientrail Jamison-Travis came up big in his final regular-season game, pouring in a team-best 27 points to go along with 11 rebounds. 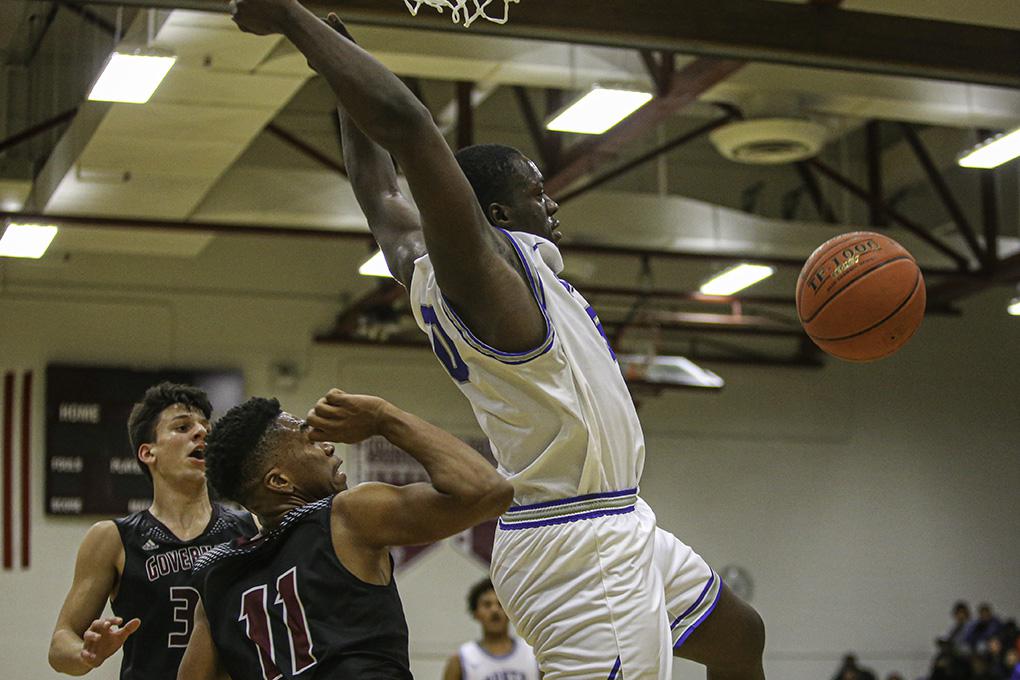 A year ago, basketball was just a sport for Minneapolis North’s Quientrail Jamison-Travis to play during free time away from the football field.

Now, Jamison-Travis finds himself sporting a Polars’ basketball jersey and helping his school to the Twin City Championship.

The senior big man tallied a double-double with 27 points and 11 rebounds on Saturday. A total that proved good enough to help North, ranked No. 5 in Class 2A by Minnesota Basketball News, defeat St. Paul Johnson 86-79 at Johnson Senior High School in St. Paul to win the Twin City Championship game.

For most of Jamison-Travis’ high school sports career, football has been the main calling card. He was a standout defensive tackle on North’s football team this past season with his 17 sacks helping the Polars to the Class 2A state championship game, where they were shutout by Caledonia.

But prior to this basketball season, Jamison-Travis showed his basketball skills during a lunchtime pickup game at North. He dunked the ball so hard it broke the rim. 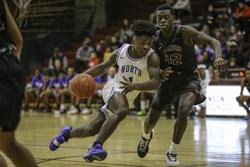 Aside from breaking the rim, Jamison-Travis’ slam made it to Twitter and captured the attention of Polars’ basketball coach Larry McKenzie.

“I responded to that tweet right away and said ‘you’re playing basketball,’” McKenzie said, laughing.

Soon enough, Jamison-Travis followed direction and started playing basketball. It was the first time he had ever played organized basketball.

Jamison-Travis has played a secondary role in the Polars’ offense throughout most of the regular season, supporting leading scorers such as junior Davon Townley and sophomore Willie Wilson. Both players scored in double figures on Saturday, but it was Jamison-Travis who had a day to remember with the best scoring performance of his career.

“I just felt energized once I hit the court today,” Jamison-Travis said. “It just felt like my game and my chance to take over.”

For McKenzie, the performance of his big man was the culmination of hard work.

“What he showed you today in the game is what we see in practice every day,” McKenzie said. “He demonstrated what he’s capable of.”

The biggest role for the senior may be his job as a veteran leader, as Jamison-Travis is one of just three seniors on North’s roster.

“You see him lead by example,” McKenzie said. “He’s a great leader, but he’s too nice to say it. He keeps our guys in check.”

“We couldn’t stay on that losing streak,” Jamison-Travis said. “We had worked hard in practice, and had to pay attention to little things and make sure our game was strong in every area.”

McKenzie admitted that the three-game stretch entering Saturday’s tilt against Johnson (16-8, 11-1) to end the regular season was a deliberate setup to help his team get ready for what a state tournament run may look like. Now, his team enters the postseason on a positive note and has a senior in Jamison-Travis who is motivated to win.

“(Jamison-Travis) is a guy who lost his final football game,” McKenzie said. “He certainly knows what it’s like to win, and wants to have that success with our team and have it end on a high note.” 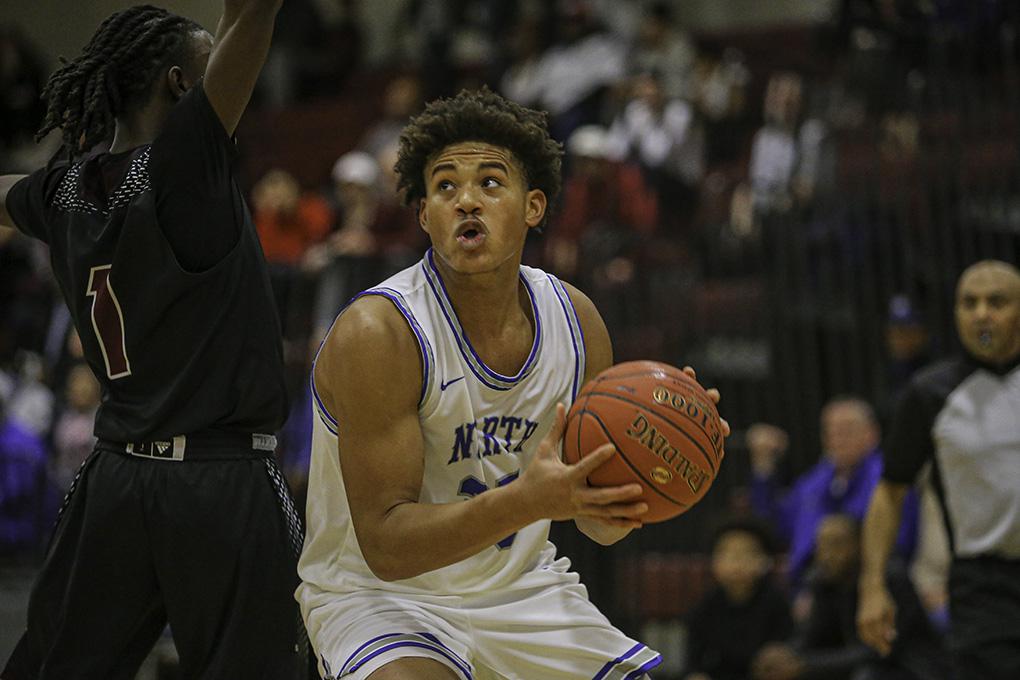 After going undefeated in league play to win the Minneapolis City Conference championship, Minneapolis North added another piece of hardware to its trophy case this season. The Polars defeated St. Paul Johnson 86-79 on Saturday at Johnson Senior High School in St. Paul to capture the Twin City Championship.

Senior forward Quientraill Jamison-Travis got things going for the Polars, ranked No. 5 in Class 2A by Minnesota Basketball News. He finished with a game-high 27 points and also grabbed 11 rebounds.

Jamison-Travis got plenty of help from his teammates, as three other Polars (19-8, 12-0) finished in double figures. Junior forward Davon Townley chipped in 11 points, while sophomores Willie Wilson, a point guard, finished with 17 points, and wing Jacob Butler added 12 points.

Despite the Polars’ potent offensive attack, they found themselves fending off a furious rally from Johnson (16-8, 11-1).

The Governors, who finished tied atop the St. Paul City Conference standings with St. Paul Central, pushed back with the likes of junior guard Julian Hodges and senior forward Jeremiah Knox. Hodges finished with 22 points while Knox tallied 20 points.

Aside from capturing bragging rights by beating the Governors, the Polars also halted a three-game skid to conclude the regular season. 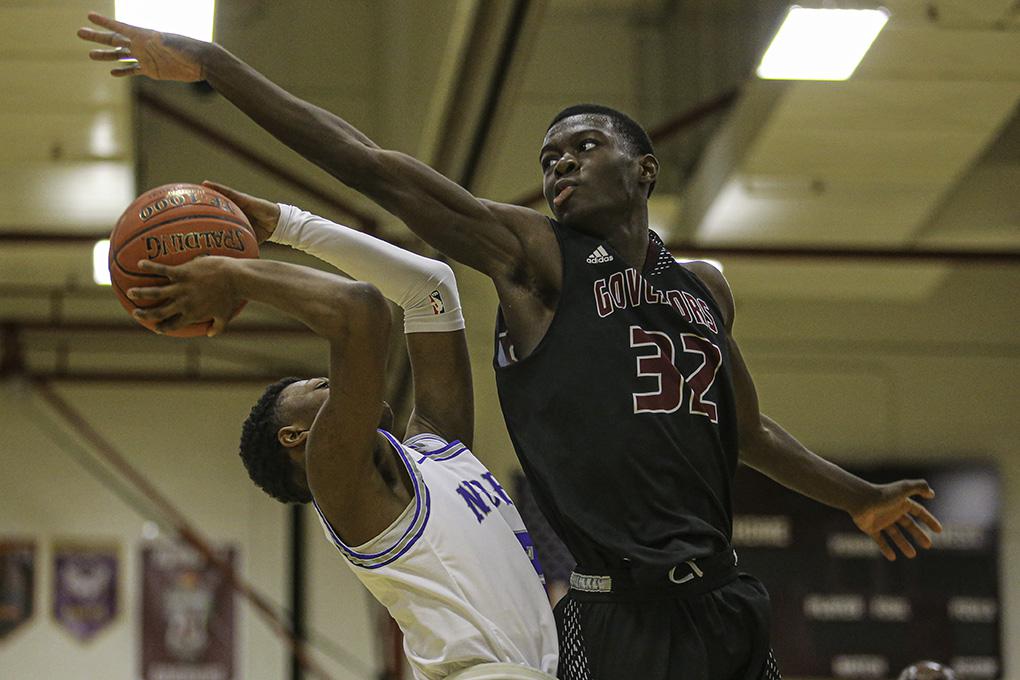