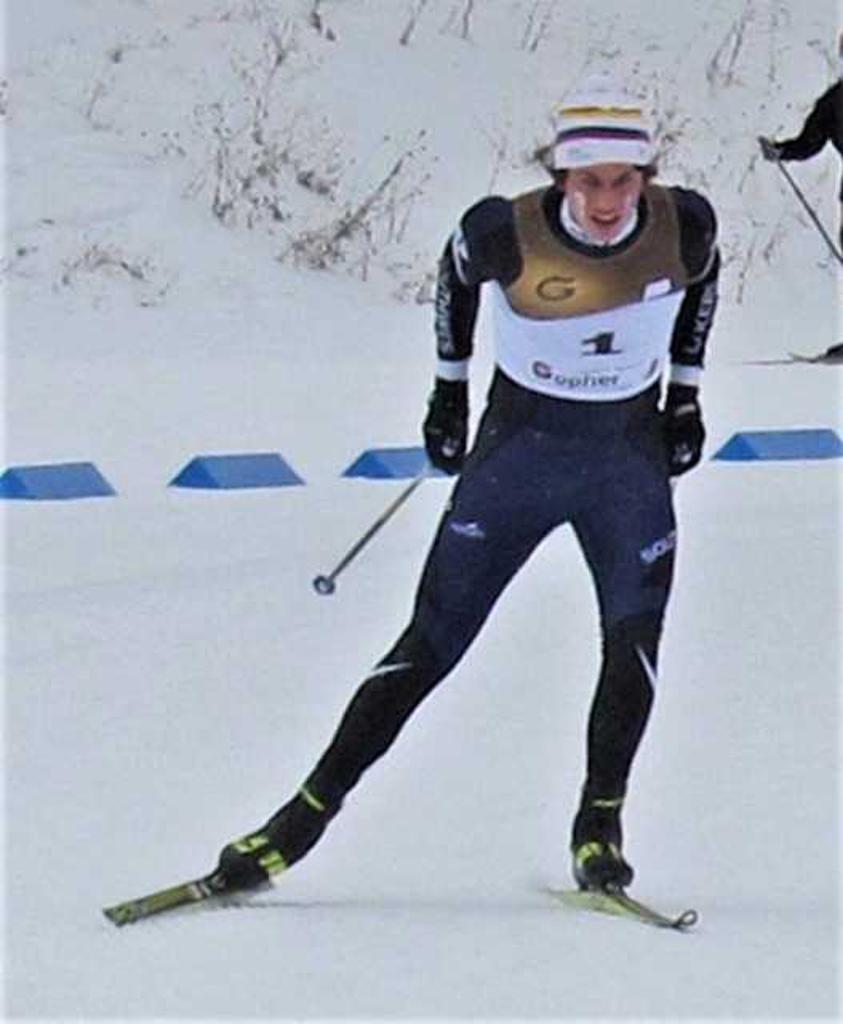 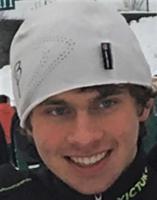 Sparks showed what he was capable of when healthy by rallying from an eight-second deficit after the classic portion of the Section 2 meet to win the individual pursuit championship. He went 11:18.2 in the freestyle race at the Theodore Wirth Park course to overtake teammate Jacob Rochell-Share for the title, finishing with a winning combined time of 24:53.2.

The two of them, together with teammates Charlie Grabow and Stas Bednarski, led the Lakers to the section team championship.

Only recently has Sparks been able to entertain thoughts of victory. He strained his back in training just before the season, and tried to ski through it at first.

“In early January, I started going to physical therapist,” he said. “It was pretty tough. I missed a lot of meets.”
Once his back finally began to feel better, he knew he had to play catch-up with his training if he wanted to have success in the section meet.

”I had to train harder to get my fitness back,” he said. “Some really intense shorter workouts.''

It all paid off Feb. 3 when he blazed over the second half of the race to win the individual title.

“It was kind of a big deal,” he said. “And right now, I’m skiing my best when it matters most.”

The 5-11 junior guard helped the Royals to a 60-39 victory over Southwest Christian with 23 points. She followed up with a season-high 31 points, along with 10 rebounds and six assists, as they defeated Rockford 60-47 for their seventh consecutive victory.

The all-around play of the senior guard helped the Elks win two of three. He had 24 points in a loss to Class 4A, No. 6 Spring Lake Park, 19 in a victory over Centennial and 27 to lift them past Big Lake. Overall, he finished with 70 points, 12 rebounds, 12 assists and seven steals. 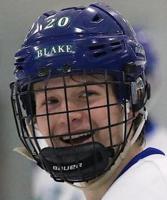 Over his last four games, the junior forward and future Gopher scored seven goals and assisted on 10 others. His most productive outing — four goals and two assists — came in an 8-1 victory over Providence Academy on Thursday.

The junior forward propelled the Wildcats to two victories in Class 2A, Section 3 play. She had a pure hat trick and an assist in a 5-1 victory over Rosemount and scored twice as they downed top-seeded Apple Valley 4-2 in the semifinals. 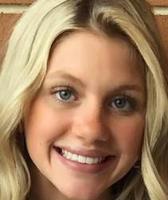 The playmaking junior defenseman helped the Tigers to the Class 2A, Section 1 championship game with back-to-back five point games. She had a goal and four assists in an 11-0 romp over Rochester Mayo and an identical line in an 8-3 victory over Dodge County. 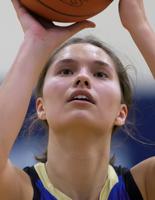 The 6-foot junior guard led the Stars to victories over Fridley, St. Anthony and Chanhassen. She shot 67 percent from the floor (26 of 39), made all nine free throw attempts and added 18 rebounds.