St. Croix Prep is compiling a season to remember

The Lions are 18-0, including a victory over traditional power Minneapolis North, and the boys are ranked No. 5 in Class 2A. 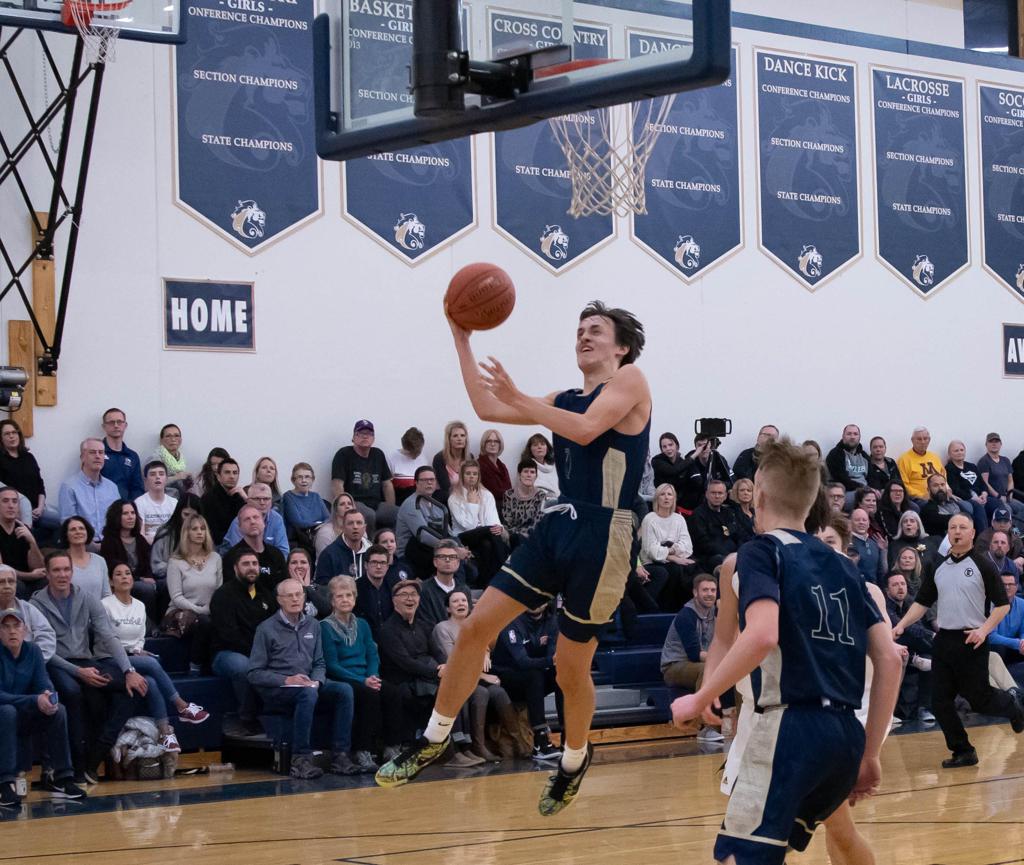 St. Croix Prep boys’ basketball coach Keven Seim mulled over reasons behind his team’s spectacular 18-0 start. He landed on many, but one, in particular, stood out.

An early-season 70-58 victory over traditional power Minneapolis North was a factor, surely. “That game was something that our players were looking forward to in their minds,” Seim said. “They thought they were going to be good, but that game was like a barometer. Are we as good as we think we can be? That game answered that question.”

There was a confidence and belief that carried over from the Lions’ boys’ soccer team, which qualified for the Class 1A state tournament last fall, a first for the school. And an aggressive summertime program of conditioning and weightlifting primed the pump.

A successful 2018-19 season, which ended with a competitive loss to eventual state champion Minnehaha Academy in the Section 4, Class 2A finals, set the stage.

“That sparked us,” Seim said. “We felt like we pushed them. We challenged them. We ended up losing by 20, but the kids played well.”

The genesis of the current stellar season of St. Croix Preparatory Academy, a 16-year-old charter school in Stillwater that, according to its website, serves nearly 1,200 students grades K through 12, goes back much further. And it has very little to do with basketball.

“This is a K through 12 building,” Seim said. “We have nine senior players and a senior manager who have been going to school together for a long time, some of them since kindergarten. They care about each other. They truly are friends.”

Friends who can hoop a little.

It starts with the Lions’ three senior captains: Daniel McCarrell, Zach Doely and Barrett Benson. McCarrell is the team’s second leading scorer, a guard with an intuitive basketball mind who can score from the perimeter.While his 18 points per game are vital to the team’s success, Seim said his biggest contribution has been his leadership.

“His grandfather [Dan McCarrell] was a great coach at Mankato State, so we know he understands the game really well. This year, we kind of challenged him to be more vocal, talk to his teammates when he sees something,” Seim said.

That theme of communication has carried throughout the Lions’ lineup. Knowing the tight personal relationships his players have, Seim and his staff worked with the players starting three seasons ago on holding each other accountable. Speak up when something doesn’t seem right, like brothers.

“We talked about having difficult conversations, to say something when you think someone needs to do better isn’t going hard enough,” he said. “We forced the kids to play that out and talk about it. Three years later, our kids feel comfortable doing that. And we have benefitted from it.”

While the seniors have set the tone, the Lions have augmented their roster with a few productive juniors. Guard Addison Metcalf, son of former Gopher Rob Metcalf, is perhaps the team's best all-around player. He leads the team in scoring (19.6 points per game) and assists, and is second in rebounding. Junior guard Andrew Howard chips in with a consistent 10 points per game.

“We thought, back when these seniors were in eighth grade, we might have something,” Seim admitted. “And we’ve been able to mix in a few key juniors.”

What’s kept St. Croix Prep on the winning path this season has been the players' affection for one another and their love of basketball.

“We have a little different school day. We don’t start until 9:30 a.m. and school doesn’t end until 4,” Seim said.. “When I get to school, We always have tons of kids in the gym, of all ages, shooting baskets. At St. Croix Prep, they really identify with basketball.”

As well as this season has gone so far, things could even get better. Their chances of getting to a state tournament improved drastically when Minnehaha Academy moved up to Class 3A.

“It was unfortunate that every team in our section knew that getting to the section final was your state tournament,” Seim said. “Now, we’ve got 15, 16 teams in our section that feel like they have a chance.”

First things first, however. There’s a conference title to look toward before anyone talks state tournament possibilities.

“We’re trying not to look too far ahead. Our first goal is to win the Skyline Conference,” Seim said. “We’re not naïve enough to think the kids aren’t looking ahead, but it would be unfortunate to miss out on a part of the journey.”