See who fans voted as the top performer from Dec. 2-7. 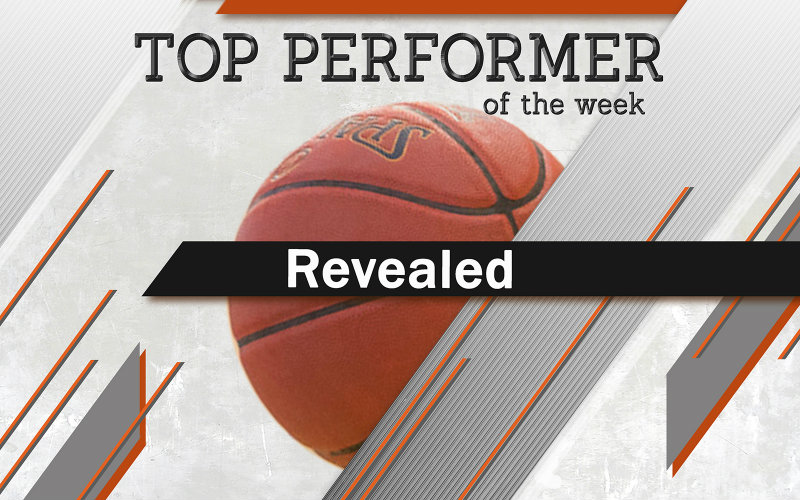 Ben Carlson, East Ridge. Carlson and his East Ridge teammates have received praise in recent years, and the 6-foot-10 senior and his fellow Raptors showed why on Dec. 7, as the future Wisconsin Badger tallied 40 points in East Ridge's 62-57 defeat of Park Center.

Trenten Cavaness, MACCRAY. Cavaness has been a big part in his team's perfect start to the season, as the junior center has stuffed the scoresheet with both points and rebounds.  Cavaness scored 17 points and grabbed 13 rebounds in the Wolverines' 69-57 defeat of Renville County West on Dec. 6.

Nathan Heise, Lake City. The senior guard was given a big test last Saturday, as he and his Lake City teammates took on Minneapolis North at the Breakdown Tip Off Classic in Hopkins. Heise, a Northern Iowa commit, racked up 39 points as the Tigers downed the Polars 65-54.

Henry Abraham, Cambridge-Isanti. Though the season is relatively young for Cambridge-Isanti, Abraham appears to already be in midseason form. On Dec. 3, the senior guard put up 34 points in a 77-56 win against Coon Rapids. Then on Dec. 7, he topped that with a 47-point performance in the Bluejackets' 99-82 loss to St. Cloud Apollo.

Dawson Garcia, Prior Lake. Expect to hear plenty about Garcia, who is a Marquette commit, this season. The 6-foot-11 senior recorded 39 points in an 89-68 victory over Minnetonka on Dec. 5.