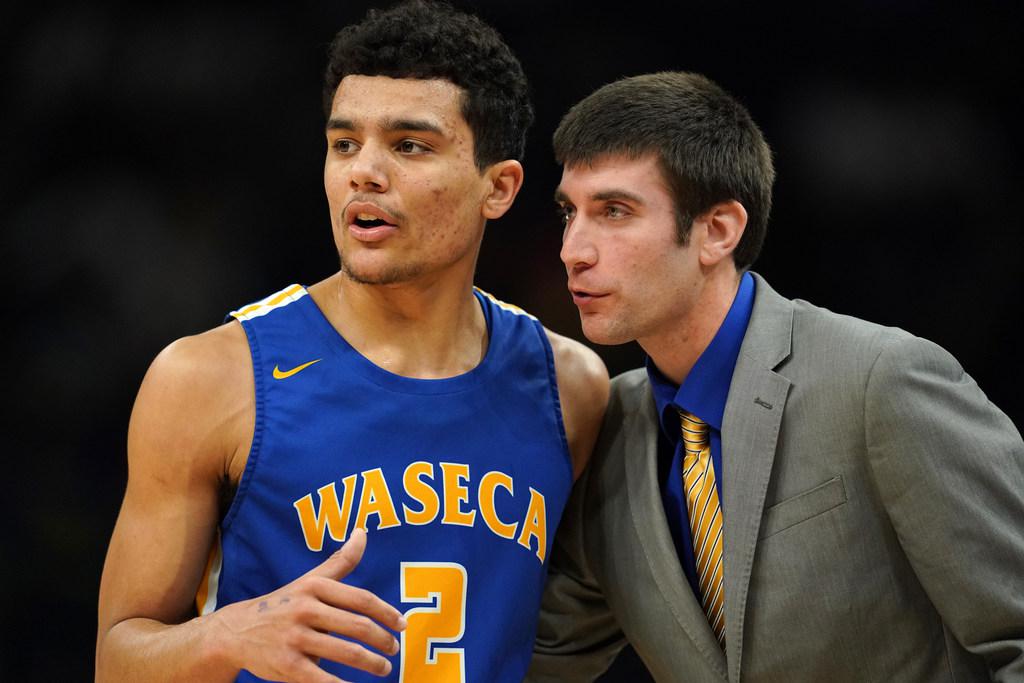 The multisport athlete is alive and well, judging by the strong football influence on championship Saturday at the state tournament.

Lakeville North had four regulars who were key contributors to the Panthers’ Class 6A football champs: forwards Will and Eli Mostaert — twin brothers — and Tate Staloch and guard Tommy Jensen. Running back Raja Nelson also is a member of the basketball team, though he was injured during the tournament.

Waseca’s Willingham brothers, Malik and Kyreese, had vital roles in the Bluejays’ run to the Class 4A state football semifinals, where they lost to the SMB Wolfpack.

Class 1A finalists North Woods and Henning each listed four football players on their basketball rosters.

In his postgame remarks, DeLaSalle coach Travis Bledsoe said his team’s victory was “for all the alumni … all the players that didn’t win a state championship.”

That includes Bledsoe, a 2005 DeLaSalle graduate and Mr. Basketball finalist who reached the state tournament in 2004 and 2005.

Last season, Bledsoe’s first as coach of the Minneapolis-based private school, the Islanders’ run of six consecutive Class 3A titles was snapped with a semifinal loss.

“To come back and get it done was special,” he said.

Henning coach Randy Misegades had a plan when he brought his team Target Center to play Rothsay on Feb. 2.

The Hornets won 78-30 and shot well, something that carried over to their two Class 1A tournament games.

“The main reason we did it was to get some experience on the floor in case we got here,” Misegades said.

Henning shot 57 percent from the field in a 67-34 semifinal victory over Spring Grove and 55 percent in the state final.

“I thought if we played on the floor it might benefit us,” Misegades said.

Isaac Fink, a finalist for Mr. Basketball, scored 35 points in leading Springfield to a 91-61 victory over Westbrook-Walnut Grove in the Class 1A consolation championship.