The Royals went on an 18-2 run -- after the Panthers rallied after halftime to take the lead -- and hung tough for a 55-40 victory. 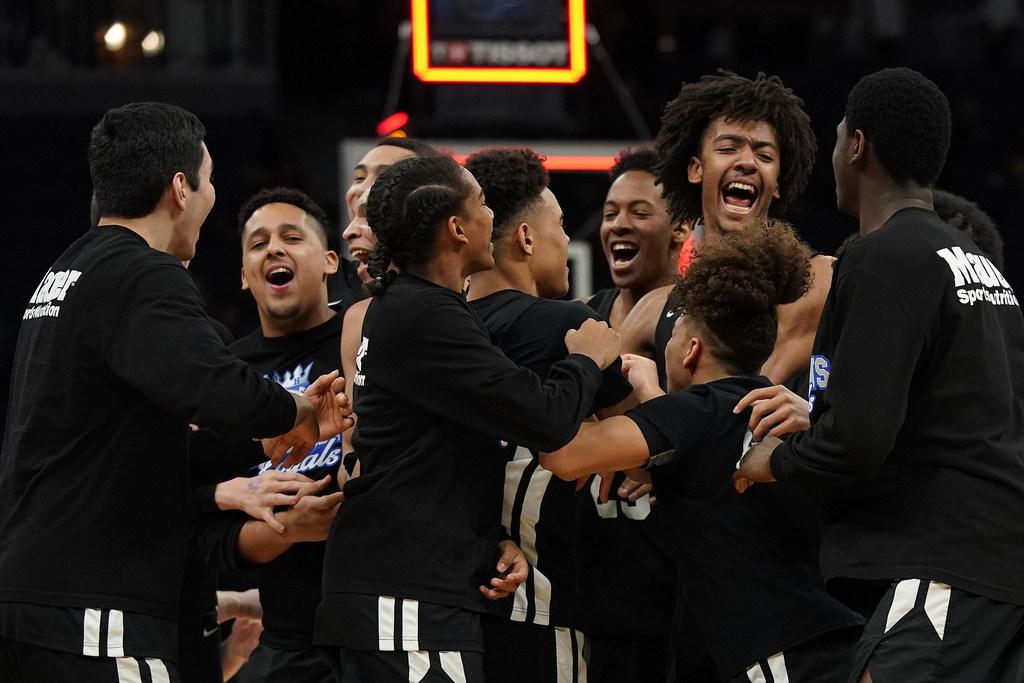 The surprise is not that Hopkins defeated Lakeville North 55-40 to win the Class 4A state championship. The Royals have won state titles before, nine before this one.

What stood out about the victory Saturday was how it was done. Typically known as a fast-breaking, high-flying, point-producing program leans on athleticism to win, Hopkins turned absolutely gritty to nail this one down.

The game facts bear that out: The Royals held their opponents to just 28.3-percent shooting from the floor. They won the rebounding battle 47-31, including a remarkable 21-rebound effort by 6-8 senior forward Dane Zimmer. And they leaned on their defense after surrendering the lead for the only time all game, going on a game-clinching 14-0 run and holding Lakeville North scoreless for nearly eight minutes.

“Big games, they generally are never free-flowing,” Hopkins coach Ken Novak Jr. said. “They’re more of a grind. And these guys ground when they had to.”

Neither team had much of a flow to its offense in the first half, primarily due to both sides’ commitment to defense. Hopkins managed to build a 10-point lead, largely on rebounding and challenging Lakeville North on every possession, and held a 24-17 advantage at halftime.

The Panthers (27-5) came out blazing in the second half, scoring nine consecutive points to take their one and only lead of the game, 26-24, on a Tyler Wahl alley-oop dunk.

It seemed to set the stage for a possession-by-possession battle for the rest of the game.

But Hopkins (27-4) clamped down on Lakeville North after that. Defending strongly, the Royals turned the two-point deficit into a 14-point lead, 42-28, with 5:36 left in the game.

“We did exactly what we wanted to do, get right back into the game,” said Lakeville North coach John Oxton, who wasn’t sure exactly how big Hopkins’ run was. “Then they went on a 9-0 run, maybe even 11-0, something like that. To go from up two to down nine, we just really, really struggled offensively.”

With star forward Zeke Nnaji battling constant double-teams, it was guard Kerwin Walton who sparked the Royals fateful run. He scored eight of the Royals’ 14 points in the run and finished with a team-high 17 points. Nnaji had 14 points and 12 rebounds.

“He deserves everything he gets,” Novak said. “Nobody puts in more work than Kerwin.”

The Hopkins defense kept Lakeville North from putting on a serious run after that. The Panthers did manage to get within eight, 48-40, with 1:52 left, but failed to score after that. Wahl led the Panthers with 19 points and 17 rebounds.

Afterward, Novak praised his team for developing the type of rough-and-ready attitude it needed.

“We were kind of a free-flowing prima donna team at the beginning of the year, and I thought, as the season went on, we just started to get tougher and tougher and tougher to the point where defense became a little bit of our identity. And that’s what you have to do to win.”

Hopkins broke open a close game with an 18-2 run early in the second half to defeat Lakeville North 55-40 for the Class 4A championship Saturday at Target Center.

It’s the second time in four years that the Royals defeated the Panthers in the large-school final. Hopkins won 64-55 in 2016.

After an inconsistent first half, Hopkins watched a seven-point halftime lead disappear in the early stages of the second half. Lakeville North scored the first nine points after halftime to take its only lead of the game, 26-24 on a Wahl alley-oop dunk.

After a Nnaji layup tied the score at 26-26, both teams went cold. Hopkins missed 10 consecutive shots, including four on one possession, before Andy Stafford’s short shot in the lane broke the drought. That began Hopkins’ game-turning run as the Royals scored 14 consecutive points.

Lakeville North’s game turned south quickly. After getting the lead, the Panthers went more than 7 minutes without scoring. They finally got one to go in on a lay-in by Josh Kamara with less than seven minutes left. But by that time, Hopkins had built a double-digit lead.

The Panthers managed to cut into Hopkins' lead late in the game, getting as close as eight points with 1:52 left, but they never got closer.

Both teams took the opening minutes as a chance to see what the other was planning to do. Hopkins took an early 4-0 lead on Nnaji free throws, the result of the expected Lakeville North strategy of defending Nnaji with muscle.

The rest of the first half leaned in favor of Hopkins. Zimmer, an unsung 6-8 forward, continued his strong tournament on the boards, grabbing 12 to help Hopkins to a 20-10 rebounding edge before halftime.

The Royals opened up an 10-point lead, 23-13, on the strength of a 13-2 run. Andy Stafford, Kerwin Walton and Nnaji each hit three-pointers during the stretch.

Lakeville North started to find momentum as the time drained away, getting a three-pointer by Jack Rusch and two free throws from Tyler Wahl to cut the Hopkins lead to 24-17 at halftime. 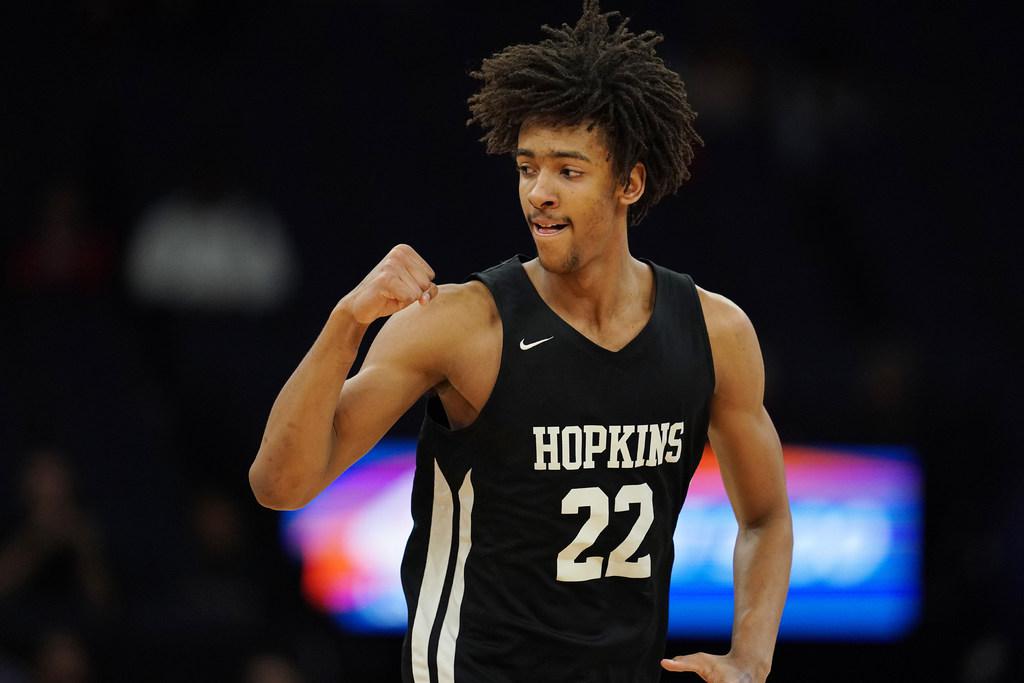