The No. 1-ranked Pirates, trailing by 23 points early in the second half, missed a shot to tie it at the buzzer. 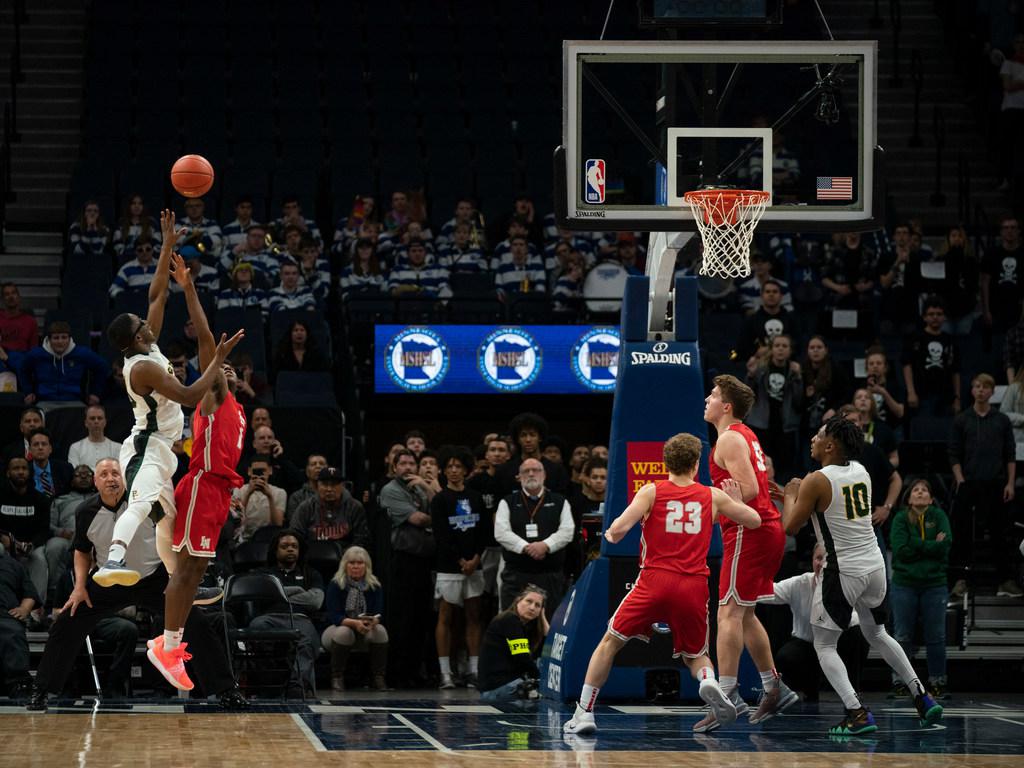 John Oxton mouthed the words almost silently rather than say them out loud, but that made them all the more meaningful.

Oxton was thinking about the final play in Lakeville North’s stressful 47-45 victory over No. 1-seeded Park Center in the Class 4A semifinals.

With 4.1 seconds left in the game Thursday at Target Center, Park Center’s speedy Emmanuel Tamba, whose energy had sparked a big second-half comeback, drove left. He pulled up about 10 feet from the basket. But his off-balance shot caromed off the backboard and the rim as time ran out, sending Lakeville North to championship game for the fourth time since 2012.

The game started like Lakeville North was going to run Park Center off the court. Using the muscle of twins Will and Eli Mostaert to take away the Pirates inside-out attack, they repeatedly turned missed shots into transition baskets, taking a 16-2 lead.

Park Center, which shot 66.7 percent in the quarterfinals, continued to miss from the floor and the Lakeville North lead continued to mount, It reached its largest margin at 24-4 when Panthers’ guard Jack Rusch hit a three-pointer with 5:05 left in the half. Park Center shot just 18.2 percent in the first half and trailed 31-14 at the break.

“They weren’t making shots, we were getting out in transition and getting easy baskets,” Oxton said. 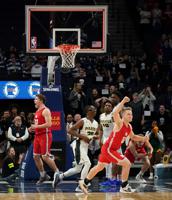 With Tamba providing the second half energy and center Dain Dainja asserting himself down low, Park Center, after falling behind by 23 points, began to mount a comeback.

Relying on their quickness to disrupt the Lakeville North offense, Park Center gained momentum with a 14-2 runs, cutting the deficit to 11. They slowly chipped away at the lead thereafter, leading to the Tamba’s failed attempt at a game-winner.

“It was just kind of a snowball,” Oxton said of Park Center’s second-half rally. “One thing led to another and they definitely got on a roll.”

Park Center coach James Ware looked at the post-game stat sheet and and couldn’t thinking about what might have been.

“In the first half, it was 14-31,” he said, referring to the halftime score. “In the second, it was 31-16. To mount a comeback and have a shot to tie it or win it. I’m just proud of our players and their heart and the way they responded.

One terrific half of basketball proved enough for Lakeville North, which took a 17-point halftime lead, then hung on to defeat No. 1 seeded Park Center 47-45 in the Class 4A semifinals.

Park Center got within two, 47-45, on a layup by Emmanuel Tamba with 17 seconds left.