The Polars, who trailed early in the game, finished with an 8-0 run to win 61-53 in their first tournament playing in Class 2A. 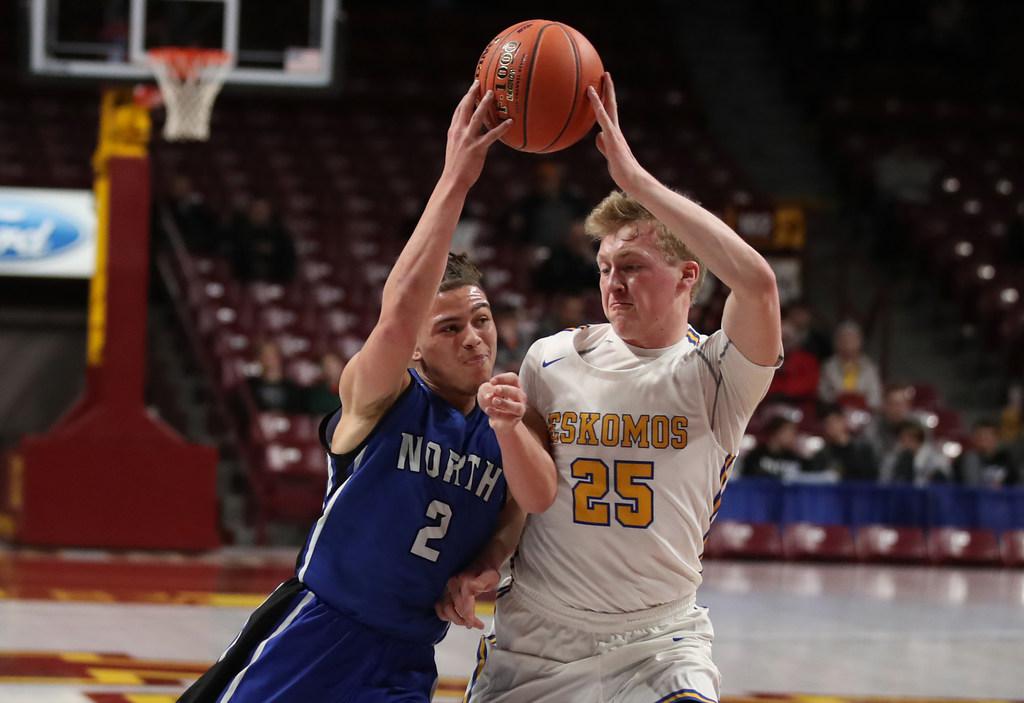 After moving up a class last season, Minneapolis North got its first taste of the Class 2A state tournament on Wednesday and came away winners. But it wasn’t easy.

“To be honest with you, I don’t know what a Class 3A, 2A … I don’t know what the difference is. A win is a win,” said Polars coach Larry McKenzie about the program’s first 2A state tournament victory. “Our mission is we want to be playing Saturday. We want a 2A title, we don’t want a 2A win.”

Sophomore center Davon Townley Jr. hit a free throw with 2:45 left to give the Polars a 54-53 lead. They finished with an 8-point run, capped by freshman guard Willie Wilson’s dunk at the buzzer. Wilson scored 17 points to lead the Polars.

“Even if we’re having a bad game and we’re not scoring as much, I think our defense will pick up the slack for us,” said Townley Jr., who finished with 11 rebounds and 14 points.

“Maybe a couple possessions we just didn’t really anticipate their pressure, and we got a little careless, and they took advantage of that,” said Berger, who had 12 points before fouling out.

After moving up a class last season, Minneapolis North got its first taste of the Class 2A state tournament on Wednesday and came away winners.

The Polars (22-9) defeated Esko 61-53 in the quarterfinals at Williams Arena.

The Eskomos (21-10) and North were tied 30-30 at halftime and the game remained close much of the second half.

Polars sophomore center Davon Townley Jr. hit one of two free throws with 2:45 left to give North the lead 54-53. From there the Eskomos couldn’t get anything going offensively, and the the No. 2 seeded Polars finished with an 8-point run capped by freshman guard Willie Wilson’s dunk at the buzzer.

The Eskomos built an 8-point lead to start the game. Esko senior guard Camden Berger had seven points in the first 8 minutes and helped his team to a 17-9 lead, its biggest of the game.

Minneapolis North, which won the Class 1A championship in 2016 and 2017, will play the winner of Redwood Valley vs. Perham at 8 p.m. Friday in the semifinals at Target Center.