The Wildcats' PJ Hayes finished with a game-high 20 points in a game that came down to the final seconds. 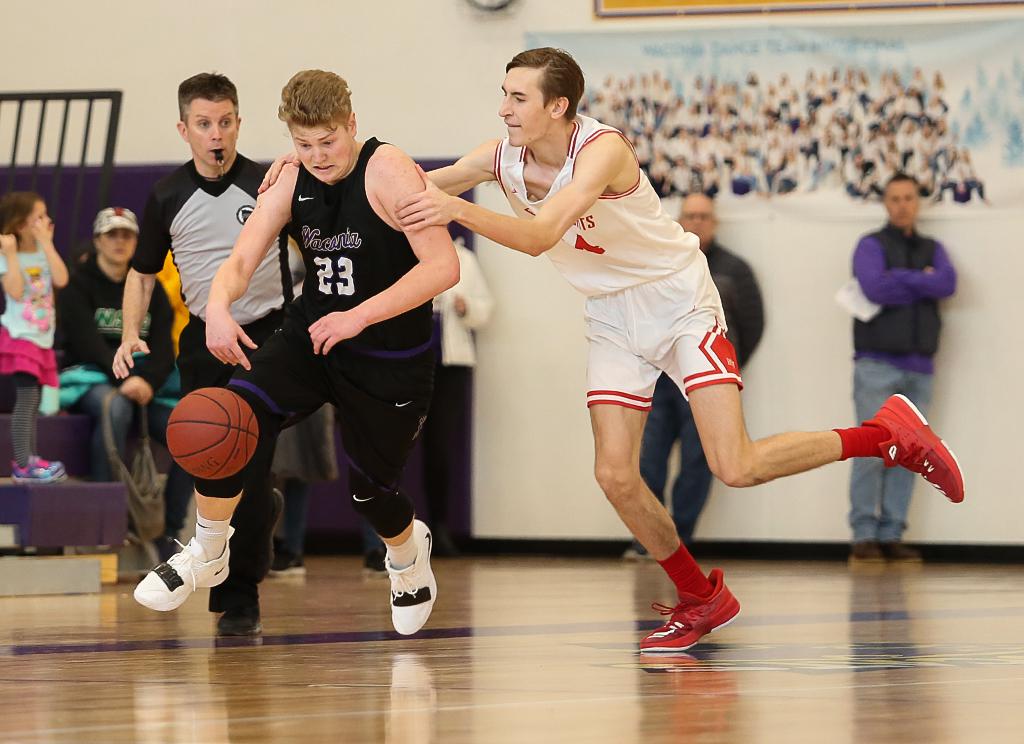 The Class 3A, Section 6 tournament is turning into a revenge tour for Waconia. The Wildcats have hosted two opponents this postseason who beat them on their home floor in the regular season — and they’ve reversed the outcome in both scenarios.

The win did not come easy for the Wildcats, as the Red Knights had a chance to send the game to overtime just before the buzzer sounded. The Red Knights, down by three, were able to force a turnover on an inbound play by the Wildcats, something coach John Moore was prepared for.

“I knew what they were going to do,” Moore said regarding the inbound play, where the Wildcats tried to send PJ Hayes toward the sideline to get fouled. 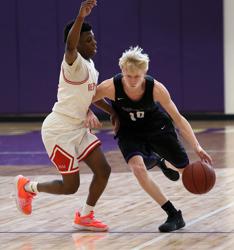 The trap worked and forced a turnover. The Red Knights were out of timeouts, so they had to rely on preparation to set up the right play for the situation, which worked out well. After setting a screen for another player, Dylan Drees got a wide-open shot from about 22 feet.

Moore called Drees a “clutch player,” a shooter he’d trust with the game on the line.

The shot, unfortunately for Benilde-St. Margaret’s, rattled off the iron, and the game ended with a Waconia win.

Waconia coach Pat Hayes was thankful for the missed shot, obviously because it sent his team to the section final, but also because it covered up a mistake he felt he made.

“I had two timeouts, so first of all as a coach, a mistake to not call a timeout to talk about it,” Hayes said about the final play.

While the final shot might’ve marked the most significant play in the game, it does not reflect how effective Drees was in the game. He led the Red Knights in scoring with 19 and had six rebounds and four blocks as well, contributing on both ends of the floor.

“He was settling on threes a little bit too much in the first half and guys were watching him play instead of reading off of that. Once they started to read off of that not only was he able to get a couple looks but guys were open, especially underneath the basket,” Pat Hayes said.

PJ Hayes agreed and saw the difference in the offense in the second half.

Hayes finished with a game-high 20 points, with 18 of those points coming on six three-pointers.

One thing that both coaches agreed on was the irrelevance of the No. 7 next to Benilde-St. Margaret’s name in the section bracket.

“That proves again that we need to realign our sections because Benilde-St. Margaret’s as the seven seed could go and be in the section championship game in three or four other sections. It tells you how good they were,” Pat Hayes said.

“The seventh seed was insignificant. We didn’t feel we were the underdog,” Moore said. “Our schedule is brutal, we play 14 4A teams, so everyone’s looking at the wins and losses and that’s how we got seeded.” 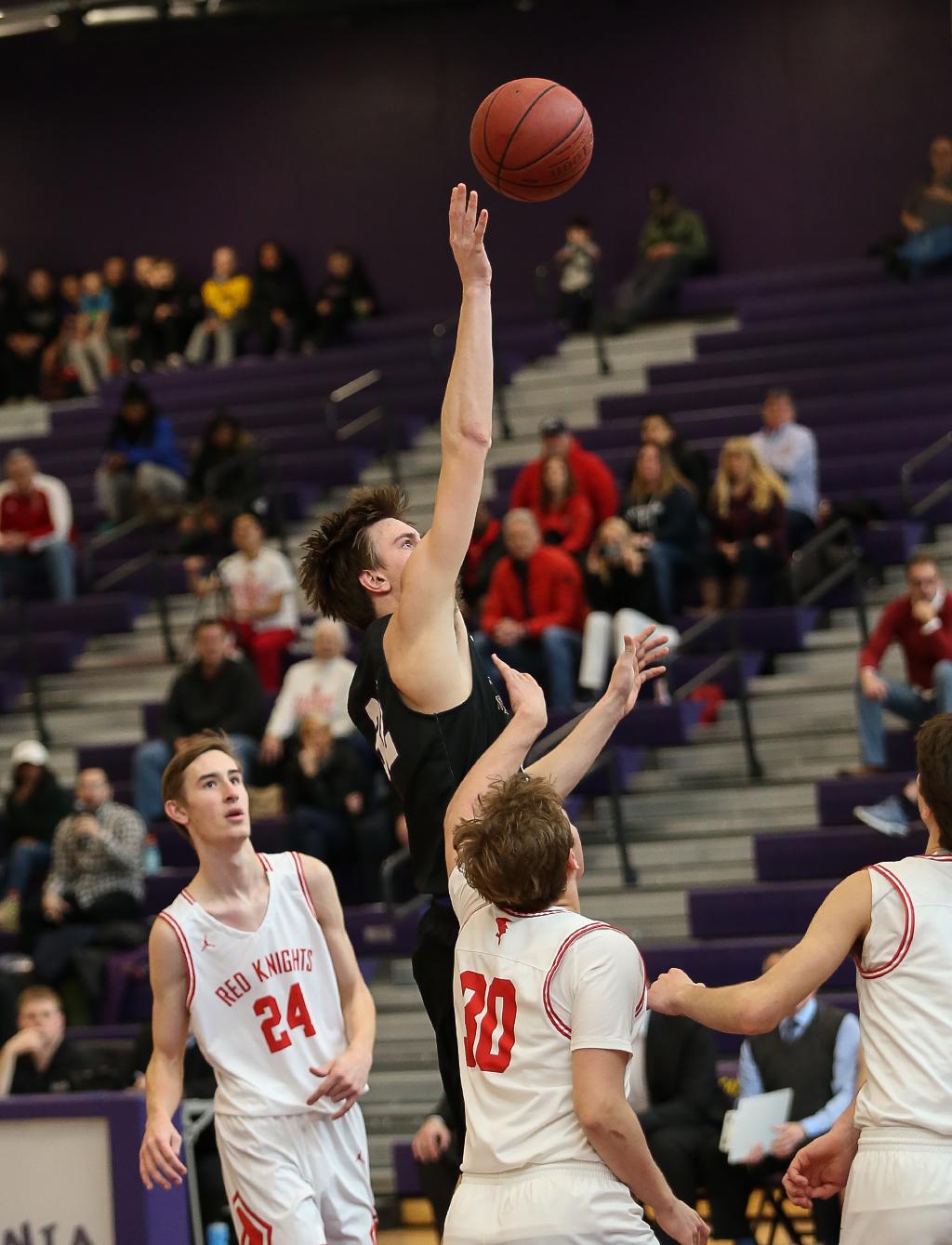 Connor Schwob scores two from the paint six minutes into the second half giving Waconia its first lead since early in the game. Waconia will face DeLaSalle on Thursday for a shot at the state tournament. Photo by Cheryl Myers, SportsEngine

Waconia is moving on to the Class 3A, Section 6 championship after defeating Benilde-St. Margaret’s, 68-65, on Saturday.

The No. 3 seed Wildcats started the game off a bit slow, falling behind the No. 7 seed Red Knights 35-28 at halftime. Their sense of urgency seemed to pick up after the break, as the Wildcats (17-11) opened the second half on a 12-4 run to take a one-point lead.

Waconia extended its lead to nine points before the Red Knights responded, and upped their defensive pressure, forcing turnovers.

With 6.3 seconds left, the Wildcats, up by three, ran an inbound play that resulted in a turnover, giving the Red Knights the ball back. They ran a play that set up Dylan Drees with a wide-open three-point attempt to tie the game, but his effort rattled off the rim and sent the Wildcats to the section final.

Drees had an impressive performance in the game, leading the Red Knights (9-19) with 19 points and adding six rebounds and four blocks. Nick Peterson was also a handful for the Wildcats, with 16 points, eight rebounds and eight assists.

The Wildcats, with the chance to win their section for the first time since 2015, will face the winner of the semifinal between DeLaSalle and Minneapolis Henry. 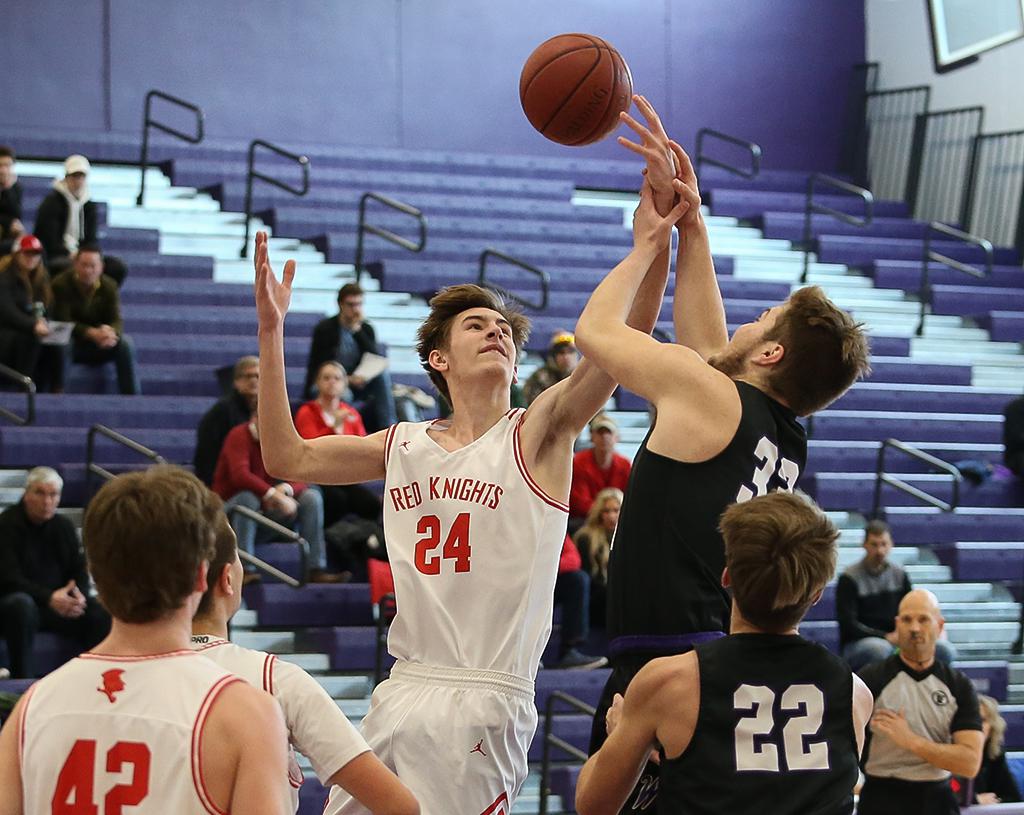 Dylan Drees pulls down a defensive rebound in the first half. Drees 16 first half points helped the Red Knights take a seven point lead into half-time. Photo by Cheryl Myers, SportsEngine