See which five seniors were chosen. 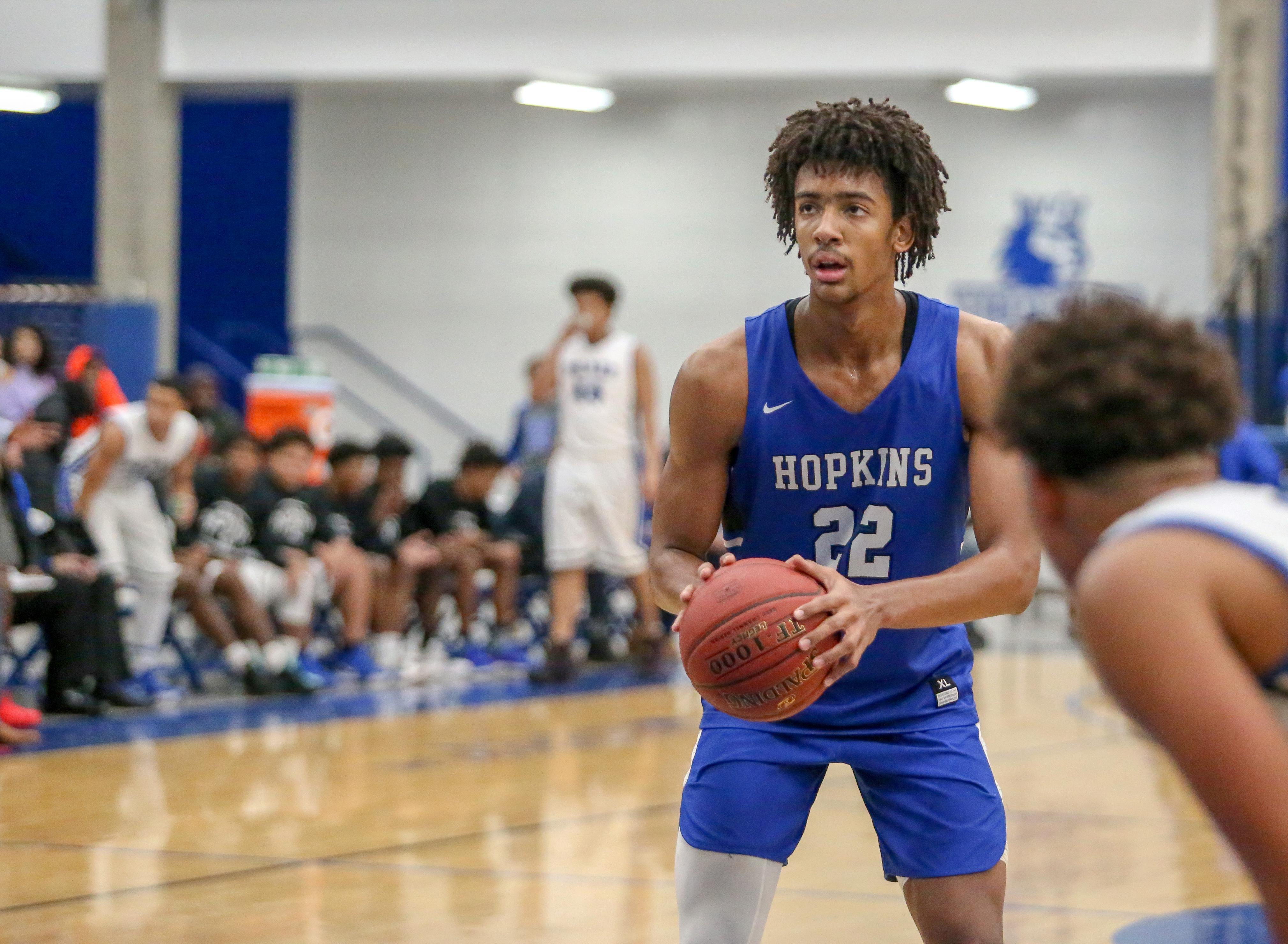 Zeke Nnaji (pictured) has been an explosive scorer all season for Hopkins. He's one of five finalists selected for this year's Mr. Basketball award. Photo by Cheryl Myers, SportsEngine

Nnaji, at 6-foot-9, has impressed, putting up 24.6 points per game throughout the regular season. He’s also been a solid rebounder, coming down with nine boards per game. Committed to Arizona, Nnaji aims to take Hopkins, ranked No. 1 in Class 4A by Minnesota Basketball News, to the state tournament for the first time since 2016. In an 84-69 victory over rival No. 8-4A Wayzata on Feb. 22, he registered 34 points, so he appears to be heating up when it matters most as the Royals enter the section playoffs.

Registering 18.5 points per game, Wahl, a 6-foot-7 guard, paced No. 4-4A Lakeville North to this year’s South Suburban Conference championship and the top seed in the Class 4A, Section 1 playoffs. He’ll play at Wisconsin next winter.

Hurt has led the state in scoring this season at a clip of 36.7 points per game, guiding Rochester John Marshall to the No. 2 seed in the Class 4A, Section 1 tournament. With 953 total points this season and over 3,500 career points, Hurt, a 6-foot-9 forward, is a five-star recruit according to 247Sports, and remains unsigned.

Fink, the only Class 1A finalist, passed the 3,000-point mark for his career at No. 2-1A Springfield this season. The senior also excels on the baseball mound. He’s committed to playing basketball and pitching at Division II Augustana University in Sioux Falls, S.D. next year.

DeLaSalle has played a difficult schedule all season, which has allowed Terry to shine beyond guiding the No. 1-3A Islanders to a perfect Tri-Metro Conference record. Committed to Stanford, the 6-foot-3 guard put up 22.6 points per game during the regular season.

Each of the finalists will be honored at Target Center in Minneapolis on March 26 when the Minnesota Timberwolves play the Los Angeles Clippers. The winner will be announced at the game.

The award is given to the state’s top senior player, as selected by a committee of longtime basketball supporters.