The Eagles' senior standout and Duke commit added to his laundry list of awards. 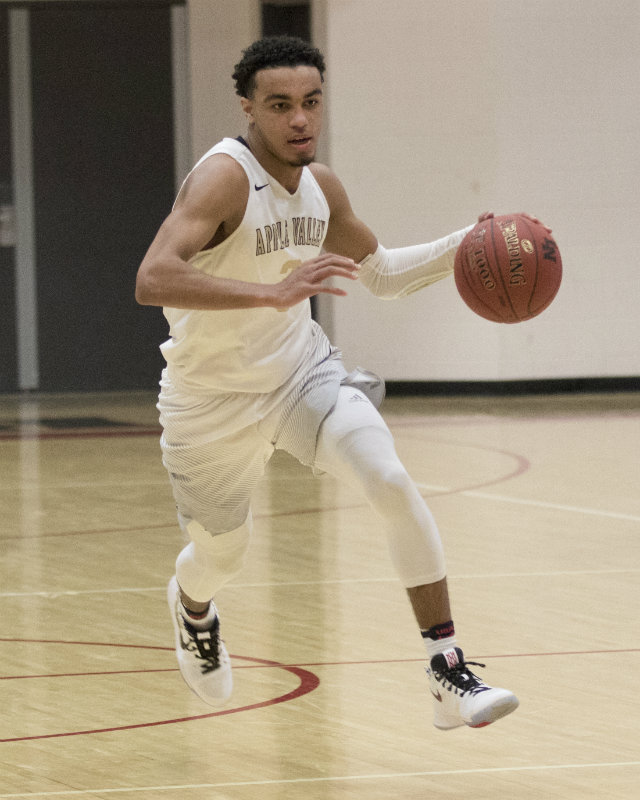 Tre Jones now has another accolade to add to his Minnesota basketball resume. On April 9, the Apple Valley senior guard was named the first-ever McDonald Award winner.

Jones was presented the award at Monday's Minnesota Timberwolves game. He had another stellar season in 2018 and entered this year's state tournament averaging 23 points per game, along with 8.6 rebounds and 6.2 assists.

To go along with his team's success this season, Jones' individual play earned him the Star Tribune Metro Player of the Year, Mr. Minnesota Basketball and a chance to play in the 2018 McDonald's All-America Game.

Jones was name one of 10 finalists listed for the award on March 21. The other finalists included Owen King of Caledonia, Daniel Oturu of Cretin-Derham Hall, Calvin Wishart of Delano, Gabe Kalscheur of DeLaSalle, Noah Kannegiesser of Hancock, JaVonni Bickham of Minnehaha Academy, Matt Todd of Monticello, Jarvis Omersa of Orono and Michael Jones of Woodbury.

The McDonald Award is patterned after men's college basketball's John Wooden Award. According to a release from the coaches' association, qualifications include exhibiting strength of character, both on and off the court; contributing to team effort; excelling on both offense and defense and performance over the course of the entire season. It's the coaches' association's intention that the McDonald Award will become the definitive Minnesota boys' basketball award.