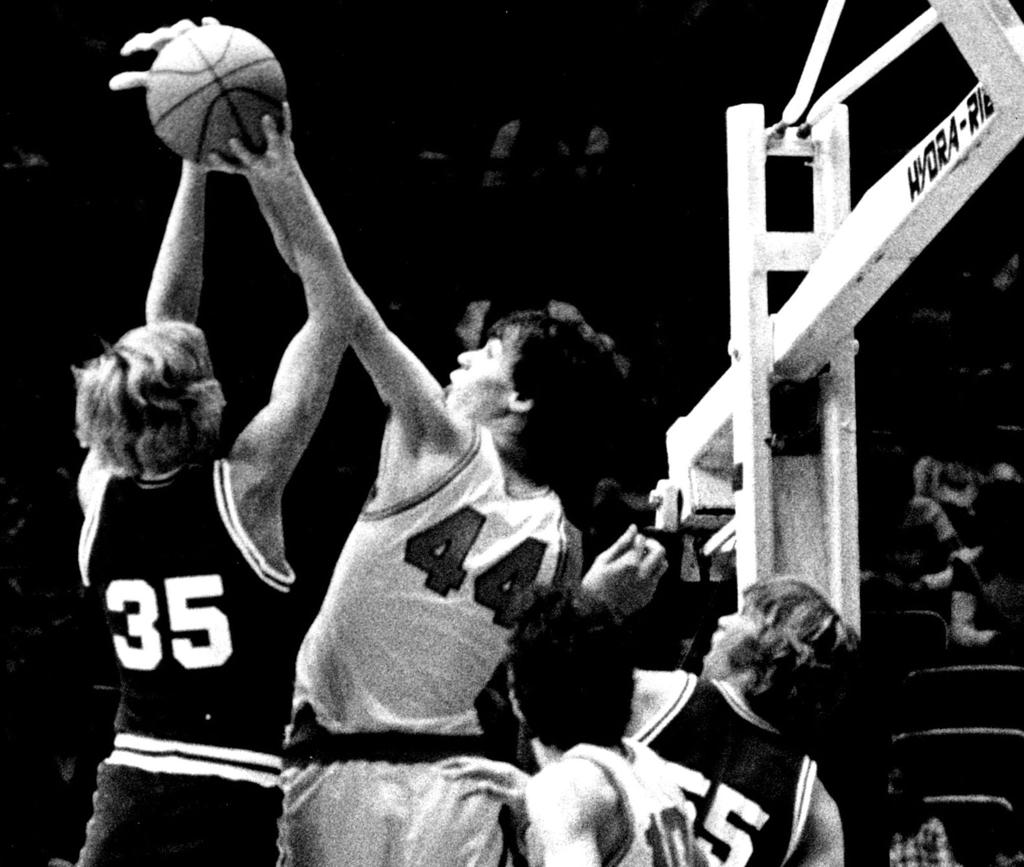 It’s a well-worn basketball bromide that says “You can’t teach height.” In Randy Breuer’s case, that can be easily altered: Height doesn’t get old.

The 7-3 former Gophers and Timberwolves center may not have the skills he once had but he still towered above the rest of the honorees — literally but far from figuratively — at the inaugural Minnesota High School Basketball Hall of Fame induction ceremony Monday at the Courts at Mayo Clinic Center.

“What a great honor,” said Breuer, 57, whose status was enhanced by being the U’s first great big man.

“Well, if you don’t count Kevin McHale or Mark Olberding or guys like that,” he deadpanned.

Like many, he was unaware until he was chosen that there wasn’t a high school basketball hall of fame in the state. “I was kind of shocked that we didn’t have one,” he said.

“It was a great time. I had great teammates who were able to hit the open jump shot when teams would double me,” he recalled. “We made them pay for the double-team.”

Joining Breuer was a wealth of basketball nostalgia.

There was 99-year-old Beulah Ankeny, one of the last surviving members of the Grand Meadow girls’ basketball teams that won 94 consecutive games from 1929 through 1939. Ten members of Edgerton’s 1960 underdog state championship boys team who wrote their own version of “Hoosiers” showed up.

Jim McIntyre (no relation to Dorothy), who led Minneapolis Henry to state titles in 1944 and 45, and Ron Johnson, who starred at New Prague in the 1950s, were honored posthumously, their families accepting the award.

McHale, Olberding and Bob McDonald, the legendary Chisholm coach who won more than 1,000 games, were unable to attend the ceremony but had representatives accept it for them.

“It’s emotional,” said Marc Hugunin, a committee director who shepherded the Hall of Fame from its conception six years ago. “It’s touching that all of these [inductees] consider it a big deal. Minnesota basketball history is a lot richer than people think.”