Minnehaha Academy, driven by larger purpose, defends 2A title with victory over Caledonia

Talented sophomore Jalen Suggs scored 27 points in the Redhawks' 75-60 win over the Warriors. 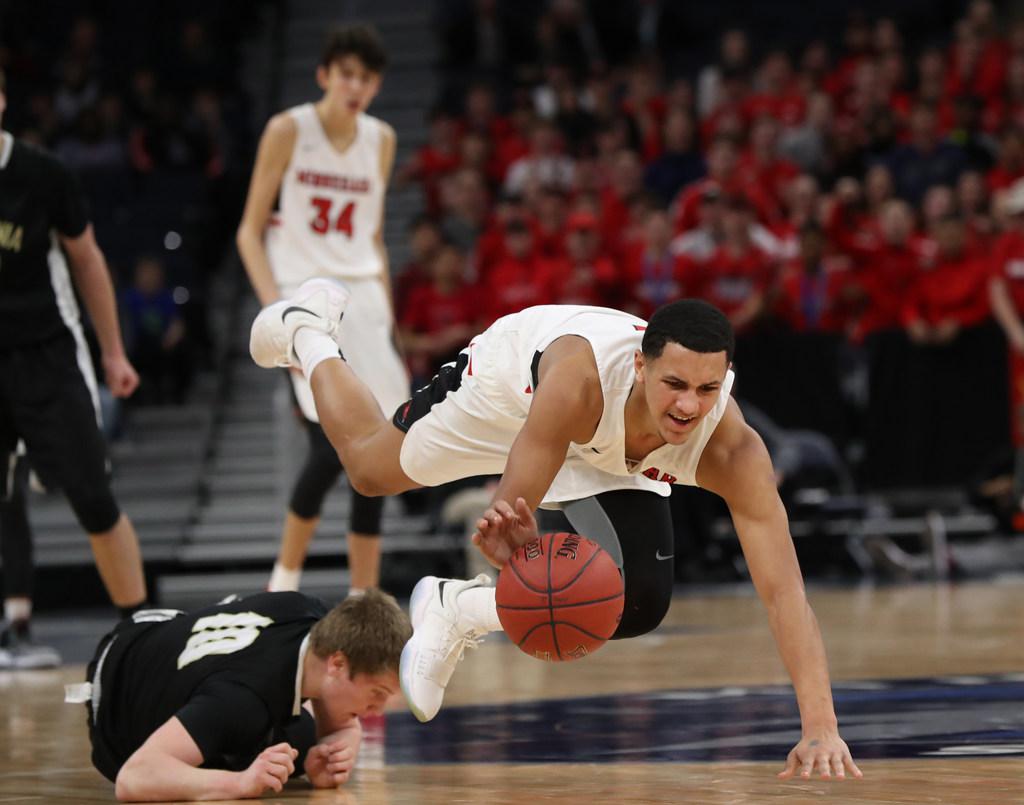 There are two levels upon which to view Minnehaha Academy’s 73-60 victory over Caledonia in the Class 2A championship game, its second consecutive state title.

First, the game itself. The Redhawks put together at least three game-changing runs to fight off repeated charges from the Warriors, including a 14-3 stretch over the last 7:51 of the game after Caledonia had cut a 12-point halftime lead to just two, 59-57.

“At halftime, I felt like [Caledonia] had a good run left in them,” Minnehaha Academy coach Lance Johnson said. “They’re a team of character and we respect them a ton.”

But as he had been all game, sophomore superstar Jalen Suggs was in the centerpiece of the Redhawks’ game-clinching finish with two points, two rebounds, two blocked shots and two assists.

“I had to stay aggressive, stay in attack mode,” said Suggs, who finished with a game-high 27 points. “I knew if I did that, it would lead to opportunities for my teammates.”

They played driven by a larger sense of purpose. This season the Redhawks lacked a true home gym, the result of the August explosion that killed two school workers and severely damaged a large portion of the school’s North Campus.

Scheduled home games were played at St. Thomas Academy, Trinity of River Ridge and Mounds Park Academy. They practiced wherever they could get gym time, including the Air Force Reserve gymnasium at Fort Snelling, which mean getting security clearance for every member of the team.

“We had T-shirts made that, on the back, said ‘No gym, No problem,’ ” Suggs said. “That’s what we went by. It’s been a huge motivating factor. Every game we’ve gone to, we’ve been grateful for.”

Waiting for practices that didn’t begin until 5:30 p.m. and the travel to faux home games allowed for plenty of time for players to bond.

“It all led up to this point and we were finally able to let it all out,” Suggs said.

Despite the hassles, the players never felt burdened.

“This is just basketball,” Suggs said. “There were people in the building who went through far worse.”

Added senior forward JaVonni Bickham, “It’s bigger than just basketball. It’s bigger than all of us. We came out with everything we’ve got for the season. We’re thankful we got the chance to win the state championship for our community.”

Jalen Suggs scored 27 points and dished out eight assists to lead Minnehaha Academy to a 73-60 victory over Caledonia in the Class 2A championship game Saturday at Target Center.

The Redhawks (28-4) won their second consecutive state championship and third in six seasons.

Minnehaha Academy built a 12-point first-half lead, weathered a second-half run by Caledonia that cut the lead to two, then calmly built the lead back to double-digits and cruised to victory. JaVonni Bickham added 17 points and eighth-grader Prince Aligbe grabbed 15 rebounds for the Redhawks.

Caledonia was led by Mr. Basketball candidate Owen King, who had 22 points, and Marten Morem, who had 17. 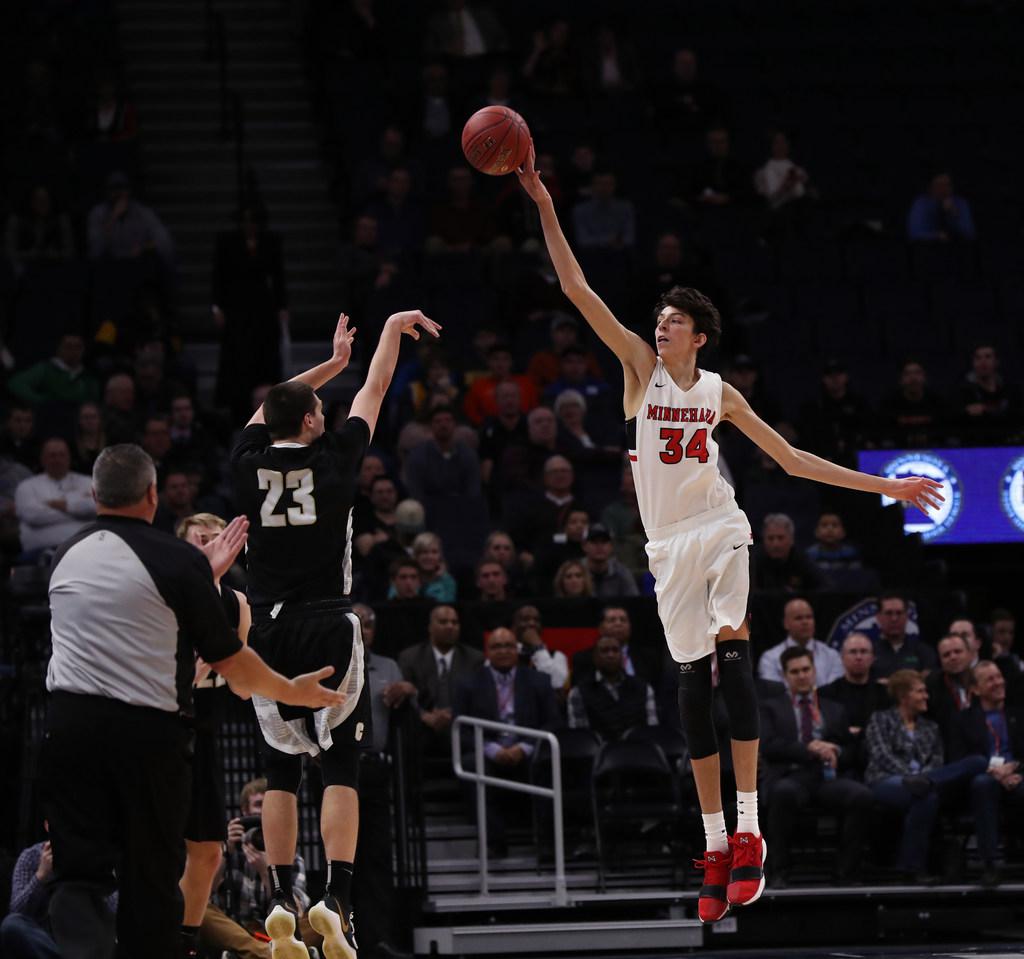