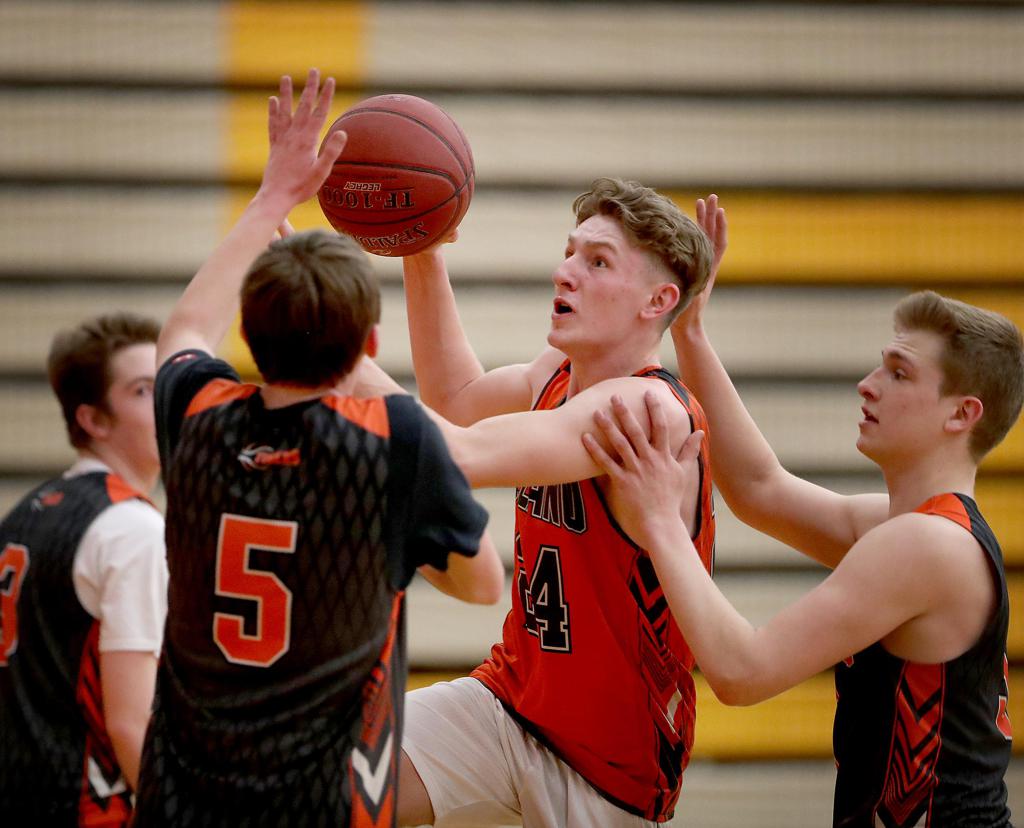 Before sunrise on Monday, the eve of spring, Delano’s gymnasium came alive with activity.

Gloves popped as Tigers’ baseball players loosened their arms on the first day of practice. Sneakers squeaked on the other side of the partition, the sound of Delano’s basketball team preparing for its first state tournament appearance in five years.

Predawn practice arrived with coach Terry Techam eight years ago, so players are accustomed to the grind. Different this season, however, was the Tigers’ treacherous schedule. Their 18-11 record won’t impress. But 13 games against teams ranked in the top 20 of their respective classes hardened Delano’s resolve.

It wasn’t easy. Frustration came as injury and illness helped trigger a midseason slump of seven losses in nine games. They lost games but not their big picture view. The payoff: A Class 3A state tournament quarterfinal, beginning at 4 p.m. Wednesday at Williams Arena against No. 3 seed Mankato East.

The Tigers’ coaches and players admit the edge in size and strength goes to Mankato East. But they’re not fazed. Not after games against Class 4A schools Chaska, Eden Prairie, Edina and Prior Lake. Not to mention two meetings with Orono, a top-five team in Class 3A.

“This year has been, by far, the hardest schedule we’ve played since I’ve been here,” senior forward Keegan O’Neill said. “But all those struggles we’ve had with those good teams and the bigger schools really helped us in the section tournament. Hopefully, it’ll carry over and help us with a good state run.”

Growth through adversity started against Prior Lake when standout senior guard Calvin Wishart injured one of his ankles. He took his 31.1 points per game to the bench for the next three games — two of them losses — during Delano’s trying midseason stretch.

“It was tough going into the locker room after losing game after game,” Wishart said. “That’s usually not what Delano basketball is about at all. We had to remind ourselves that we’re still one of the top teams in the state.”

Healthy and whole, Delano enters the state tournament on an 8-2 surge. Wishart, who has signed with Georgia Southern, took his game higher in the playoffs. He averaged 42 points per game as the Tigers defeated Becker, No. 20 Monticello and No. 9 Willmar.

“He’s amazing,” O’Neill said. “I’ve never seen a player like Cal. I’ve been playing with him since fourth or fifth grade and he’s a really fun guy to play with.”

Wishart dropped 48 points on Monticello and 32 on Willmar but it was the Tigers’ defense that showed the benefits of a tougher schedule.

“Monticello and Willmar both had great guards, but we were able to get after them a little bit because we’ve been playing great teams,” said junior guard Derek Techam, the son of Delano’s coach.

No coach faces higher expectations than DeLaSalle’s Travis Bledsoe, a 2005 alumnus who inherited a program that won the past six consecutive Class 3A state titles. So far, so good. The Islanders’ only losses to Minnesota teams came against Class 4A opponents. DeLaSalle (24-4) features a talented roster led by Jamison Battle, Sage Booker, Tyrell Terry and Gabe Kalscheur, who has signed with the Gophers. Former coach Dave Thorson earned praise and scorn for his team’s ability to consistently win state tournaments. Now it’s up to Bledsoe to maintain DeLaSalle’s March mastery.

The path to DeLaSalle’s seventh title could mean a fourth title-game showdown with Austin. The Islanders dispatched the Packers in 2013, 2014 and 2017. Once again, No. 1 seed DeLaSalle and No. 2 Austin (26-2) are on opposite sides of the bracket. And both have enjoyed success against the field. Austin defeated No. 3 seed Mankato East twice while DeLaSalle topped No. 4 seed Columbia Heights in both meetings. The Hylanders are the last program to hand DeLaSalle a postseason loss. That game was in a 2011 section final.

Kalscheur, the catalyst for a DeLaSalle team leading all Class 3A programs with a scoring average of 79.6 points per game, is the best-known name in the field. But it won’t take long to notice Delano guard Calvin Wishart (32.4 points per game), Columbia Heights guard Deundra Roberson (18.7), Austin wing Duoth Gach (16.3) and Sauk Rapids-Rice forward Deng Deang (19). Deang’s teammate, Cody Landwehr, is 10 points from becoming his program’s career leading scorer.