The Panthers embraced the team’s past success and extended it. 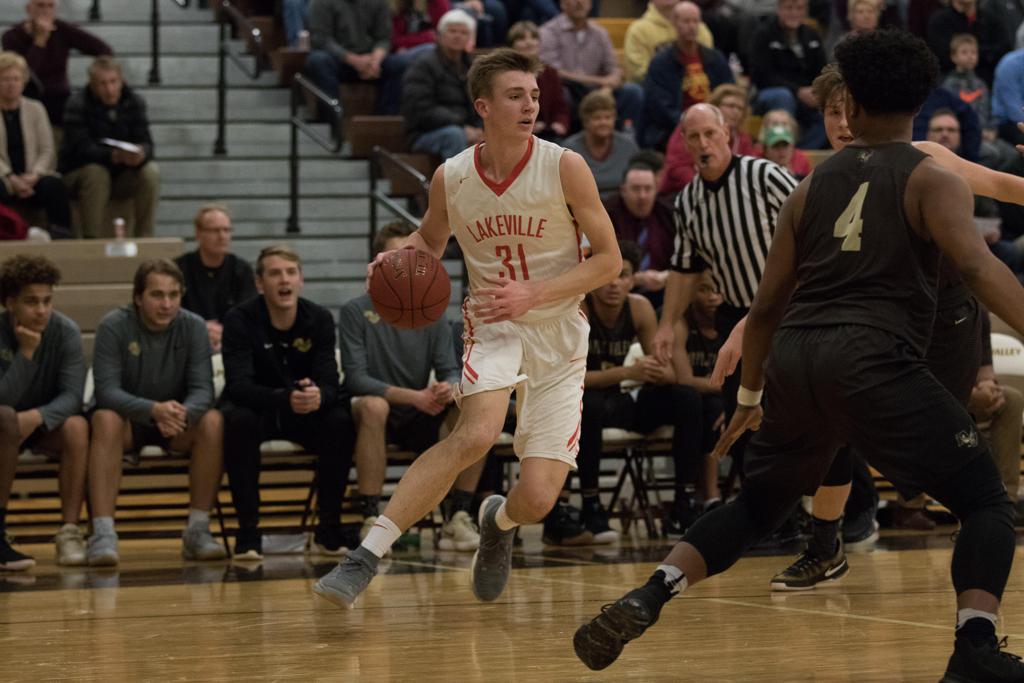 There have been some constants during Lakeville North’s streak of six consecutive Class 4A, Section 1 boys’ basketball titles: Experienced coaching, talented rosters, an emphasis on defense and, in recent years, a sense of pride in continuing the program’s run of success.

Just as important, the Panthers have shown an ability to adapt. When they won the state tournament in 2014, they relied heavily on go-to scorer JP Macura, who put up 33 points per game. Last year the team leaned on the scoring of Nathan Reuvers, who averaged 26 points.

This year’s Panthers are averaging 75 points with a more balanced attack that features three starters averaging in double figures and three more players providing between seven and nine points per game.

“I think we play really well as a team,” said junior guard and captain Tyler Wahl, who leads the Panthers at 17.2 points per contest. “Last year we had four to five guys putting up numbers. This team counts in everybody offensively and defensively, all the way down to the last guy.”

The balanced approach has been just as effective. The Panthers placed five players in double figures in their opening-round section tournament victory, and nine players scored in their 71-49 rout of crosstown rival Lakeville South on March 10 in the semifinals.

They took a 24-4 record into Saturday’s section finals in Rochester where, for the sixth consecutive year, they faced Rochester John Marshall with a state tournament trip on the line. Coach John Oxton said continuing the streak of section titles is something that means a lot to his players.

“I think there’s a large sense of pride. They know what has happened in front of them and they take that very seriously,” said Oxton, in his 28th season guiding the Panthers. “We talk about how we’ve prepared in the past and what we expect and they know that coming in. … This year we only have three guys who played last year and the rest is guys doing this for the first time. They’ve all bought in to what we’re doing and that has helped us be successful.”

In the paint, the Panthers have looked for 6-6 senior forward Tyler Lewko, who averages 10.9 points per game. He is backed by 6-4 junior Eli Mostaert. The duo, along with Wahl, has helped North dominate the glass this season.

“We’ve outrebounded our opponents by basically 300 in 28 games,” Oxton said. “The biggest thing is we’re just pretty athletic and pretty aggressive. Even though we don’t have a huge, huge guy, we have good overall size and athleticism and that allows us to rebound pretty well.”

That size and athleticism has helped Lakeville North hold its own against some of the best teams in the state. The Panthers won road games over Wayzata, Eden Prairie and Apple Valley early in the season, and finished with a 16-2 mark in the South Suburban Conference. Those results gave the team plenty of confidence as it pursued another state tournament berth.

“It’s a great feeling having the expectations to always get [to state],” Wahl said. “We feel confident. We’ve played really well against really good teams. … We feel like we’re peaking at the right time.”