The Trojans return to the Class 4A state tournament after a 63-61 victory, led by junior Jacob Beeninga's 31 points. 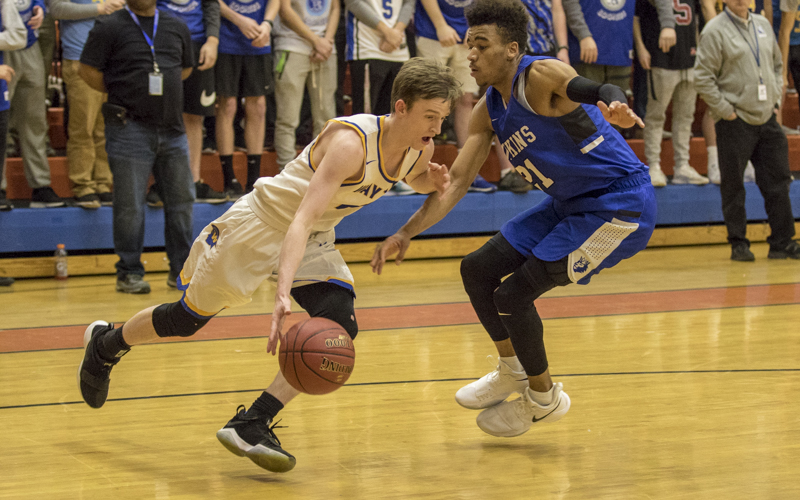 Wayzata junior Jacob Beeninga dribbles around the back court pressure applied by Hopkins guard Anthony Davis. Beeninga had 30 points in the Trojans' 63-61 victory over the Royals in the Class 4A Section 6 Championship. Photo by Jeff Lawler, SportsEngine

Keaton Heide also added two late free throws for the Trojans, who defeated Hopkins in the section championship for a second consecutive year.

“We practiced the last two days like we believed,” Wayzata coach Bryan Schnettler said. “They probably were a little tight, and I can promise you we weren’t for obvious reasons.”

Hopkins led by 11 early before Wayzata went on a 16-3 run late in the first half. Beeninga scored five consecutive points midway through the second half to break a 43-43 tie and give the Trojans the lead for good.

“Every time down, we wanted to get great shots,” said Beeninga, who scored his 1,000th career point on Wednesday. “I feel like that 30 (points) or whatever, that’s a result of the team trusting me and me trusting my teammates.”

Wayzata lost seven players from last year’s team that went 28-4 and reached the Class 4A semifinals.  Schnettler noted that this year’s team underwent some growing pains, including two losses to Hopkins, when the Royals benefitted from their strong transition offense.

“It kind of affected the overall game,” he said.

“They’re a tough team for us, because they really play (on the) perimeter.” Royals coach Ken Novak Jr. said of Wayzata. “We had opportunities. … We didn’t execute when we should have.” 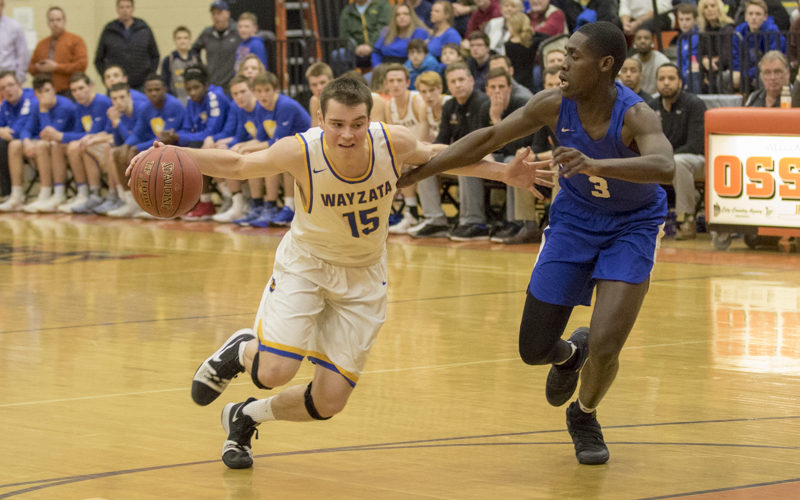 Hopkins senior Drew Galinson drives from the top of the key against Hopkins Wednesday night in Osseo. The Trojans advanced to next week's state tournament with a 63-61 victory over the Royals. Photo by Jeff Lawler, SportsEngine.

Click here to view a photo gallery from the game

Drew Galinson added 12 points for the Trojans, who defeated Hopkins in the section finals for the second consecutive year. 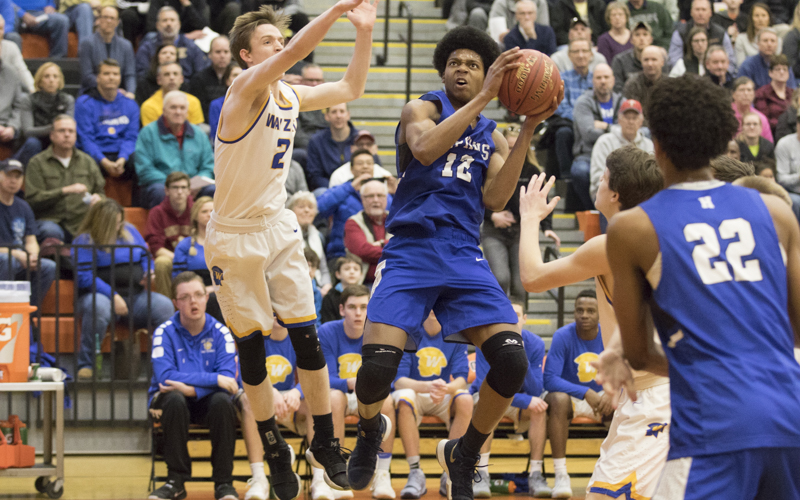 Hopkins sophomore Kerwin Walton pulls up from short range during the first half of the Class 4A Section 6 Final against Wayzata. The Royals fell to the Trojans 63-61. Photo by Jeff Lawler, SportsEngine