This is the regular-season equivalent of heavyweight prize fight. It’s a game that will feature some of the top talent in the state, in addition to bringing out a who’s who of Minnesota basketball in attendance. 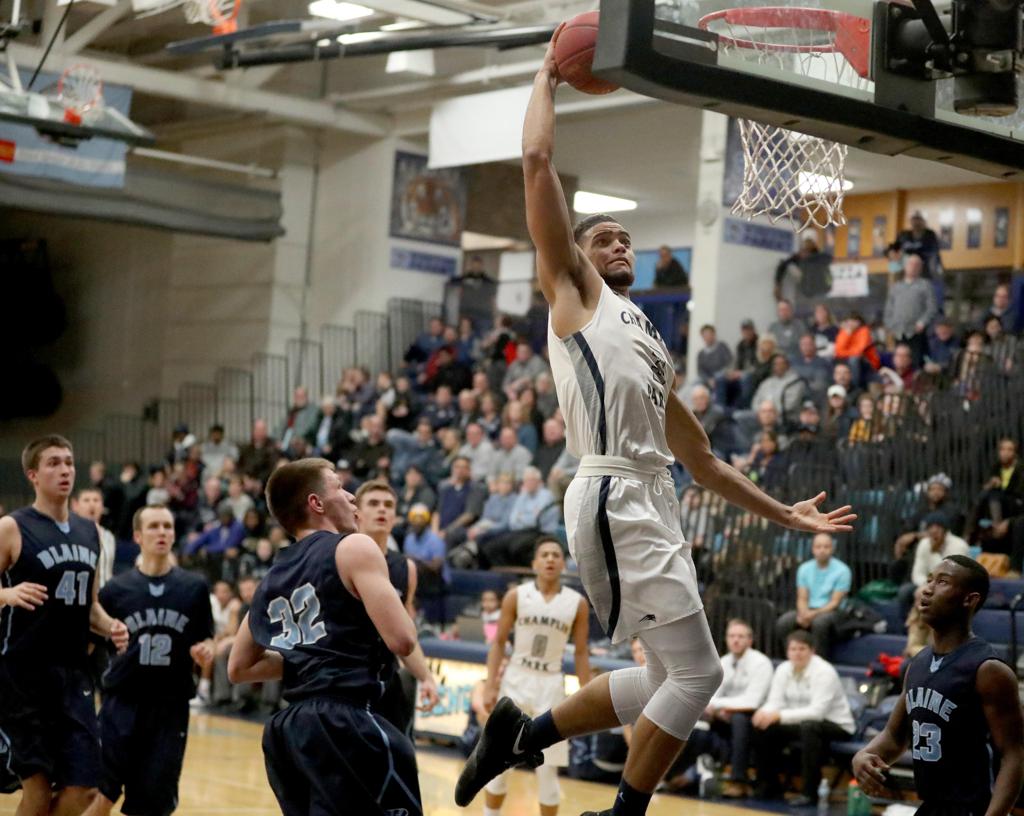 Theo John (3) and Champlin Park will travel to Maple Grove to play the Crimson in a boys' basketball matchup of the top two teams in Class 4A.

Monday is not generally considered a big night for high school basketball, but count tonight as a significant exception.

In one of the must-see matchups of the season, No. 1, 4A Champlin Park travels to Maple Grove to take on the No. 2, 4A Crimson, both of the Northwest Suburban Conference. This is the regular-season equivalent of heavyweight prize fight. It’s a game that will feature some of the top talent in the state, in addition to bringing out a who’s who of Minnesota basketball in attendance.

No team boasts a stronger starting five than Champlin Park, which features a pair of Division I recruits in guard McKinley Wright (Dayton) and power forward Theo John (Marquette) as well as Waldorf-bound sharpshooter Brian Smith and talented role players D.J. Hunter and Marcus Hill. The Rebels are 17-0 and rarely have had a close game, outscoring opponents by nearly 30 points per game, 87.1 to 58.7

Maple Grove (15-1) has won 12 in a row since a mid-December loss to Park Center, which the Crimson has avenged. Wisconsin recruit Brad Davison and his teammates are rolling, with guard Tywhon Pickford having regained the form he showed last year before a meniscus tear ended his season prematurely. Davison and Pickford combine for 47 points per game.

Adding to the interest will be the people watching. With most teams having the night off, expect the bleachers at Maple Grove to be filled with coaches, scouts and players.

Section meets in Alpine and Nordic skiing take place this week, determining participants for the state meet, which is Feb. 15-16 at Giants Ridge in Biwabik.

The run for the girls’ hockey Class 1A and 2A state championships get underway as all 16 sections begin playdowns this week. The state tournament is Feb. 22-25 at Xcel Energy Center.