The Polars, playing their intra-city archrival, were energized by a big home crowd. 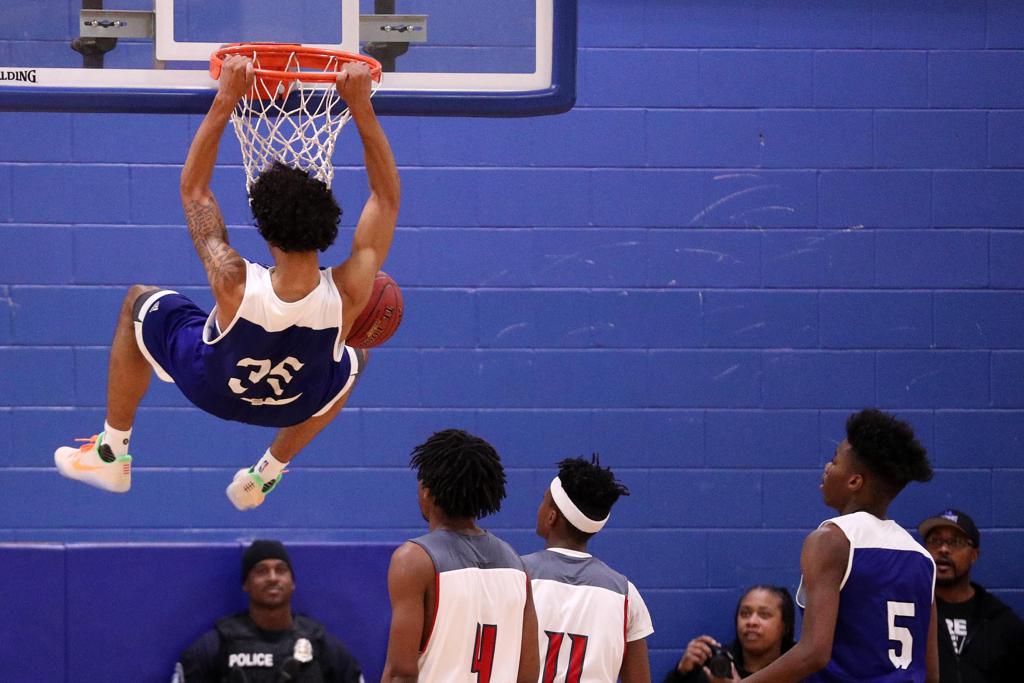 Minneapolis North guard Isaac Johnson (35) dunks the ball at the end of the first half. (ANTHONY SOUFFLE/Star Tribune)

It was as much about the moment as it was the opponent.

In front of a boisterous overflow crowd of about 1,500 at home, defending Class 1A boys’ basketball champion Minneapolis North showed its championship mettle, holding off archrival Minneapolis Henry 92-80 to take sole possession of first-place in the Minneapolis City Conference.

Isaac Johnson had 27 points and first-year point guard JaQuan Sanders-Smith added 18 as the host Polars kept the upstart Patriots at arms’ length for most of the game. Henry (7-3, 5-1) suffered its first conference loss despite the stellar efforts of guard Savion Smith, who finished with 38 points.

“Playing basketball is always fun, but those kinds of games are the best,” Johnson said. “With the big crowd behind you and everything, there’s never a problem with energy or anything.”

Taking the scoreboard out of the equation, it’s not far-fetched to say Henry outplayed North. The Patriots had little trouble executing their offense and crashed the boards hard. But even with Smith’s 38 points, Henry just couldn’t get enough shots to fall.

“It’s playing at North,” Henry coach Jeremy Miller said when asked what the biggest difference between the two teams was. “It’s a tough place to play. We got a lot of good looks, but the shots didn’t go in. I was trying very hard to stay positive so my players wouldn’t see how frustrated I was.”

North, pushing the ball at every opportunity, took a 50-37 halftime lead, punctuated by Johnson’s resounding two-fisted dunk at the buzzer.

Early in the second half Henry managed to wring out an 11-0 run, cutting North’s lead to seven, 60-53, but that was as close as the Patriots would get. North’s ability to attack the basket and get to the free throw line provided an answer to Henry’s run and the Polars (10-1, 4-0) quickly built the lead back to a comfortable 15 points, 75-60, and cruised to their 10th victory.

“We’re learning how to win,” said North coach Larry McKenzie, who coached Henry to four state titles from 2000 through 2003. “I tell our guys when you’re the champion, you play 30 championship games. Everybody wants to beat you. We were a little sloppy, but in a couple of months, you’ll see a much different team.”