The Gophers recruit is eager to try and turn around U’s program. 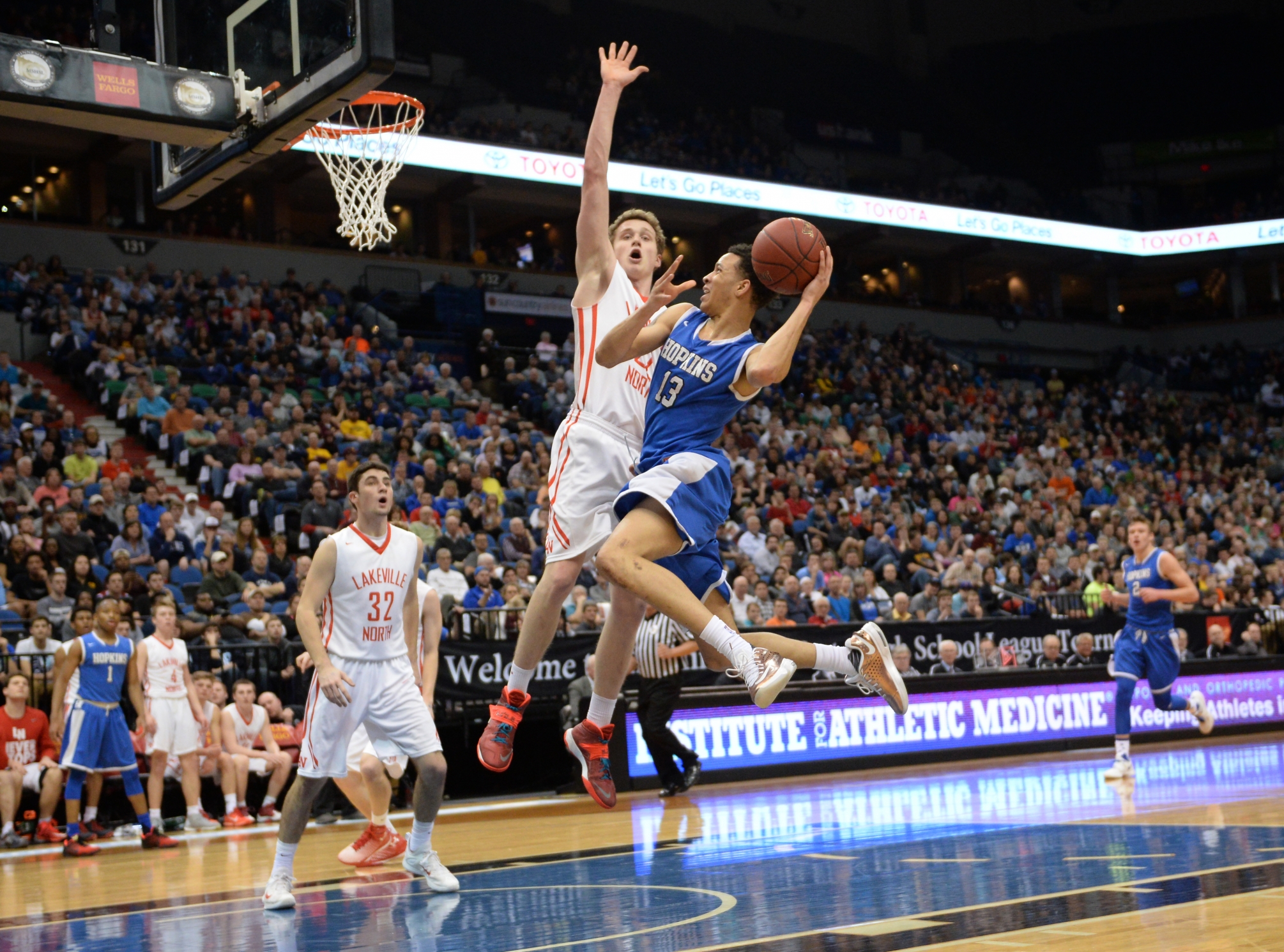 Hopkins guard Amir Coffey (13), named Mr. Basketball on Monday, scored off a layup while being guarded by Lakeville North guard Carter Brooks (22) in the first half of the Class 4A championship game on Saturday.

In the past week alone, he earned the Star Tribune’s Metro Player of the Year honor and became a state champion for the first time.

Coffey’s latest honor came Monday when he was named Minnesota’s “Mr. Basketball,” an award chosen by the Mr. Basketball committee and given annually to the top senior player in the state.

Other finalists for the award were Johnny Beeninga of Wayzata, Brock Bertram of Apple Valley, Michael Hurt of Rochester John Marshall and Steffon Mitchell of Shakopee.

The honor is no surprise. Coffey, a Minnesota Gophers recruit and the son of former Gophers and Timberwolves forward Richard Coffey, is a 6-8 guard who brings an innate court sense and passing ability in addition to his scoring prowess.

Coffey is a top-50 recruit in the country, ranked No. 32 in ESPN’s top 100. This season, he averaged 19.9 points for Hopkins and led the Royals to their first state title since 2011. Hopkins got to the state final by taking down top-ranked Apple Valley 84-60 before beating Lakeville North 64-55 to claim the championship.

Monday, Coffey went on ESPN 1500 for a live interview after he was awarded Mr. Basketball, but the state tournament remained a hot topic.

“Every team we played in the state tournament was a great team,” Coffey said on the air. “I’m just happy we came out on top.”

With a state title and yet another award under his belt, Coffey is getting ready for bigger challenges. Namely, he said he hopes to help turn around a Minnesota program that went only 2-16 in Big Ten play this season.

Despite concerns from his father about the program’s direction, Coffey said he will arrive on campus June 11 and start working out with the team.

“I don’t think the record shows how hard the guys over there work,” Coffey said. “I thought it was a young team over there, a lot of freshmen and sophomores.

“It’s a building process. Me, Michael [Hurt] and Eric [Curry] are ready to get there and start working out and start turning it around for next season.”